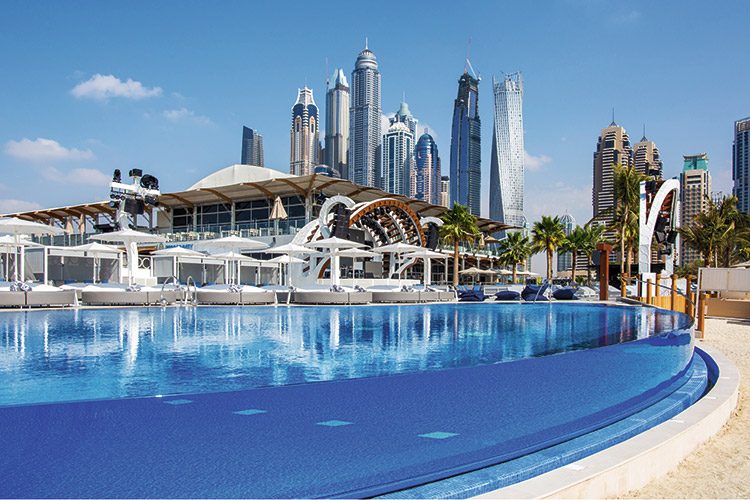 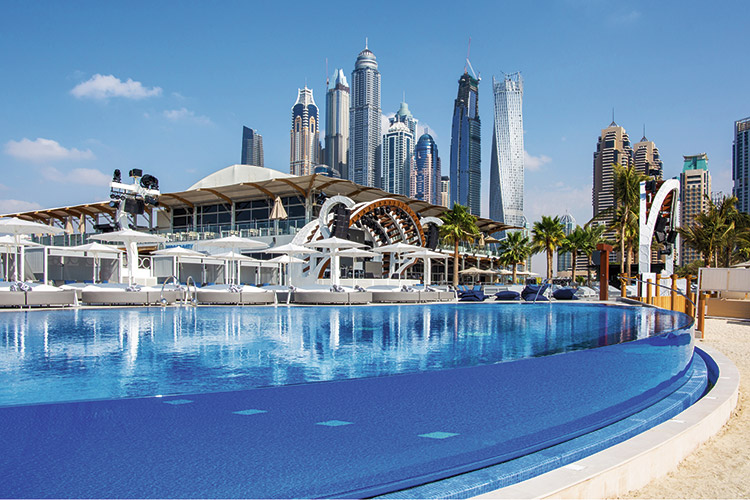 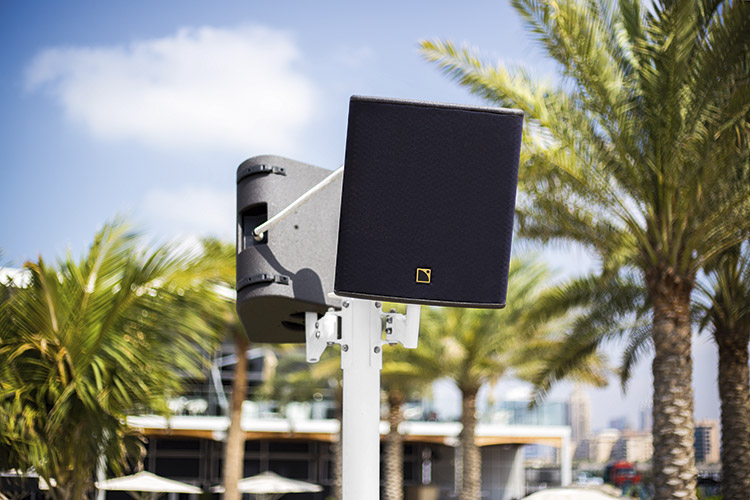 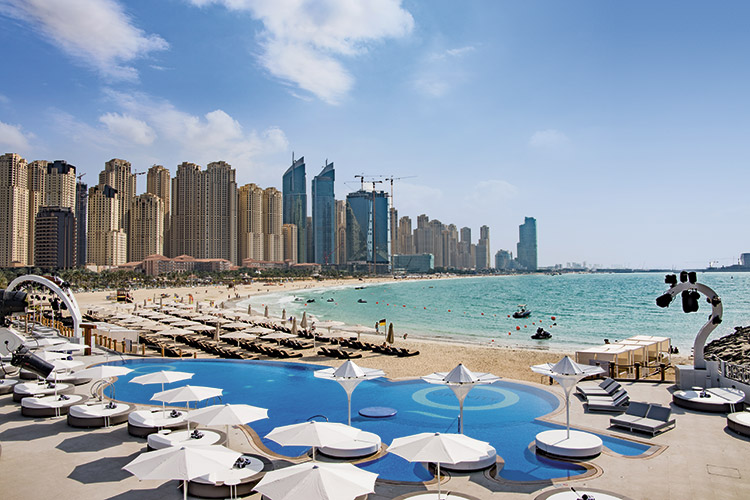 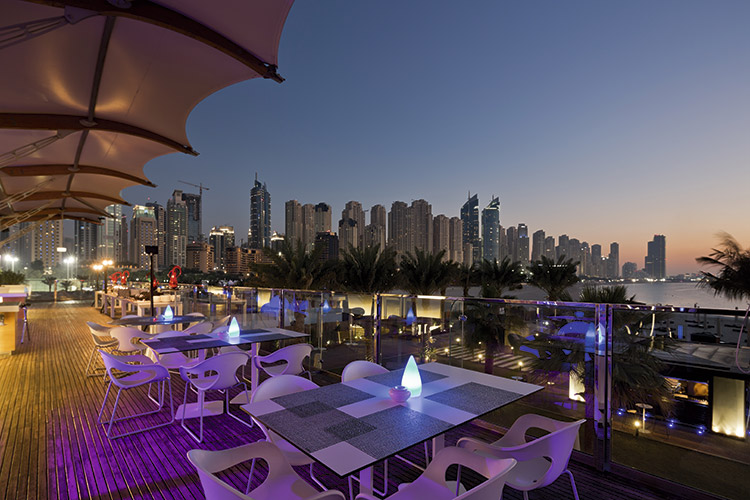 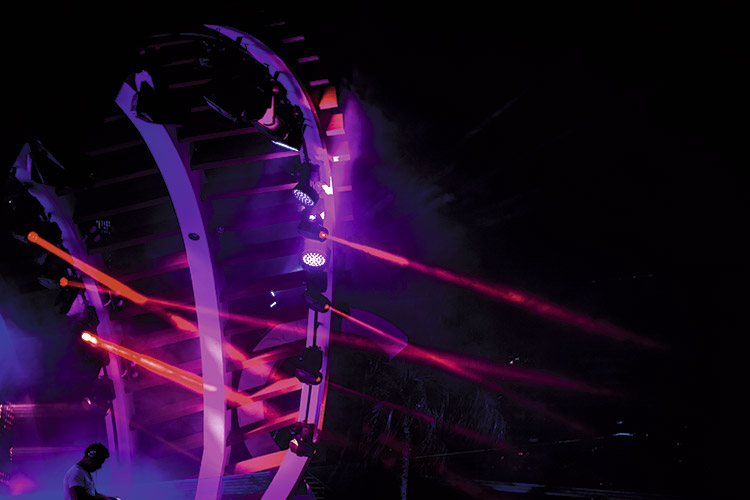 Described as a unique beach club, bar, restaurant, large-scale event space – with a brand new 39-metre glass fronted pool – Zero Gravity has certainly made waves in Dubai, and it’s all down to the incredible variation offered. Put simply, Zero Gravity seems to have everything. Visitors to the huge venue in Dubai Marina can go from the daytime straight to nighttime, from laid-back lounging on the beach or by the pool, lunch or dinner in the sleek, modern restaurant, right through to a full-on party at night.

With such grand plans in place for the overall design of Zero Gravity, it was vital that the technology was able to match and enhance the experience for the clientele that would soon be enjoying the venue. A list of bidders was drawn up by Zero Gravity, which included Delta Solutions, who were awarded the opportunity to begin work on the venue. Gareth Armstrong, the Contracts Manager at Delta Solution’s Dubai office, explained the story further: “Delta Solutions currently provides a rental solution to Zero Gravity, so when the client revealed that they required an integrated permanent solution, we were added to a list of bidders for the venue.”

“The management team at Zero Gravity wanted something unique with a wow factor to set itself apart from other beach-clubs within the region, so they set about designing just that and then asked us to make their design a reality.”

Gareth continued: “Because of the current international expertise and relations we have through having offices in the United Kingdom and Hong Kong, we worked closely with professionals and experts from a few different fields to work on a bespoke, unique concept that was incomparable to other venues in the region.”

Gareth explained Delta Solutions’ approach to the audio installation on Zero Gravity’s main stage: “When it came to the loudspeakers, Zero Gravity decided that L-Acoustics offered exactly what was needed. We are distributors for L-Acoustics in the region, but it was a natural choice, given the performance, quality and unrivalled performance of the L-Acoustics boxes. We designed the main stage PA at Zero Gravity, which comprises of two hangs of six K2 loudspeakers, with eight SB28 subwoofers. The delays comprise four stacks of three Arcs Wide with another four SB28’s.”

L-Acoustics was used installed throughout the venue, including the pool area which features four towers of four Arcs Wide each with a SB18 subwoofer, while the gardens were installed with 24 X12’s from the new L-Acoustic X-Series, which offer exceptional quality for background music around the grounds.

There was plenty to consider, though, when it came to the audio installation, said Gareth: “The audio is also configured into a Dolby 5.1 system as Zero Gravity wanted to be able to also screen movies on the beach, where surround sound is achieved at the outdoor venue, with routing done via a DiGiCo S21 and D-Rack, along with Dolby processing. The state-of-the-art L-Acoustics K2 and Arcs Wide system is the first of its kind to be permanently installed in the region and, having been used to great effect at Coachella Festival and the Olympic Games in Russia and London, Zero Gravity now offers that calibre of sound, with exceptional clarity and depth.

Delta Solutions were again given the task of making the lighting install unique for the Dubai venue. The team set about deciding on lighting fixtures that would create the desired vision for Zero Gravity. “Clay Paky has created the A.leda B-EYE, which is what the client wanted at Zero Gravity, and we managed to integrate these into the design. We have also gone for some Studio Due Space Flower 3000’s, as well as Vision Lighting XS3 Beam / Spot / Washes, to create a lighting set-up that is perfect for the different parts of Zero Gravity.”

Elsewhere, Delta Solutions also worked on the visuals, which had very specific requirements for the different areas within the complex. “Zero Gravity wanted something where the LED screens are not simply used for DJ visuals, but also for a movie to be played when needed, or an Instagram account integrated for days at the pool or beach. We have achieved this for Zero Gravity and it really makes a difference. We chose PIXCOM Technologies for the visual requirements on the project, as their track record for the best quality and impressive service is well known,” added Gareth.

“When it came to deciding on lasers, we went straight for Kvant. They are the industry leaders for lasers, so, albeit expensive, we went with suppliers who have a track record of being reliable, as well as having that proven quality that Zero Gravity required,” said Gareth.

Following the installation from Delta Solutions, the end result is truly incredible, with Zero Gravity genuinely offering something for everyone – reflecting the varied clientele that visit through the day and into the evening.

“I think it is always a great feeling to look at the events being held at Zero Gravity now and realise that all the hard work from the contractors that were on board has finally paid off,” said Gareth on the overall project.