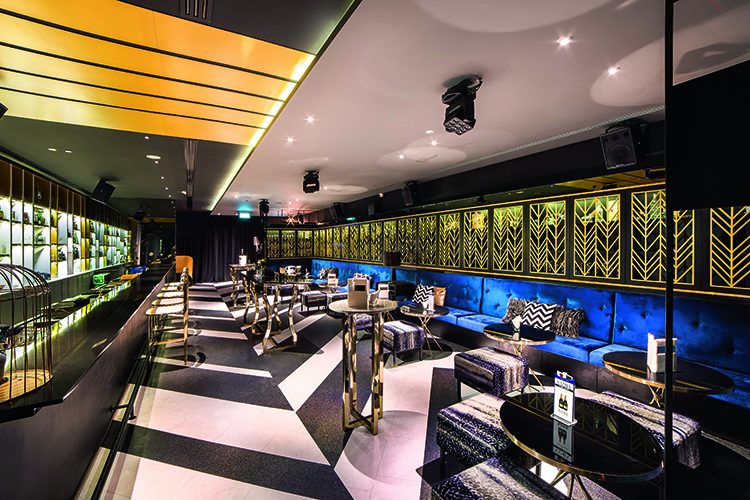 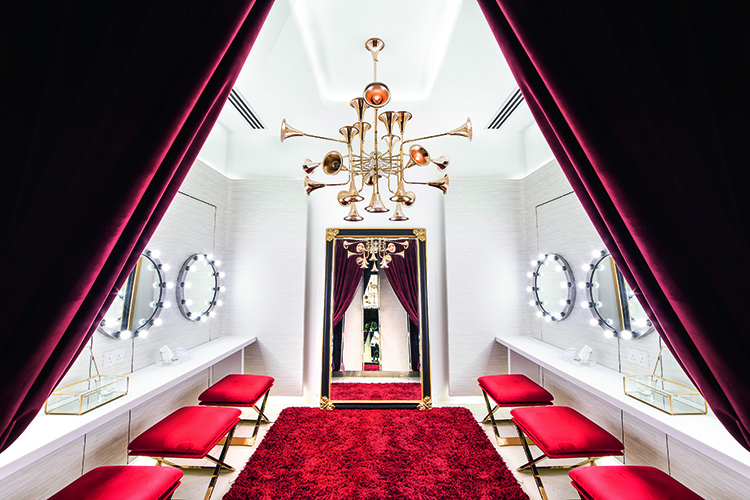 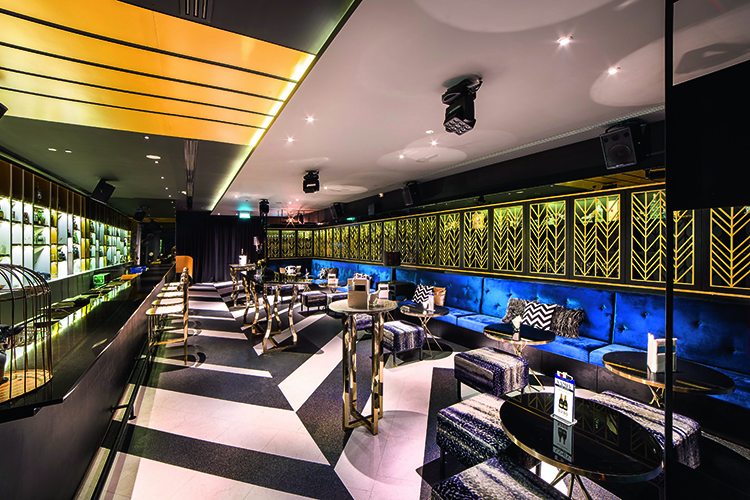 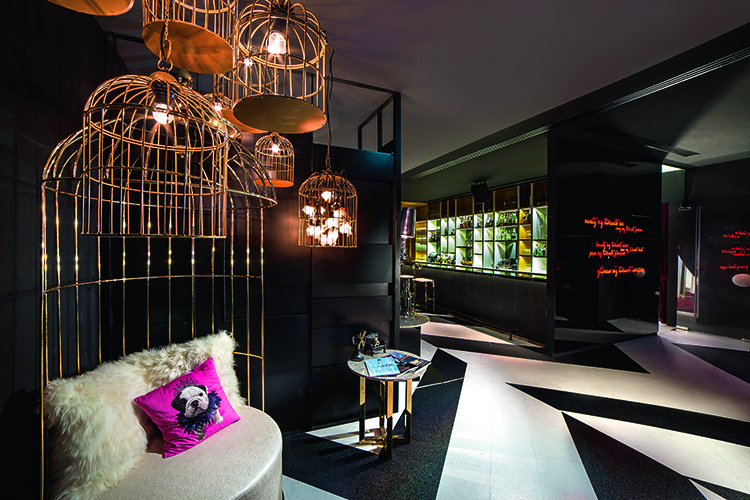 Men of a military age in the late ‘60s will remember Beach Road Camp, a collection of buildings that new recruits reported to before being enlisted to the army. While much of the army complex was demolished in line with modern day army recruitment procedures, three buildings remained and have recently been transformed into a hospitality and entertainment resort.

Lounge bar, Vanity boasts an old-school glamour theme complete with luxurious powder rooms that have really set tongues wagging. A bridge separates this and members-only club, Suite 26, which has a bar stocked with high-end liquor brands, a central dancefloor and DJ booth surrounded by VIP booths.

Vanity and Suite 26 are both new brands but Massive Collective Director, Philip Poon and John Bosco Lopez aka Funk Guru, wanted to ensure people knew they were part of the group, in order to entice guests.

John Bosco said: “We wanted the design to be glamorous, elegant. We selected an opulent black and gold theme for Vanity with a clean, modern twist. At the half way point in the design process, we invited Team 108 to come in, so they could combine the design with the audio requirements. Having known of Team 108 for so many years and the fact that they are still around and come highly recommended says enough of our choice of vendor. We’ve made the mistake before of carrying out the design first and then looking at where to place the speakers.”

There are different music policies for Vanity and Suite 26, the former plays hip hop and r ‘n’ b, while the latter is more focused on EDM. Kevin of Team 108 explained how he got the gig: “As the biggest EDM club operator in Singapore, Massive Collective had received a number of requests to consider Funktion One.

The final system comprises four Funktion One Res 2’s supplemented by two Funktion One BR218 bass enclosures for the main PA, as well as two Funktion One F101 loudspeakers and a further four BR218’s and two Funktion F1201’s for DJ monitoring. “There were no issues with having the two BR218 sub bunker below DJ console, as it ensured low end for the room. To avoid issues with the interior designer’s furniture layout and floor space constraints, the supporting four BR118 were suspended from the ceiling,” said Kevin of Team 108.

Funktion One’s John Newsham flew in from the UK to tune the system, he said: “Tuning was pretty easy in the main room, I checked everything for polarity and adjusted the hanging angles of the Res 2’s and F101’s a little then did a time alignment by ear to get the system sounding in time as a whole. Once this was, it’s as if the sound just follows you around the room. A well-timed system is less likely to need EQ and, in fact, we didn’t use any. We went back later at night when the club was open and made a few small final tweaks, the system sounded really good, loud, clean, strong and involving – the owners were extremely pleased.”

The sound system in Vanity needed to be more discreet due to it having more of a lounge-style concept. The owners ideally wanted the boxes to be hidden from the normal line of sight. Six Funktion One F101’s have been deployed around the periphery of the room, with low end taken care of by three Funktion One BR118 subwoofers.

Systems in both rooms are powered by FFA amplifiers, five of the new FFA-6004’s and a single FFA-1000 in Suite 26, alongside two Funktion One XO4A loudspeaker management systems, and two further FFA-6004’s for Vanity. “It was an obvious choice after the shootout – since it delivered beyond the owners’ expectations – to go for FFA and it has been doing an excellent job since it was installed,” said Kevin.