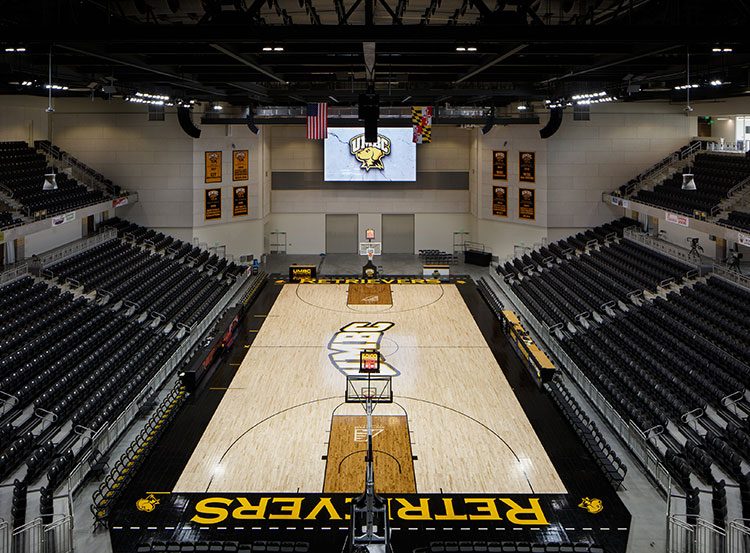 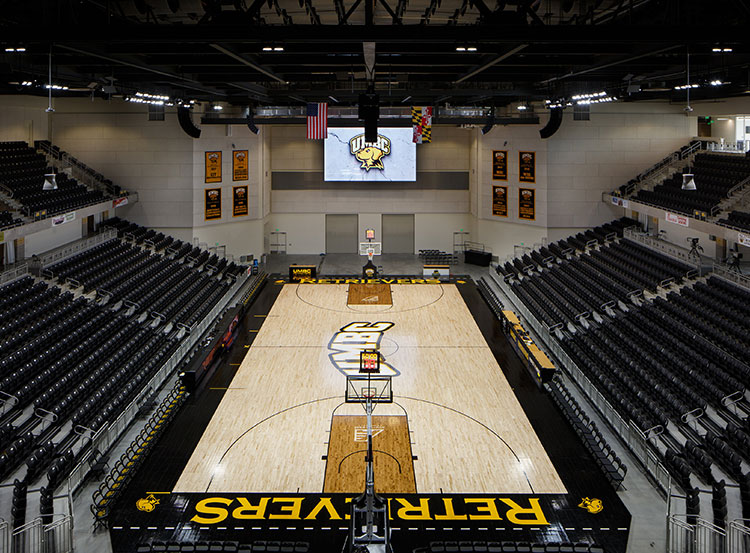 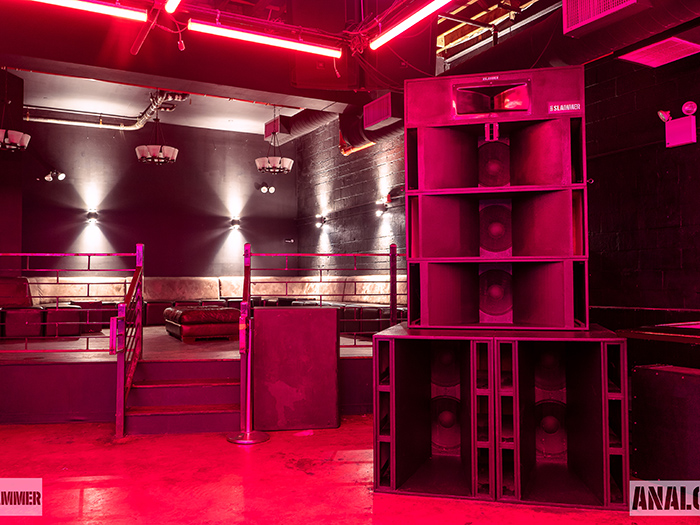 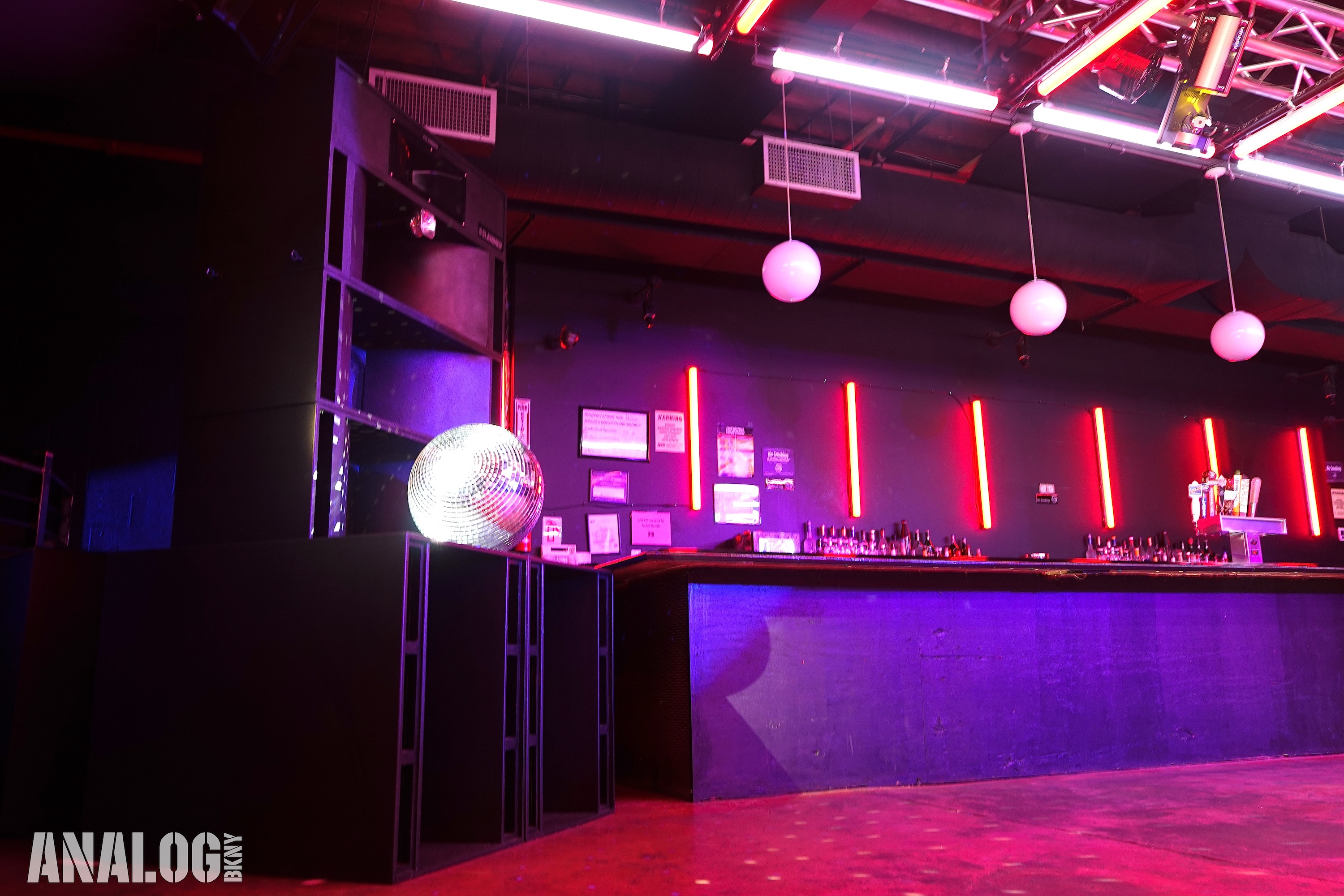 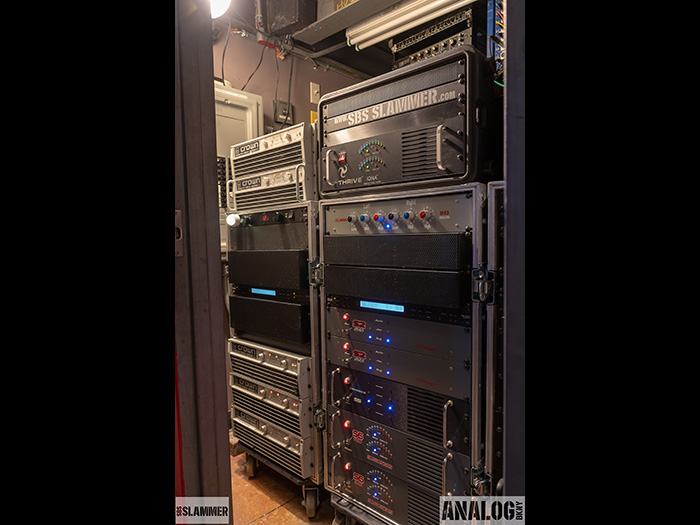 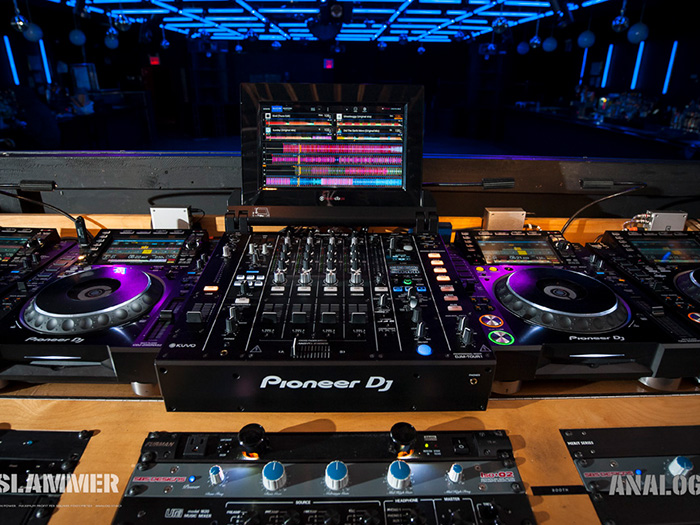 What were the main challenges during the installation and how did you overcome them? *

In many ways, the UMBC Event Center defines the recent trends toward building and equipping a “do-it-all” venue for a university campus. Principally, the new 172,000 sq. ft. structure serves and the home arena for UMBC sports, but it is also called on to host a wide variety of entertainment events and educational convocations. This requires exceptional versatility in the audio system as it must supply the clarity and uniform coverage required for spoken word intelligibility as well as the power and extended bandwidth needed for music reproduction. Also, as is normally the case with public institutions, budgetary considerations also must be taken into account.

When it came time to finalize plans for the new venue’s audio systems, the principals of Design & Integration worked closely with the university’s own experienced audio team. Working within the design specification given by the project’s acoustical consultant, they developed alternative solutions for realizing the desired audio bandwidth, levels and coverage uniformity.

Fortuitously, Meyer Sound had recently introduced the LINA line array loudspeaker, the smallest of its LEO Family systems. Using acoustical modeling software, the design team discovered that a LINA system could realize the same performance objectives and the other main alternative but using fewer arrays. This not only reduced cost, but it also had greater aesthetic appeal. Also, because the alternative loudspeaker systems employed external amplification, the self-powered LINA solution would simplify installation and further reduce bottom-line costs.

Why should this project win? *

The new $85 million UMBC Event Center is the long-anticipated new home for indoor sporting events at the University of Maryland, Baltimore County, and in addition it serves as a flexible venue for hosting concerts, convocations and graduations, trade shows and other events. About 4,700 fans are accommodated for UMBC Retrievers basketball and volleyball games, with uniform audio coverage and “pump ‘em up” power supplied by a distributed system based on Meyer Sound’s new LINA ultra-compact line arrays.

The new Meyer Sound LINA system is the centerpiece of a complete AV package designed and installed by Baltimore-based Design & Integration. According to project engineer Kevin Barrett, his company worked with university technical and managerial staff to come up with the optimum, long-term solution for a house reinforcement system.

“We decided to pursue the Meyer Sound solution and discovered it offered a number of advantages,” says Barrett. “We came up with a design that not only would meet or exceed all the performance numbers, but also would fit into a smaller footprint, reduce installation costs, and provide more configuration flexibility along with detailed system confidence monitoring.”

Frantzer LeBlanc, director of events and operations at UMBC, has been extremely pleased with the system’s performance across the variety of events the center hosts. “The sound conforms to the bowl in a way that gives a sense of intimacy despite the size. We also really appreciate how easily and effectively we can zone the system to cover only designated seating areas when we’re using part of the arena, no matter the event.”