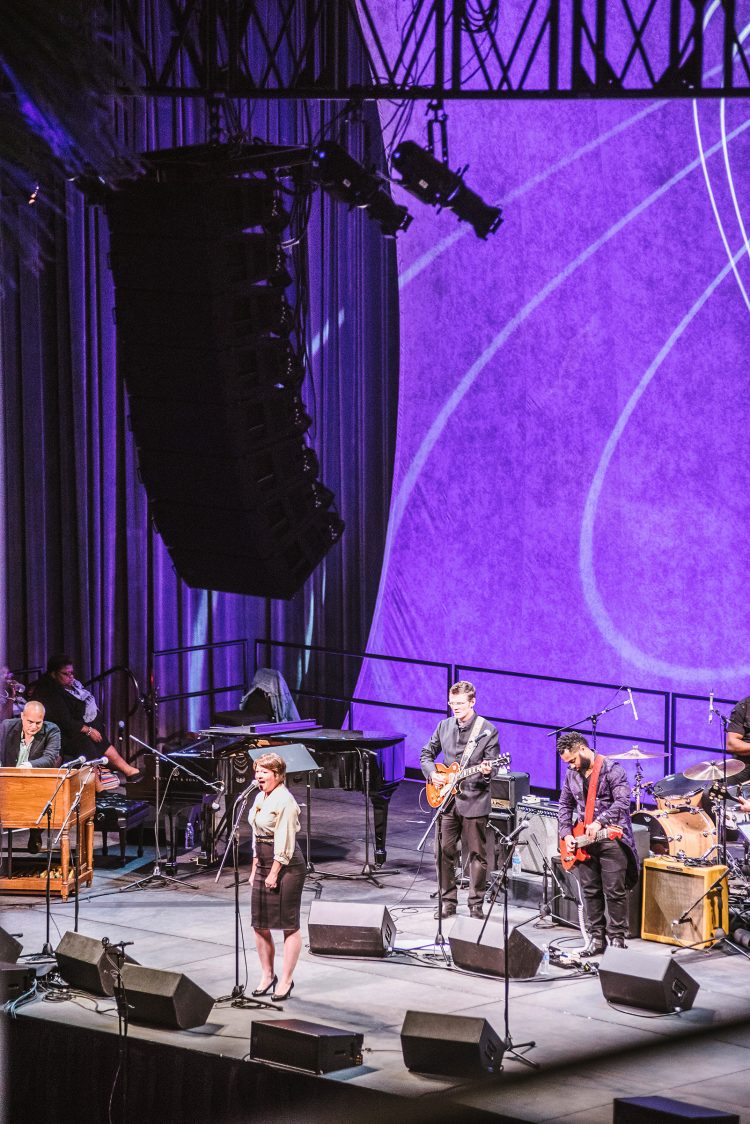 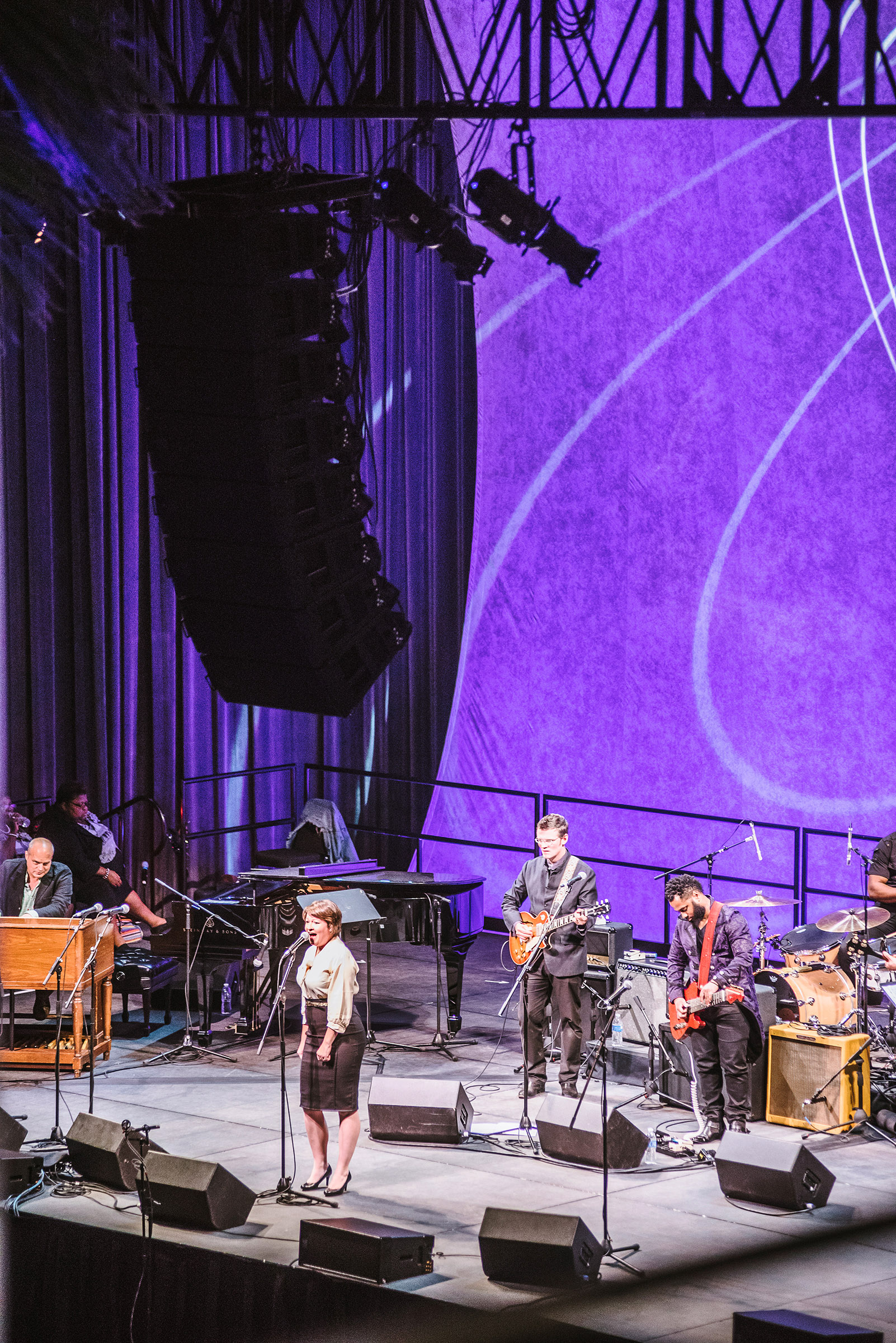 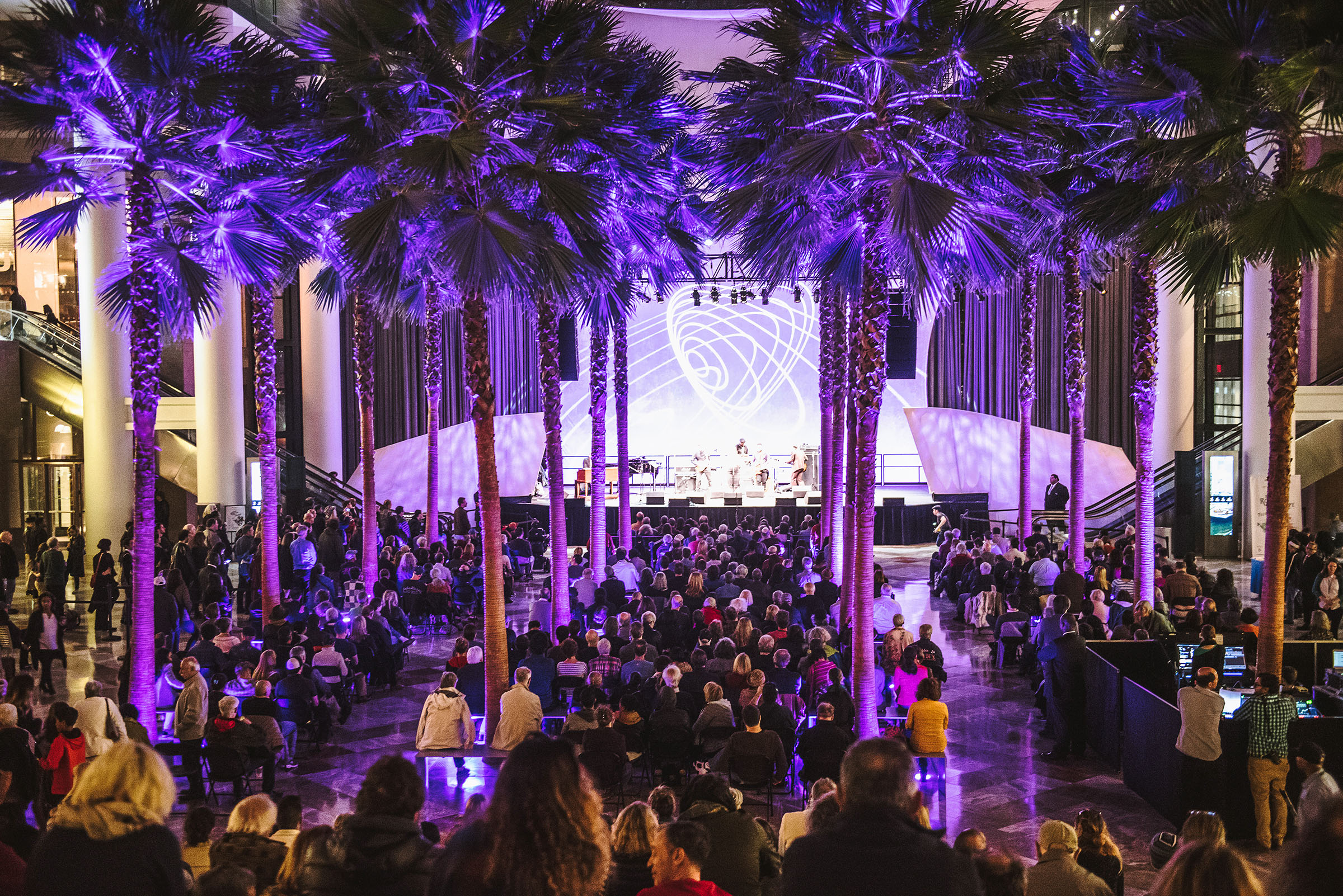 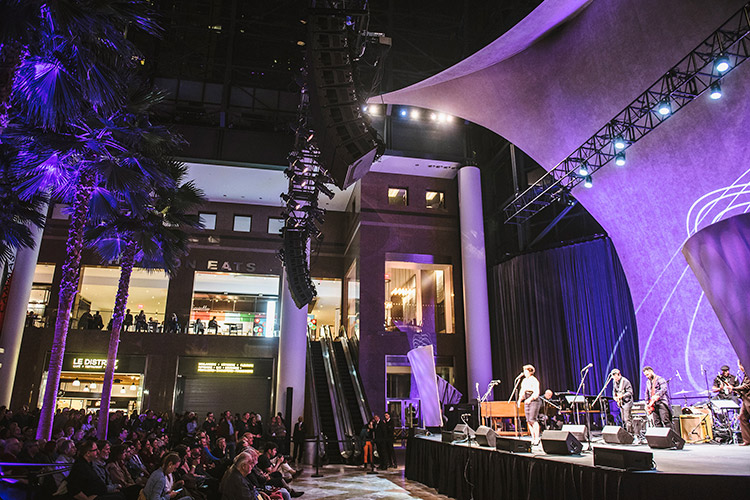 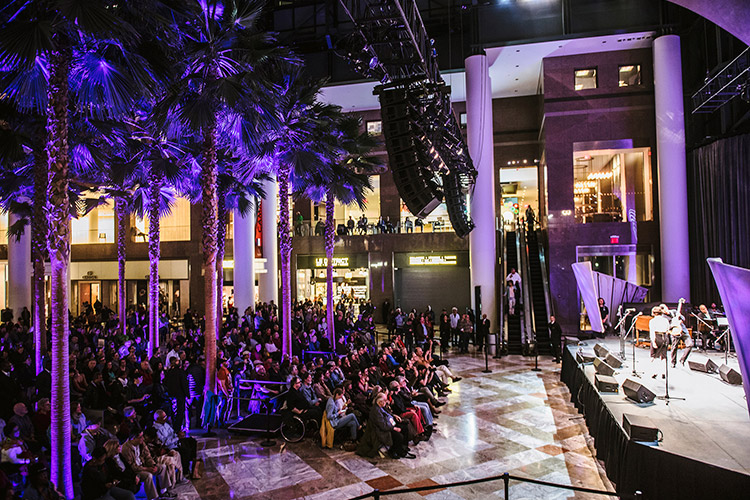 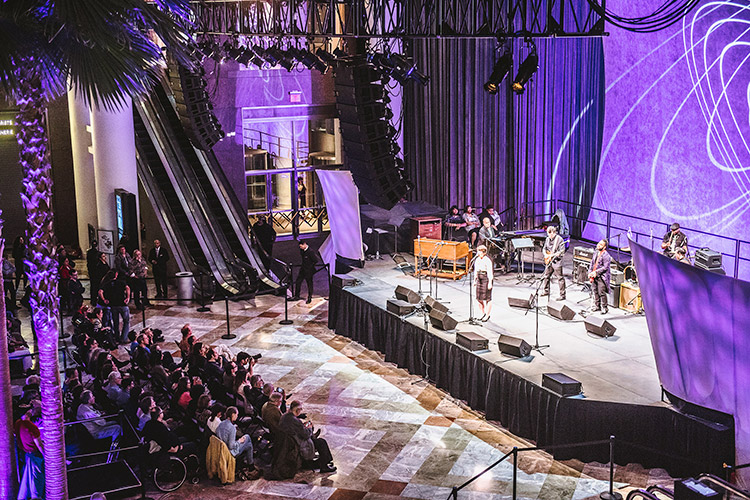 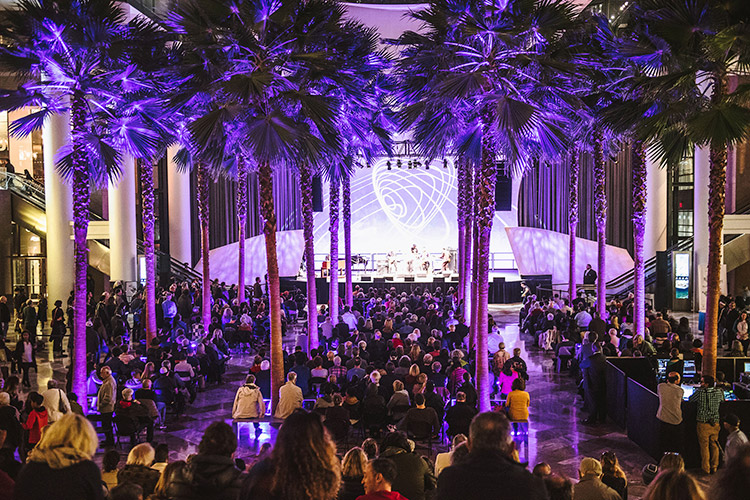 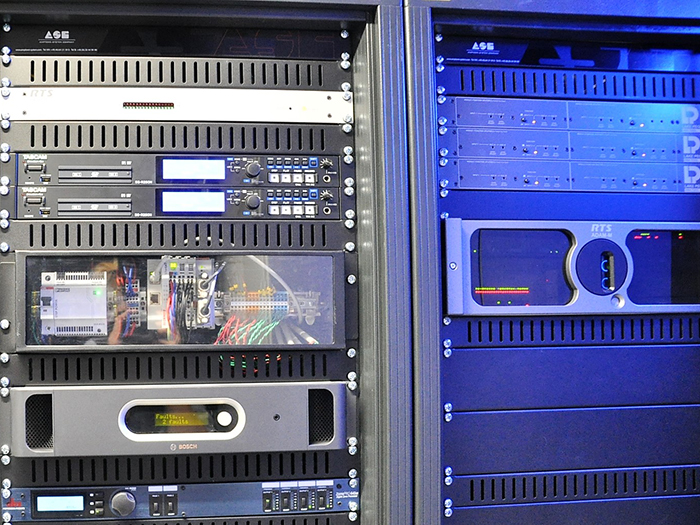 Estonia´s historic Vanemuine Theatre has entered a new era with durable sound mixing solutions. The aging stage and media technology in the Estonian Theatre Vanemuine was replaced by state-of-the-art technology as part of a European renovation project. The project involved Estonian, Dutch and German companies, planners, architects and system specialists. The Vanemuine Theatre is Estonia’s oldest and only tripartite theatre. With the Big and Small House and the Black Box, there are three venues. We are talking about the Great House, a building complex with a theatre that seats 682 and a concert hall that seats 842, all genres are performed – from opera to classical drama, from musicals to children’s plays, from modern ballet to symphony concerts.

In 2012, the Vanemuine Theatre Foundation decided to carry out a general renovation of the stage and media technology in the Great House. After the Theatre had approved the financing and awarded the construction works in a European competition in 2014, the renovation was carried out in two construction phases 2016 and 2017, the final works of which were completed in September 2018: In the first step, the upper machinery and the stage lighting were renewed, in the second step the lower machinery as well as the audio and video technology including the new stage manager technology were renewed. We are concentrating here on the second part of the refurbishment.

Meyer Sound Leopard line arrays were used for the front sound – the surround sound consists of 24 UPJ-1XP loudspeakers, which were amplified by the MPS-488HPp. Eight MM4 loudspeaker systems are used for the delay below the balcony. Eight Meyer Sound UPM-1P loudspeakers are available for near-field sound reinforcement of the first four rows in front of the orchestra pit. In addition, four-channel UPQ-2P are used for stage effect sound. For monitoring there are two permanently installed CAL64 column array loudspeakers and four temporary MJF-210 loudspeakers on the stage sides. The front sound system is divided left and right into a line array cluster consisting of seven Leopard components and three 900-LFC sub-bass systems. One of these systems for cardioid functionality is oriented towards the stage area. The centre system is divided into two clusters, each with two Leopard line array elements. One cluster is oriented towards the parquet floor, the other towards the stage. This formation works thanks to the unrestricted visibility of the surtitling system, which is located above the upper middle edge of the stage.

In the audio control room a DiGiCo SD7 console with Sound Grid is used as main desk and a DiGiCo SD10 console as second console. Both consoles are equipped with the T-software (for theatre use). Four permanently installed SD racks, a mobile SD Mini-rack and a D-rack are included for direct audio editing via fibre-optic from the stage to the consoles. With a Shure Axient system that includes extensive RF management and control, the theatre has a reliable, high-quality 30-channel wireless microphone system.

After the stage lighting was renewed with modern infrastructure and new spotlights in the first construction phase in 2016 – 2017, the audio, video and IT technology in Vanemuine Theatre was modernised in the next step. For audio transmission, an integral fibre-optic network was set up as a virtual ring network topology (redundancy) with audio routing. The modern BroaMan video network and the fibre-optic network are designed by Dr. Chemnitius and ASC project manager Jan Vandrei as a redundant star-shaped network topology: It is equipped with high-resolution signal interfaces for A/V on all offset boxes throughout the theatre and allows access to 3G SDI video signals. Below the revolving stage, the data is transmitted via a fibre-optic interface to the interfaces in the offset boxes there. Throughout the stage area, in the galleries, and on the stage floor, there are numerous connection points to connect video sources and sinks. The BroaMan video network includes a video matrix with 36 inputs on 40 outputs for distributing high-definition video signals throughout the home. At the same time, a BroaMan inspector video system with 12 inputs on 22 outputs organises the video signals of the eight Panasonic full HD cameras, AW-HE-130 and control/foam monitors in the stage house so that images can also been received there. ASC has also installed a Full HD analogue video router with 64 HD-SDI inputs and outputs.

The stage-management desks were developed by ASC especially for the needs of the theatre in close coordination with the leading stage-managers. The consoles contain the real-time media control from adunas. The larger main console is located on the right side of the stage and contains two adunas 22-inch touch panels with a complex control for audio, light, video, curtain, clock functions, feeders and gong – it communicates with the lighting control console. From here the most important lighting circuits are controlled, e.g. the control of the conductor spot and the working lights in front of and behind the stage as well as in the galleries.

For theatre rehearsals, a smaller, mobile console is used, which has almost the same functions as the main console. ASC has integrated RTS’s OMNEO media network architecture into the Vanemuine Theatre’s intercom system. Standard TCP-IP network infrastructures can be used to connect to the central redundant ADAM M intercom matrix. It is the most modern IP-based intercom system currently available on the market. This eliminates the need for additional intercom cabling and makes the temporary use of microphone stations in theatres much more flexible and location-independent. OMNEO uses the widely used DANTE network for audio transmission and AES70 for control signal transmission. This considerably simplifies the transparent integration of external components and audio signals into the Intercom system with 13 access points and 35 beltpacks.

A server system is available for video recordings, the control of which is implemented in the stage management system. The monitoring function via monitors distributed throughout the building is also implemented. These are supplied via a broadcast network, and the video signal is fed via multi-channel full HD digital video modulators.

One of the challenges of this project was ensuring full match operation between the construction phases during planning and execution. The system integration took place during the renewal of the entire stage technology, which was carried out by a Dutch stage technology company. As a result, products, their positions and settings very often had to be reconciled – in some cases it was even necessary to change the product and the system solution. ASC is familiar with changes in construction operations; many experiences have already been made in similar situations in the entertainment areas on cruise ships. The ASC team reacts confidently and flexibly and integrates the best possible technical solution for the customer. There were similarities to the maritime business in the logistics alone. In addition to the installation work, careful planning, pre-production and organisation were prerequisites for a satisfactory service and a happy customer.

All modernisation measures also included the renewal of the entire power distribution measures for stage lighting, AV and IT technology. The result is a change from simple, largely manual operation to highly complex, computer-aided control of stage machinery, stage lighting and audio and video technology. Due to the good training as well as the technical affinity and enthusiasm of the theatre staff, the changeover went quickly and smoothly.

The overall project included all facets of media technology: lighting, sound, video, communication, control, IT/network, and unusual system solutions such as the modern video network and the fibre-optic network as a redundant star-shaped network topology. In addition to competence in media technology and flawless installation, good communication and excellent logistics were required. This required installation work, careful shipping planning, targeted pre-production and very good organisation. All this is the prerequisite for outstanding service and a happy customer.