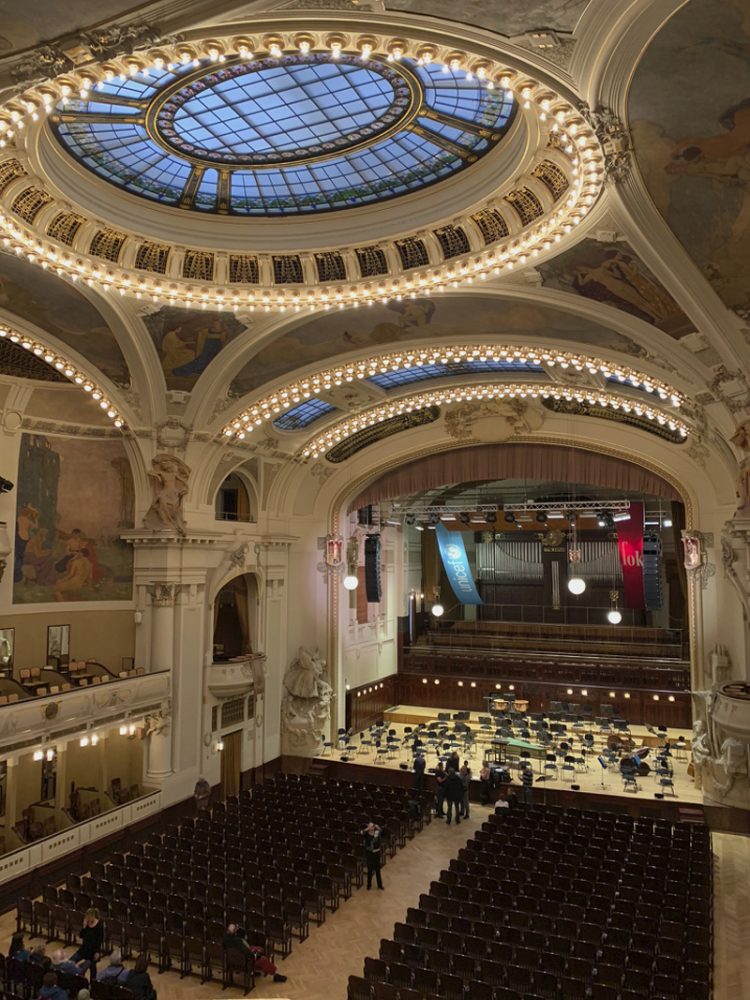 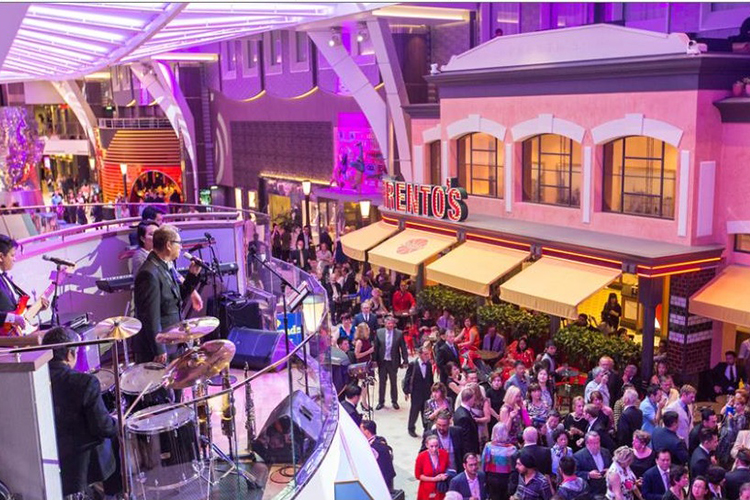 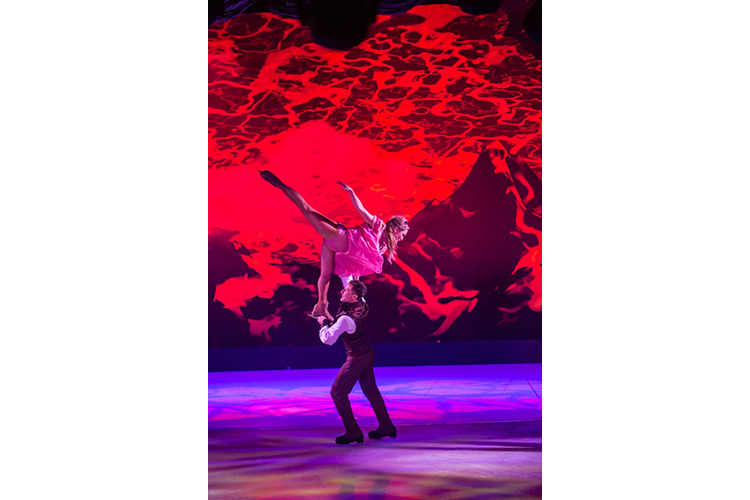 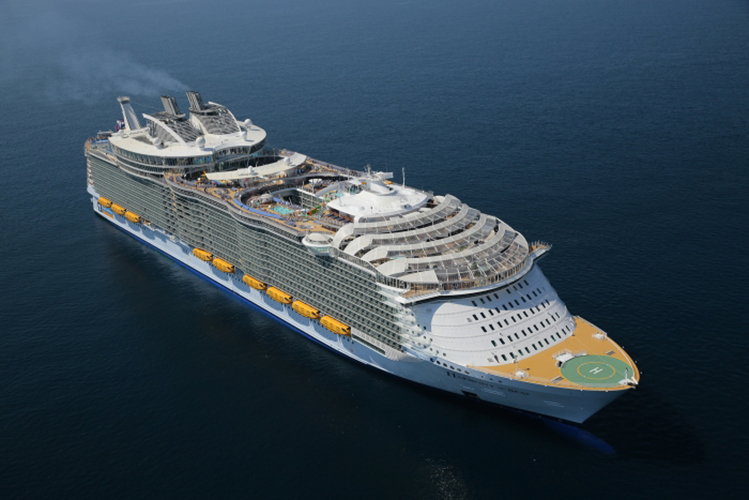 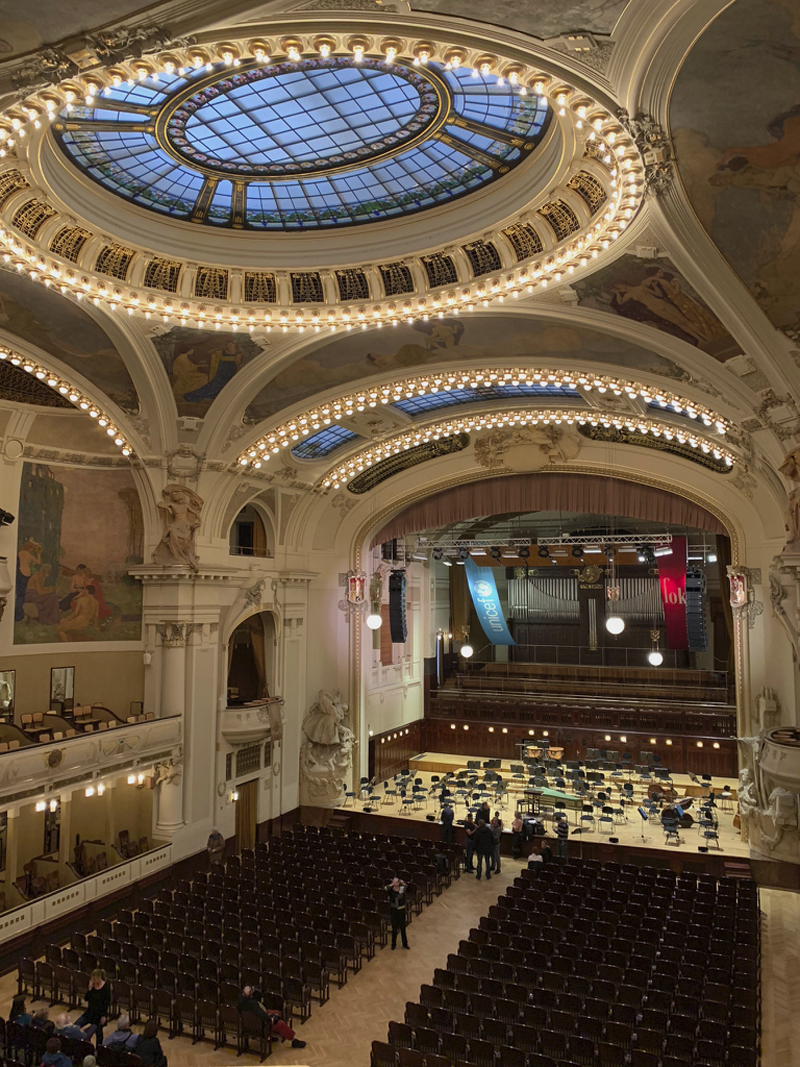 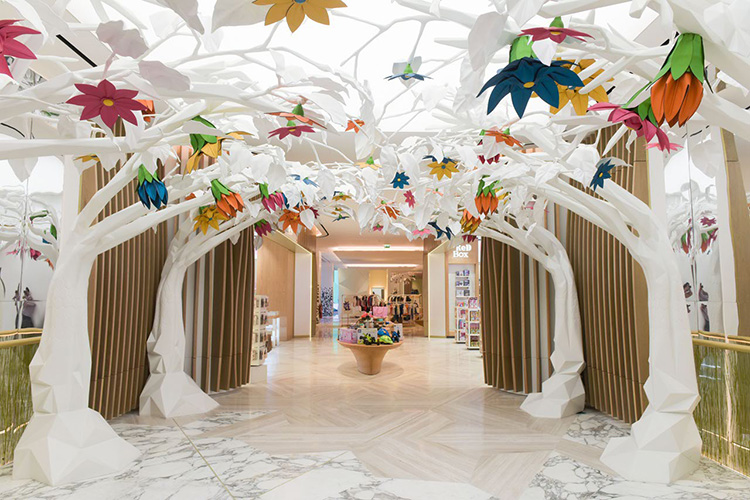 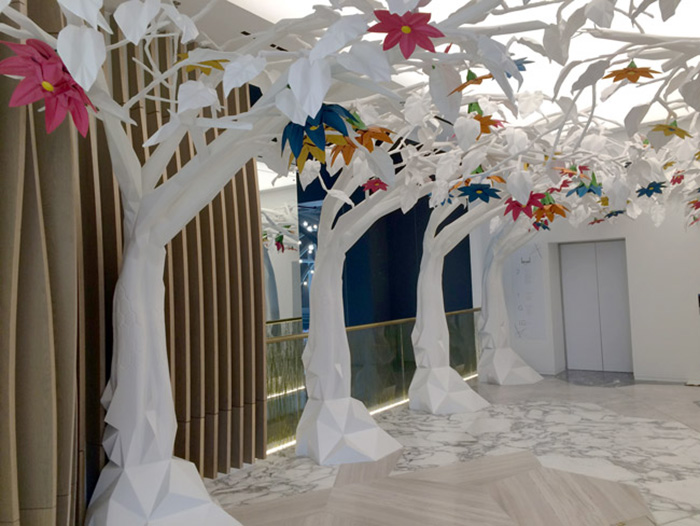 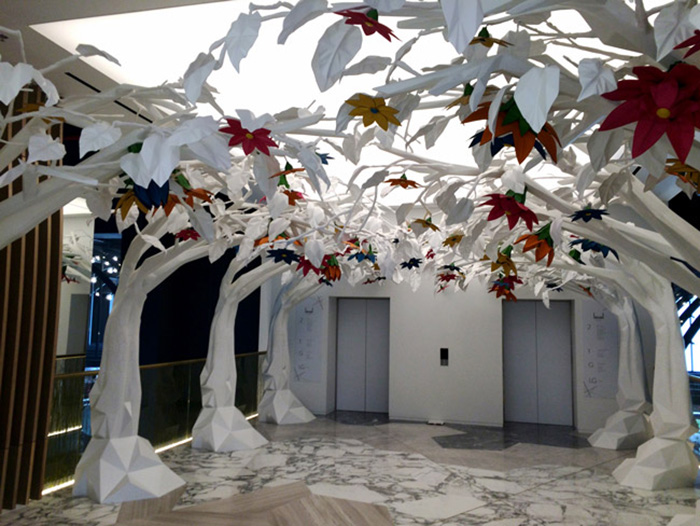 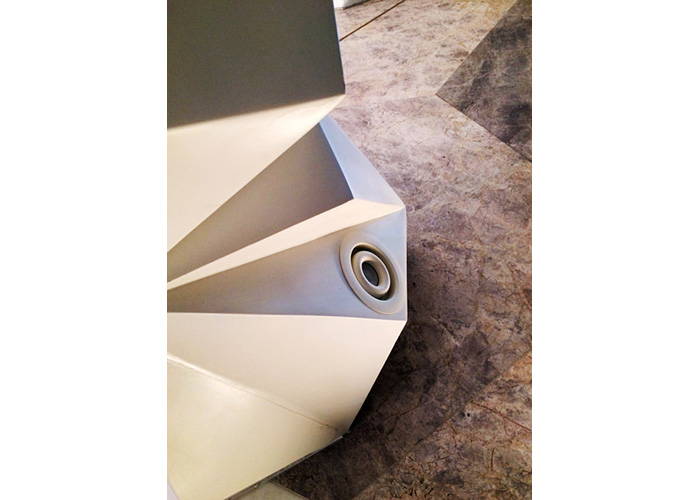 The supremely elegant Municipal Hall in Prague, considered to be the finest example of modernist art in the Czech Republic, has completed the permanent installation of a NEXO STM Series line array system in the renowned 2,000-capacity Sala Smetana.

Oozing historical significance, the Municipal Hall has, since it was built in 1910, been one of the most important buildings in Prague. Extensively reconstructed in the early 1990s, the Municipal Hall has always made extraordinary efforts to respect its heritage and architectural merit. Modern technology has been installed with great sensitivity for the interior aesthetic, and the requirement for a fixed large-format PA system posed considerable challenges.

One of the primary objectives of the Municipal Hall was for a permanent solution in its showcase venue, the Sala Smetana, that would eliminate the need for various rental companies to bring in different systems for each event. The aim was to specify and install a high-spec line array system with a world-class reputation, that would deliver a consistent level of performance appropriate to one of the most prestigious concert halls in Europe, without sacrificing its carefully guarded aesthetic.

Another key objective was to connect the six performance venues and numerous meeting salons in the Municipal Hall building, which are often used in combinations. With the installation of a Dante network throughout the venue, all the separate public spaces have been tielined, and house engineers are able to manage all systems from anywhere in the building.

Owned by the City of Prague, the Municipal Hall is home to the Prague Symphony Orchestra, which benefits from the famous natural acoustic of the main Smetana Hall. However, it was an open secret amongst Czech Republic engineers that the Smetana was a challenging venue for amplified acts. Hosting a variety of events ranging from rock bands, to cinema with live orchestra, to fashion shows, jazz and rock concerts, even the Miss Prague beauty pageant, the Smetana Hall needed a contemporary solution. House engineer Miros Svaton and chief technician Milan Kroupa, having listened to virtually every high-end PA system on these events, had come to a firm conclusion that NEXO line arrays were the best fit for the room.

For many years, the Municipal Hall has had a close relationship with equipment sales and installation company Music Data, so Tomas Ourednicek’s company (also the NEXO distributor in Czech Republic) was the obvious choice to oversee the project.

“The Hall has been using a NEXO GEO S8 mobile system very successfully for several years, and the larger NEXO line arrays have been coming through the venue so the engineers were very familiar with their performance,” explains Ourednicek.

One of the biggest concerns for Hall management was the visual impact of a large line array system in the Smetana Hall. After careful deliberation, the hangs of NEXO STM Series cabinets were meticulously positioned to achieve a low visibility without sacrificing performance. The Hall’s skilled technical team, under the guidance of Technical Director Petr Stepanek, had to deal with numerous installation challenges in order to respect the historic fabric of the building, including making special fittings so that the old flying points could be adapted to carry the new arrays, as well as hiding 3 kilometres of cabling needed for the network and the surround speakers.

MusicData specified a NEXO STM Series modular line array, using nine M28 double 8” main cabinets per side, together with a single S118 18” sub per side, flown at the top of the array. Ten new speaker positions, fitted with NEXO’s super-compact ID24 cabinets, serve as stagefill, frontfill, balcony and box fill.

“The main system has a lot of power and huge headroom,” says Ourednicek, “we never see the red LEDs on the amps. Initially, we were concerned about only having one sub, but the system is so well-suited to the acoustic of the hall, that there is more than enough low-end. The little ID Series are primarily deployed for speech presentations, such as tourist visits: for the main events, the STM array is throwing 38 metres to the back of the balcony, giving superb clarity and coverage. Altogether the system has provided a big improvement in coverage on the sides of the Hall.”

For the installation team, which included Stanislav Muryc and Martina Svecova from MusicData, the big challenge was time; finding space in the Hall’s busy calendar proved so difficult that the guys had to work at night. CAT6 cabling was run throughout, with full redundancy, to connect all the various salons and the six performance spaces in the venue using TCP/IP to establish 3 networks: 64×64 point Dante, control protocols for the consoles and Yamaha MRX7 matrix, and a local wifi network for internal connections.

“We had to be ingenious! We had to use some existing access points, so this is not perfect-world cabling,” admits Ourednicek. However, the benefits are impressive.

“Now, from every point in the house, we have iPad control of everything in the Municipal Hall venues. We even have remote control of the system in the MusicData office, which is invaluable for diagnostic support. With the tielines, we can provide feeds from the main console in the Smetana Hall to other salons in the building, which is a great feature for corporate and governmental events.”

To accompany the STM Series main PA, the Hall has invested in Yamaha CL3 and QL1 consoles. The CL 3 is completely mobile, thanks to the network, with the QL1 fixed in the control room. All management of the MRX matrix, the NEXO NXAMP amplifiers and the Yamaha digital consoles is handled by Yamaha ProVisionnaire software.

Ourednicek comments that “the compatibility and connectivity between Dante, NEXO STM and our Yamaha consoles makes the Smetana Hall system extremely easy to manage. With a pretty even reverb time throughout the hall, the EQ on the main NEXO system is negligible, -3 or -2dB here and there. The comments from visiting engineers have been very favourable.”

The attention to detail in this installation has been impressive, including the colour-matching of the small NEXO speakers to the Smetana Hall’s wallpaper. The all-important historical context of the Municipal Hall’s venues has not been compromised by the arrival of 21st century audio equipment, and the use of roll-in, roll-out NEXO-Yamaha systems means that acoustic performances in the smaller salons can be given without sound reinforcement equipment eating up valuable space on the floor or the stage.

NEXO’s Engineering Support Division has provided, and continues to provide, the all-important manufacturer’s back-up to MusicData and the Municipal Hall team, virtually an essential element for large audio projects these days.