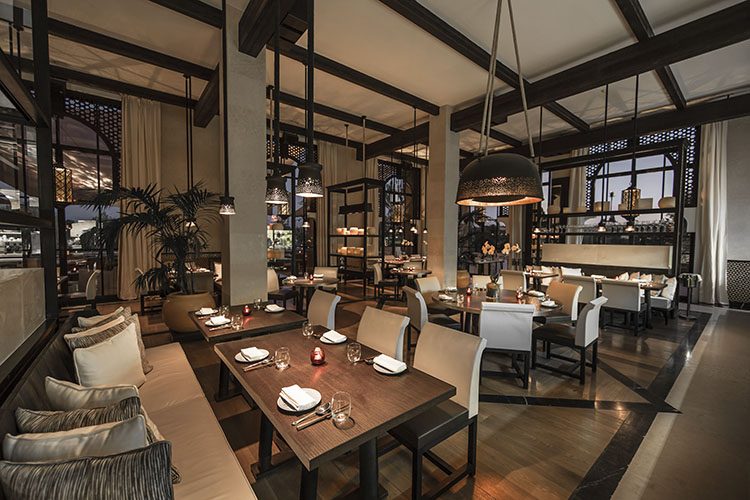 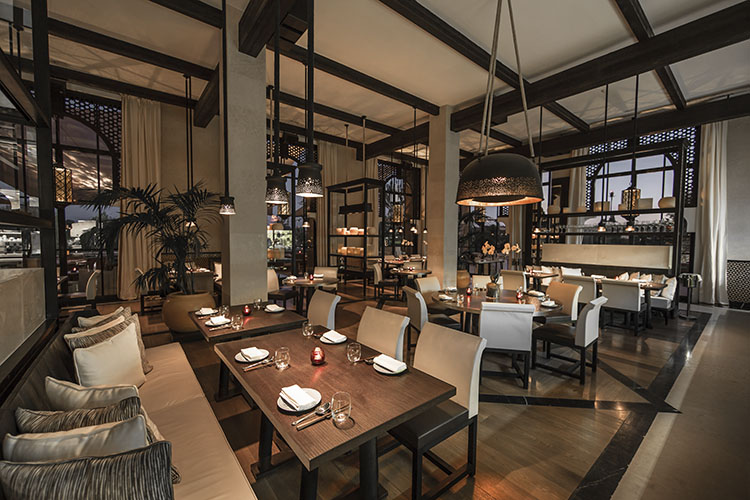 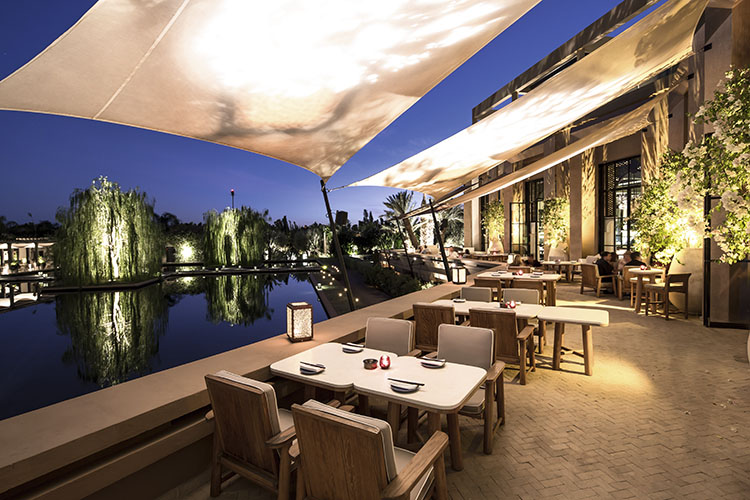 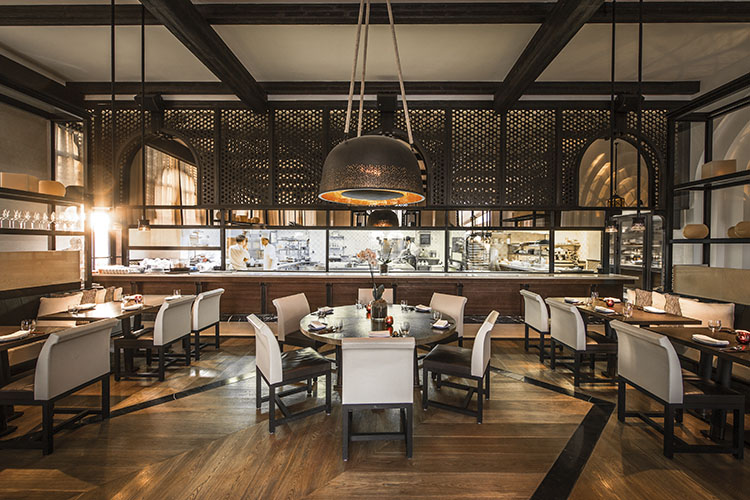 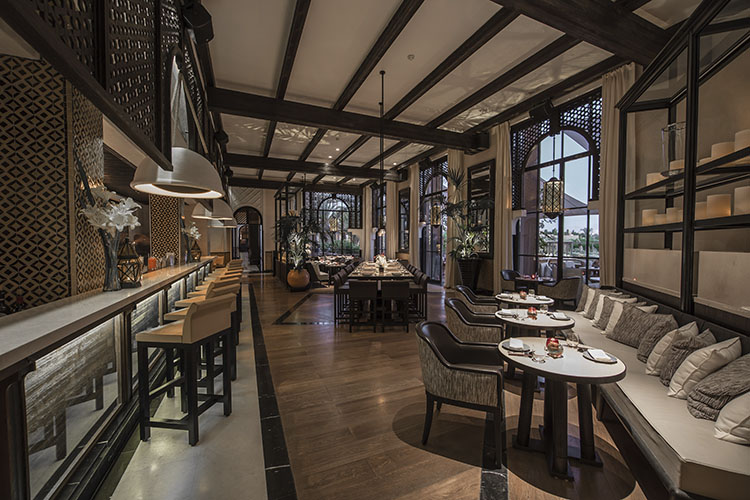 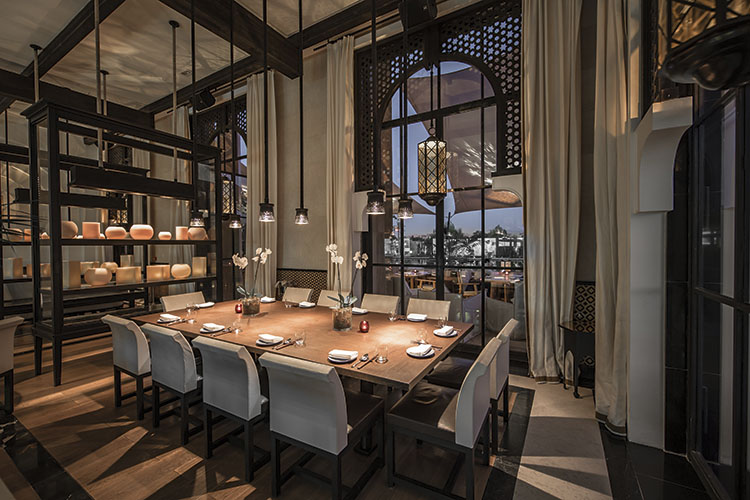 The strategic partnership has seen the Los Cabos resort become home to four new concepts, which highlight the best in entertainment, dining and lifestyle in one luxurious location. The new venues – all of which are are open to resort guests, locals and visitors – include OMNIA Dayclub, Herringbone, SHOREbar and Casa Calavera.

With such a grand, exciting vision in place, Grupo Vidanta and Hakkasan Group needed to put the plan into action – and so New York-based Rockwell Group was brought in so provide venue concepts and plans. From there, Audiotek was enlisted to help with specifying the technology.

Audiotek’s Technical Manager, Chris Kmiec, takes up the story: “From the relationship Audiotek have with Hakkasan Group through our work with them on OMNIA, Jewel, Hakkasan nightclubs in Las Vegas and OMNIA Dayclub in Bali, we were the obvious choice, really.

“The brief for this project was to offer both the best audio in the region, as well as being directly comparable to the Hakkasan nightclubs in Las Vegas. Over the whole venue, the networked audio and control was very important in the brief – the ability to send audio anywhere from anywhere, as well as to time important changes in the music schedule across site.”

Overall, Audiotek were commissioned to consult on the new sound systems in the four new venue concepts, as well as the hotel lobby, sky lobby, valet area and hotel walkways. Plus, the team were also asked to assist with the new amplification and networked audio to other hotel areas, including the breakfast room, restaurant and spa.

Having worked on the OMNIA Dayclub in Bali, Audiotek knew just how to approach the Los Cabos venue, which overlooks the Sea of Cortez, offering pools, cabanas, VIP areas and a high-energy atmosphere wtith world-class DJs.

For the Omnia Dayclub, Audiotek used a top-of-the-range L-Acoustics audio system, which Chris explained in further detail: “The main PA we used was four hangs of L-Acoustics KIVA II loudspeakers – six boxes per hang – with two L-Acoustics SM15m subwoofers under each hang. We also used a main sub array cluster in the front of the DJ Booth, consisting of six SB28 subwoofers.

“The decision behind using four hangs of the KIVA II boxes was to try and keep the sound as directionally inside the venue as much as possible, due to the main hotel pool being located behind the end wall of the venue.”

Elsewhere at the OMNIA Dayclub, six VIP cabanas had one L-Acoustics X8 loudspeaker each, with the VVIP two-story bungalows having an X8 on each level, too.

“As a feature of the venue, there are two large fan-style structures over the bar and VVIP Bungalows, so to fill in the main bar area and the VVIP private pools, three X8 loudspeakers were place on each of these structures,” Chris added. “Also two SYVA loudspeakers – one on each fan structure – were placed facing the beach area to provide the beds the same experience.”

Finally, for DJ monitors, two of L-Acoustics’ X12 loudspeakers were installed in stereo, along with a single SB18 subwoofer.

All programming was done by Audiotek’s Rob Sherry, with many zones just switching on and off daily with no user input, while the installation itself was completed by Mexican installers, Dextra.

“Other than that, we simply had to aim to provide the best experience with as limited noise pollution as possible. Through the use of multiple sources, rather than the traditional left-right hang setup, we minimised the sound spill from the venue.”

The final word goes to James Algate, Senior Vice President at Hakkasan Group: “With Audiotek having been Hakkasan’s audiovisual integrator for over a decade and following their successes with our other venues, they were the logical choice for this project.

“We have always been firm believers of the sound experience being one of the most important parts of live venues and L-Acoustics have always come out on top for the system of choice; delivering amazing performances event after event.

“Following the grand opening weekend at the end of February, we are extremely pleased with the results the system delivered.”