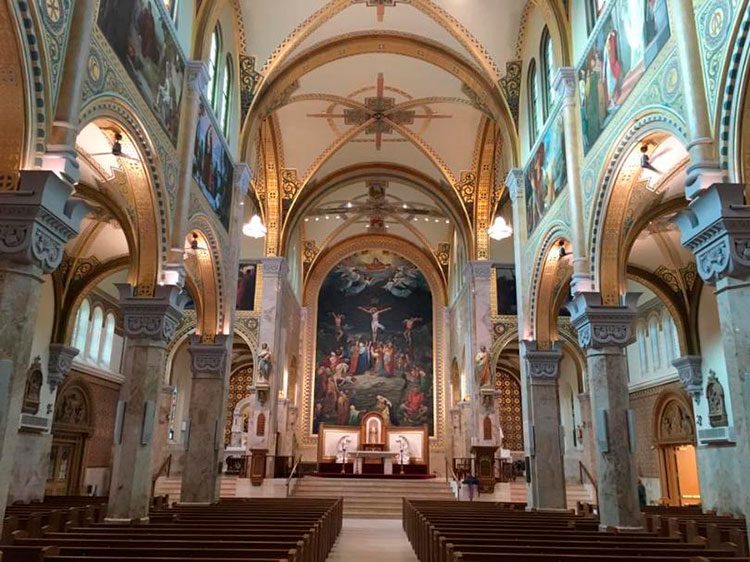 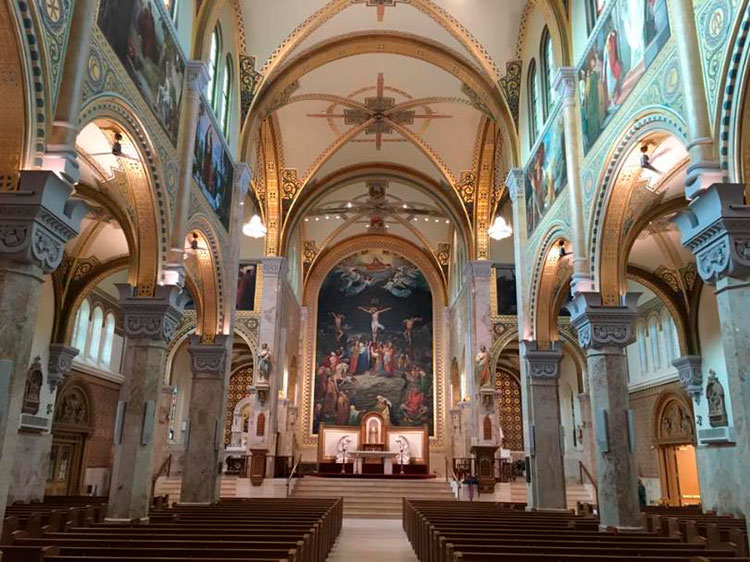 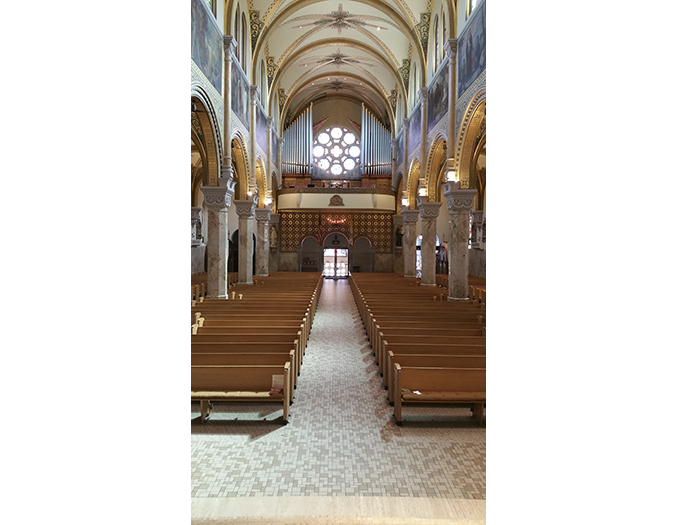 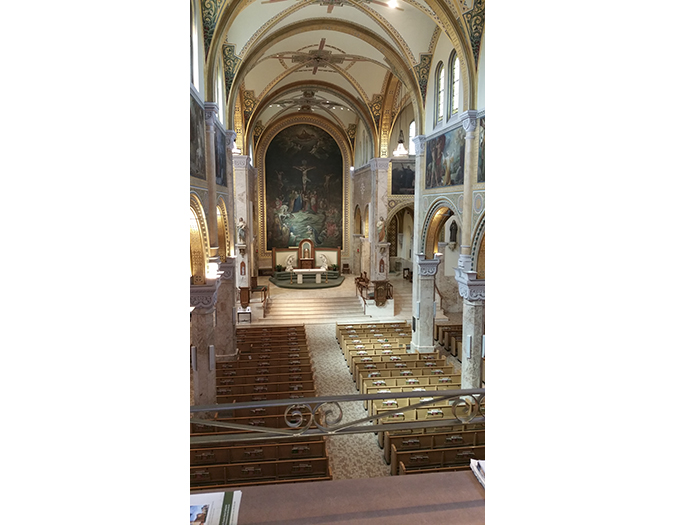 St. Francis Xavier Cathedral, near the confluence of the Fox and East Rivers. Consecrated in November 1881 and modelled on the Ludwigskirche in Munich, Germany; has periodically been expanded and renovated, with the most recent sanctuary renovation beginning in 2006.

To design the new system, oversee the process, and do the final tuning, the diocese brought in independent design consultants DSH Audio Visions of Milwaukee. DSH Audio Visions designed a completely new, Dante-enabled system managed by a pair of Symetrix Radius 12×8 EX DSPs. Each Radius 12×8 EX provides 128 (64×64) channels of redundant Dante and sports onboard Ethernet and Dante network switches. The unit’s 12 analog inputs and 8 analog outputs can be expanded using an I/O expansion card. Two of these DSPs provided more than enough power and I/O for the cathedral’s needs.

Symetrix made the desired wireless control easy, thanks to Symetrix’ ARC-WEB virtual user interface. Compatible with Symetrix Radius, Edge, Prism, Solus NX, Jupiter, and Zone Mix 761 DSPs, ARC-WEB provides user control of the DSP presets, volume, mute, source, and other sound system parameters via smartphones, tablets, and PCs. Any popular browser can be used to control audio via a web server embedded in the Symetrix DSP. Equipped with the ARC-WEB system and their mobile devices, the cathedral’s sound system team can adjust the new system subtly, without being noticed, and volunteers learn to control the system using a familiar mobile device.

The old concert loudspeaker that had been suspended from the top of the arch at the front of the sanctuary came down, unveiling the formerly obstructed paintings. Hosbach chose 17 Innovox model SLA-4.1 Tilt loudspeakers for primary sound reinforcement, which installer Arrow AV Group mounted in pairs to the columns in the aisles between the center and side seating areas, with one speaker facing to the inside and one to the outside of the sanctuary. That put every congregant within 15 feet of a speaker. Additional speakers cover the first two rows of pews, the center and side aisles, and the sacristy. A custom-built speaker system provides foldback for the choir loft.

It added up to a lot of speakers in several zones but the Radius DSPs are designed to handle all that and more. Rather than use a console, the cathedral’s sound team controls the system using the Symetrix ARC-2e wall panel and ARC-WEB.

St. Francis Xavier Cathedral’s congregation enjoys clear, intelligible audio that can be easily controlled from anywhere in the sanctuary, and the sanctuary’s beauty is unblemished. “The ability to provide easy-to-use control was very important,” confirms Hosbach. “The Symetrix Radius 12×8 EX made a big difference in this install, thanks to its design, ease of programming, audio quality, and accessible user interface. The sound team, the Bishop, and the Rector are all very pleased with the new system, as are the congregants.”