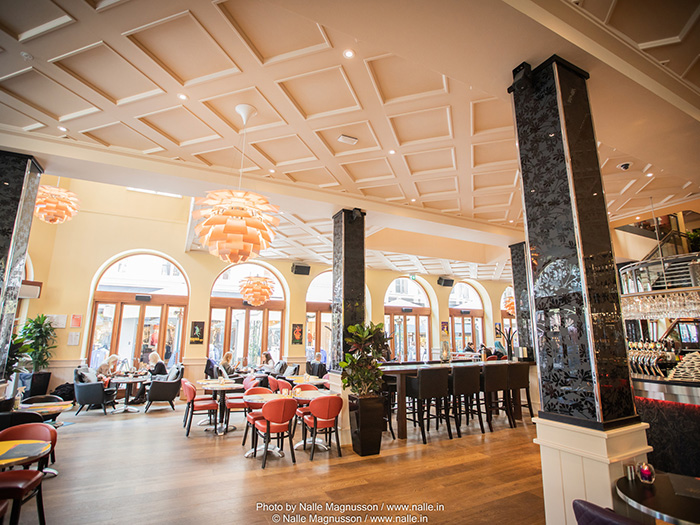 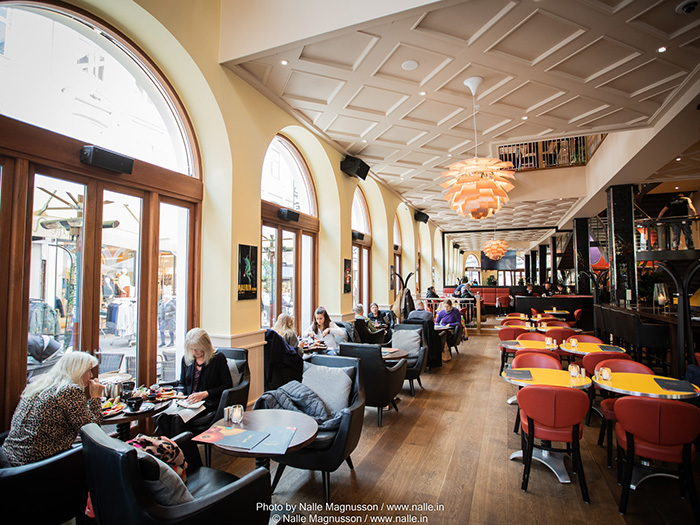 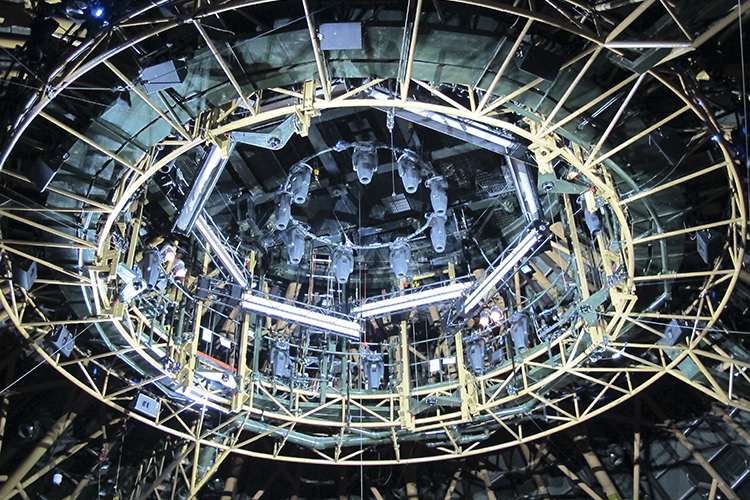 When the management of popular Californian nightclub Sevilla decided that it was time to invest in an upgrade to the venue’s lighting, they wanted a system that would maximise on impact and flexibility. After considering a number of options, they decided on an all-ADJ package of fixtures that included moving heads, washes, effects and an updated control system.

At the heart of the new system are five ADJ Vizi Beam RXONE fixtures which are arranged in the center of the club’s long main room, above the dancefloor and in front of the stage. A potent moving head beam fixture, the Vizi Beam RXONE is powered by a powerful 1R HTI long life lamp and generates a super-sharp beam that is ideal for creating mesmerizing mid-air effects in a nightclub environment.

The versatile Vizi RXONE is used at Sevilla to serve a number of very different purposes. At the beginning of each evening the 16-facet prism is used to create a wide pattern effect that is programmed to move slowly around the dancefloor to set the mood before it starts to fill with people. Then later, when the dancing is in full flow, the fixture is used to punch through the smoke in the venue to create energetic mid-air beam effects. Finally, the fixtures have also been programmed to serve as static stage wash lights, when required. With their in-built frost filters engaged, the five units are able to fill the whole stage area with an even wash of color to provide illumination for live performers and dancers.

To round out the dancefloor lighting, three of ADJ’s unique Asteroid 1200 spherical 360-degree rotation pixel beam moving heads were installed in place of the mirrorballs that used to be in the club. One sits directly over the middle of the dancefloor, while the other two extend the lightshow out to the sides of the room. Each generating 12 potent beams of light, which project out from every side, the three Asteroid 1200s are capable of filling the whole venue with movement and color on their own, but also look great used in conjunction with the moving head beam effects.

A video screen sits in the middle of the club’s stage, and that is now flanked by two of ADJ’s Dotz Matrix 4×4 COB LED pixel fixtures. These were chosen for their flexibility, and have been programmed to fulfil a number of different roles as part of the club’s lightshow. They not only generate pixel-mapped ‘eye candy effects’, but also serve as color washes for the dancefloor as well as stage blinders and even house/work lights at the end of the night.

The club’s video screen has also been surrounded on three sides by ADJ Ricochet LED-powered beam effect fixtures. These unique units – which generate laser-style mid-air beam effects – were chosen and positioned to create effects such as ‘liquid sky’ just above the heads of the crowd on the dancefloor, without the safety concerns associated with using powerful laser fixtures pointing towards people’s faces in what is a relatively small space.

At either side of the of the dancefloor and stage area the club has lounge-style seating sections and the lightshow has also been extended into this space, albeit in a slightly more subtle way. This has been achieved through the installation of six of ADJ’s Pocket Pro compact moving head fixtures.

To complete the installation, two ADJ Fog Fury Jett high velocity fog machines were positioned above the front of the stage, pointing down into the crowd. Illuminated by 12 x 3-Watt RGBA LEDs, the Fog Fury Jett creates impactful blasts of colored fog that can be directed at any angle. At Sevilla these units are used to create CO2-style bursts of fog that shoot down onto the dancefloor, while simultaneously providing fog to enhance the beam effects of the lighting system.

For control, the club upgraded its current outdated DMX software system to ADJ’s Comp Show SDE coupled with an Elation Professional MIDICON to provide a hands-on interface for the club’s lighting operators. This was then hooked up to an ADJ D6 Branch DMX signal splitter / amplifier which distributes the control signal to the various areas around the club in which the lighting and effects equipment is situated.

The lighting system upgrade has delivered a new lease of life to the club. Not only has the atmosphere on the dancefloor been lifted, but new customers have been attracted to experience what it has to offer for the first time, which has helped to cement the club’s place in the local nightlife scene for many more years to come.

Since the project was undertaken while the club continued trading, the removal of the old fixtures and installation of the new system had to take place quickly. The installers had to ensure a functioning lighting system was available for the club’s Thursday thru Sunday trading period throughout the duration of the installation phase of the project.

The renovation of the lighting at Sevilla demonstrates the profound difference a modern lighting system can have on a nightclub. Through the utilization of a carefully selected collection of fixtures, the new system matches the original brief of being both impressive and flexible. From mood-setting subtle effects to stage lighting to a full-on, high-octane lightshow to match the dancefloor at the peak of its energy, the new system is both dynamic and adaptable.