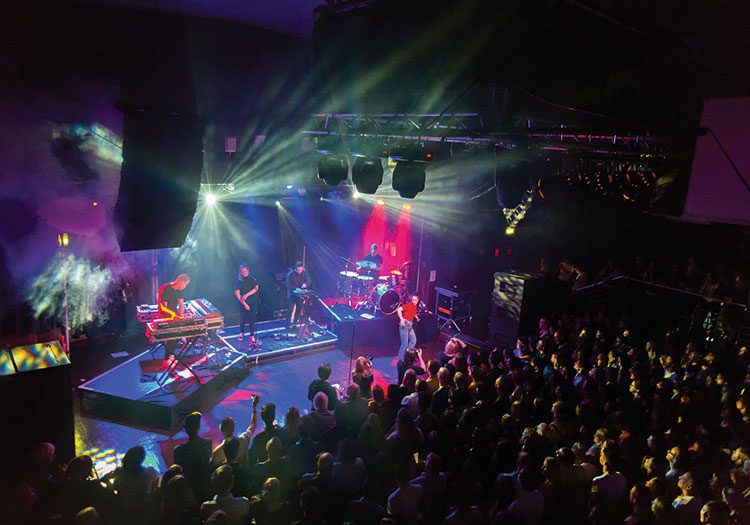 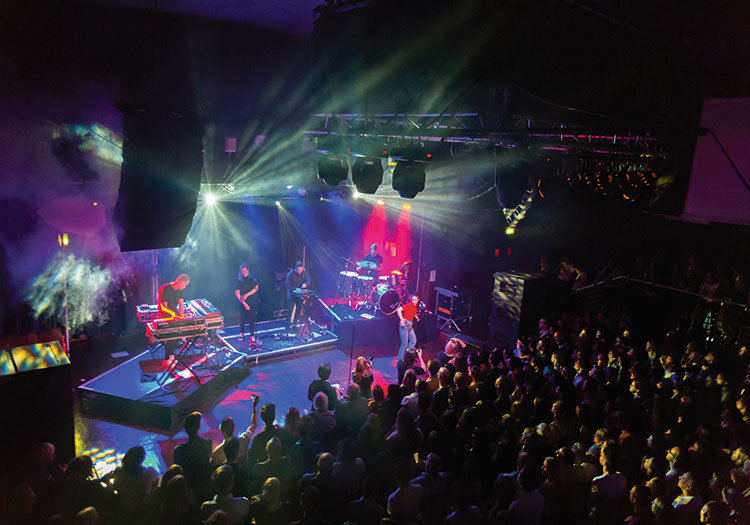 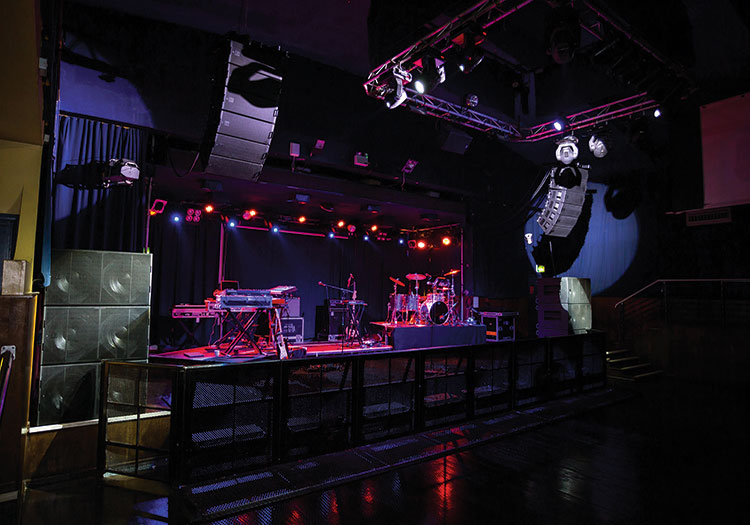 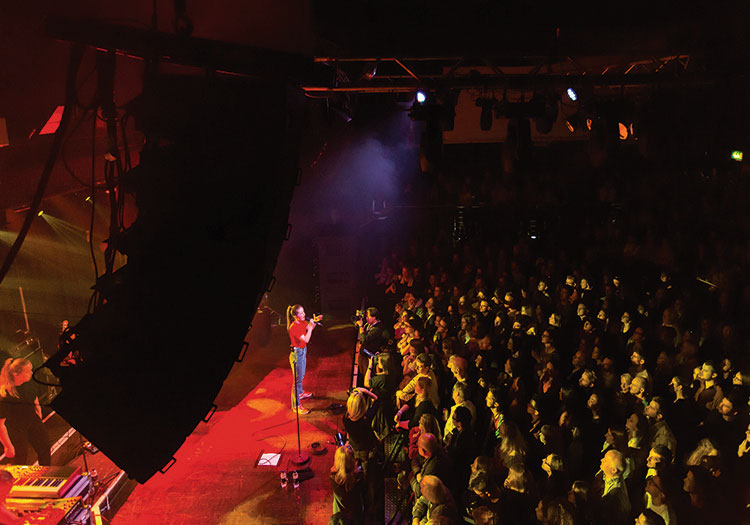 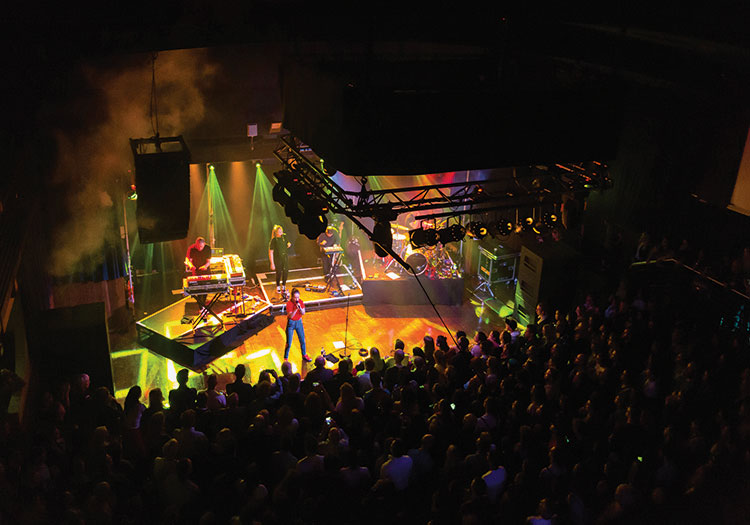 Scala recently upgraded its house PA system to a Martin Audio MLA Compact, with the new system designed and installed by Capital Sound (for whom both The Killers and Stereophonics are long-term touring accounts).

With as many as 800 people packing the place for live stage events (rising to 1145 capacity for club nights), audiences too are now treated to pristine digital audio from the new mixer-loudspeaker combination.

Both Capital and Martin Audio were equally aware that such an installation will open up greater possibilities to the corporate sector, including record companies for artist showcases, while both parties will recognise the prestige in having a flagship site for the award-winning MLA platform.

The installation itself comprises six MLA Compact elements per side and three stacked DSX subwoofers on either side of the stage. In addition, they have provided two of Martin Audio’s Coaxial Differential Dispersion CDD-LIVE12 — one for centre fill and one for balcony fill — all operating under Vu-Net system control.

Capital has provided a new cabling infrastructure and the installation has been carried out in such a way that it is semi permanent, and can be used as a training facility. It has been supplied on a long-term rental basis.

Due to the venue’s heavy programme, the fast-track installation was carried out over a carefully-selected two-day period, and was supported by Martin Audio’s Product Support Engineers, Nigel Meddemmen and Simon Purse, while house engineer David Preston has subsequently joined Capital’s Development Team.

Summing up the value of this installation to all parties, Paul Timmins said, “MLA has been increasingly evident in all the big, high profile festivals Capital has supported, particularly in London. We therefore felt it was time one of the major London venues had its own MLA system, which will also provide access to take potential customers along, and allow them to hear a system before they use it.”