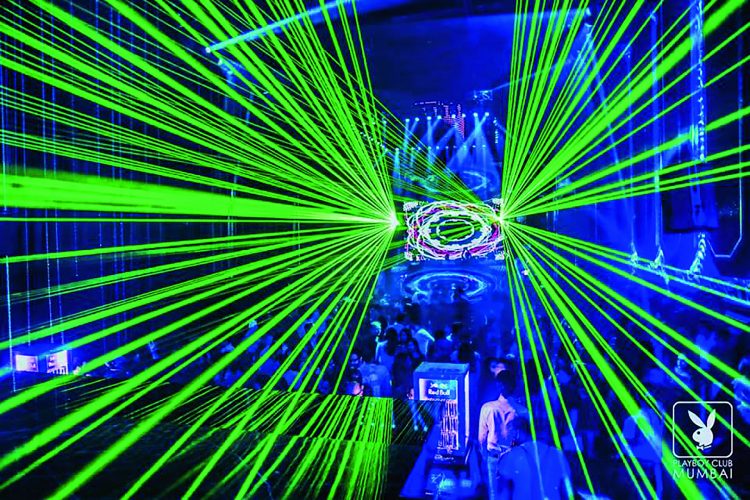 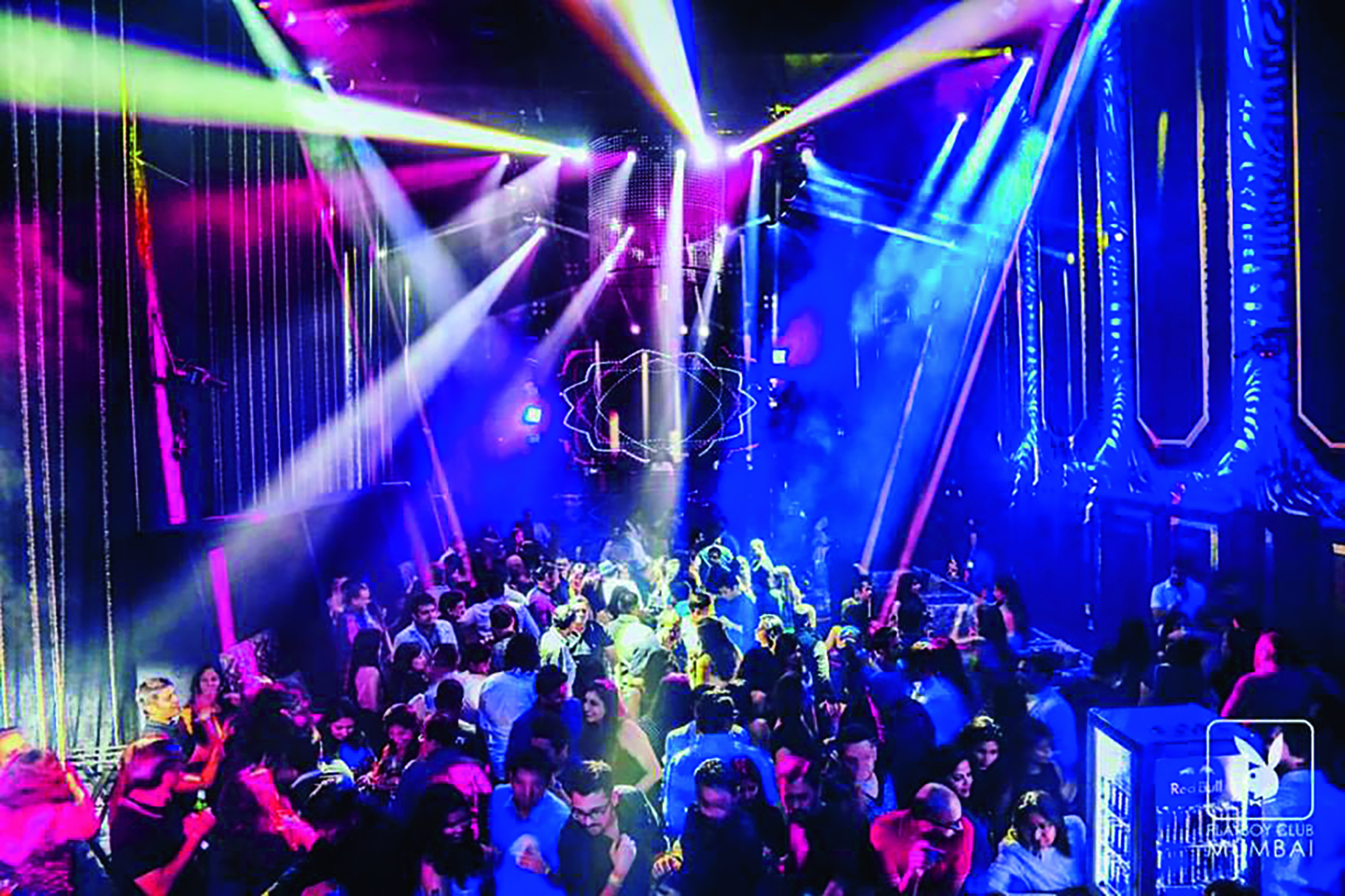 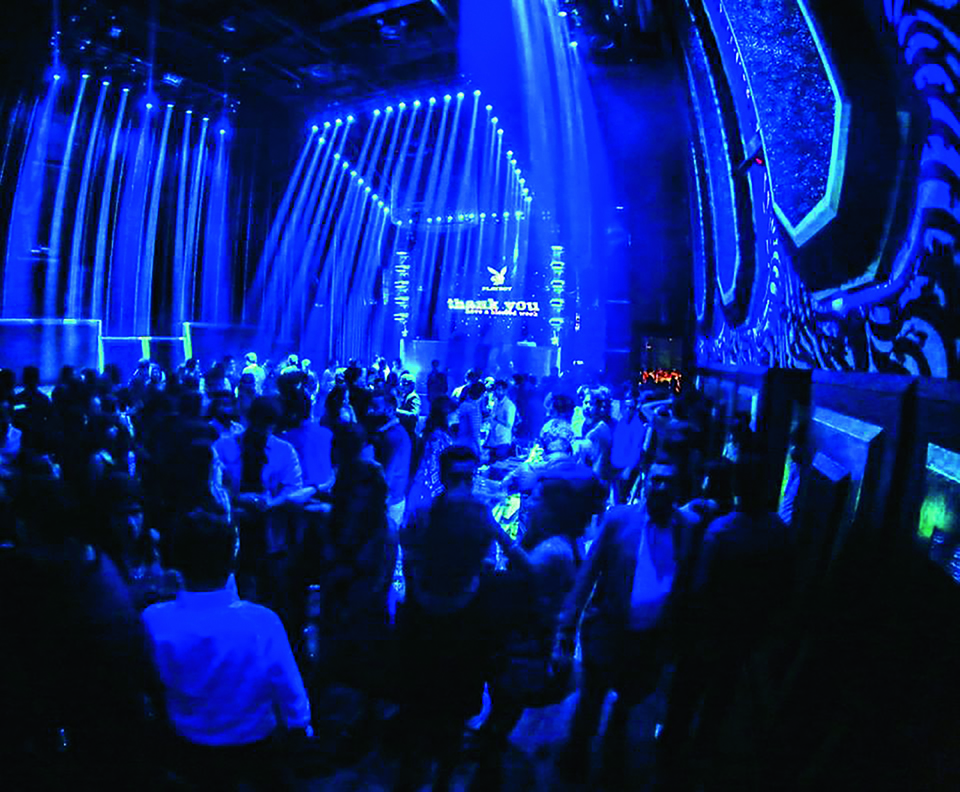 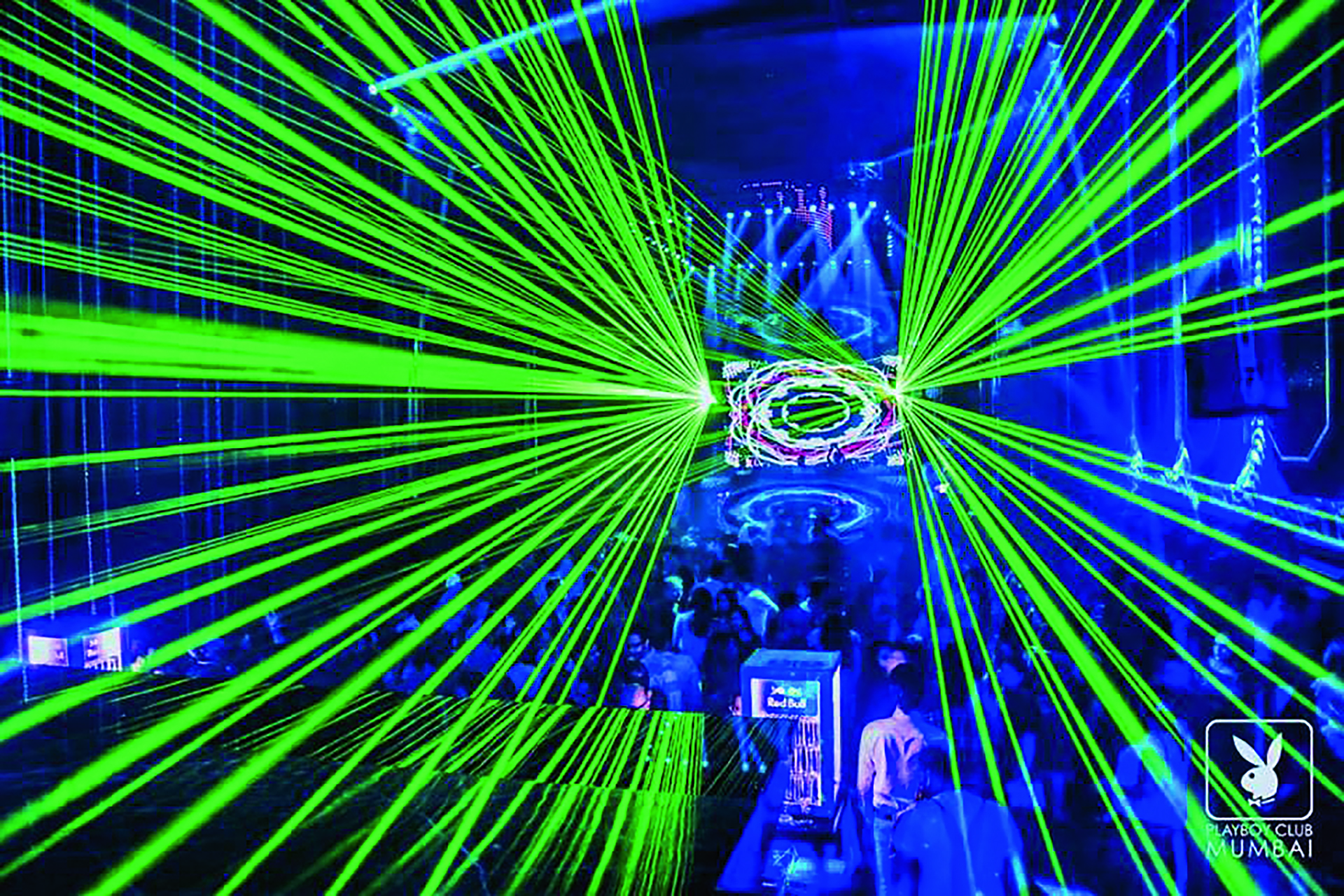 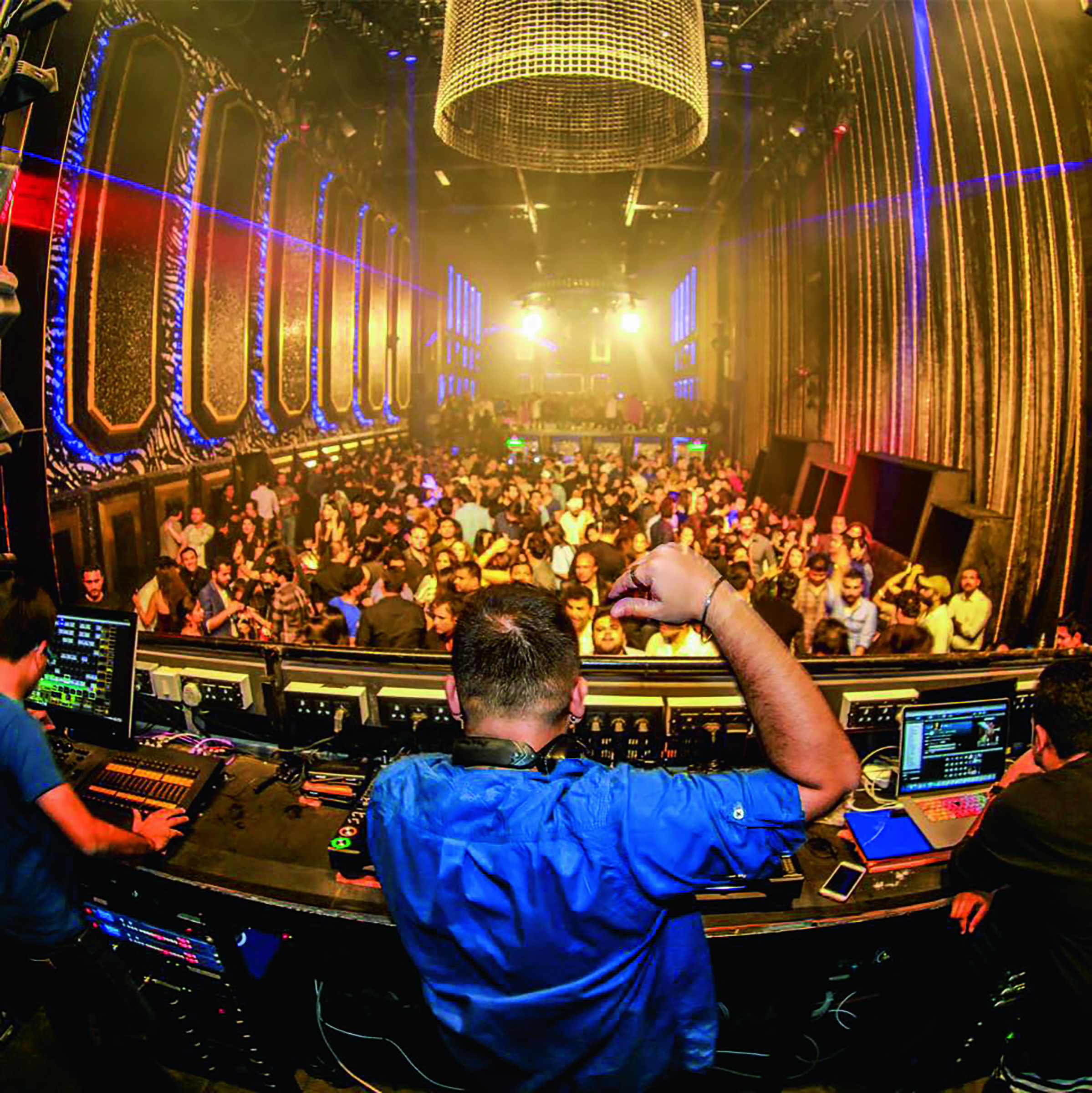 Based on the brief we analysed the room acoustics using various loudspeaker positions to identify the energy zones and phase response of the subwoofers and the tops. The kit was then installed and time aligned accordingly. Very little PEQ and GEQ were required due to the inherent tonal perfection and the treated surfaces of club space.

A further two Eidos X123 loudspeakers were deployed in the bar area; while a T FIVE amplifier, three Outline M5000-4 amplifiers, and three IP24 digital controllers have also been installed. To complete the audio line-up, a complement of Amate Audio loudspeakers – KEY10’s and KEY15’s – and subwoofers – KEY15W and KEY18W – powered by six HD2000 amplifiers have been specified.

We wanted a lighting concept that was interactive for Playboy Mumbai. Many years ago, I designed a club called Juliana’s in Tokyo, which had a central interactive chandelier and this project was intended as a tribute. However, I did enhance the design, tailoring it to the Indian audience. Parag Sanghvi, the Chairman of PB Lifestyle and Natik Goyal were very accepting of my vision.

The cylindrical LED 50 x 50 pixel chandelier, which is positioned over the dance floor is mounted on a square-shaped truss attached to movable truss tracks that enables the structure to move backwards and forwards. The chandelier actually moves towards the DJ booth and tilts 45º creating a crown-like effect. The Sonicss.com UFO has three rings that move independently up and down and the whole truss with lights and effect move horizontally and vertically. “Originally, the UFO structure was going to travel up and down over the VIP area only, however, we decided that with a little additional investment and minimal extra steel work, we could extend the tracks to go the entire length of the club, and make the UFO move laterally, as well as up and down,” Dave continued.

In addition to the centrepiece, Sonicsss also supplied more than 150 of its own branded moving heads – spots and beams – as well as eight blinders, five smoke machines and two hazers. “As this club was over a year and a half in the making, I had ample time to manufacture, produce and ship all the lighting screens and effects to Mumbai from my factories in Guangzhou. We also had sufficient time to implement my design with the products.” The intelligent lighting and effects are all controlled via an MA Lighting grandMA console. In addition Sonicsss.com provided an architectural lighting design, consisting of track LEDs, RGB LEDs, RGBW LEDs all controlled by DMX over the network.

The space required considerable volume levels due to its long length and high ceiling and while this is good for a spatial/immersive effect, it also demands more power response from the loudspeakers over a larger distance. So the choice of selecting a short line array for the main floor and point sources for the VIP area accomplished this goal.

The club is heavily DJ-led and welcomes headline DJs on a regular basis and we were trusted with the design of the DJ booth. Two long truss arms were created adjacent to the DJ area, which house 10 Sonicsss SSS MADPANEL 251S moving heads, the CO2 effect machines, the blinders and two Sonicsss P50 LED curtains measuring 20 sq metres. The truss arms also encase two Sonicsss high definition LED screens, which complete the visual aesthetics of the club.