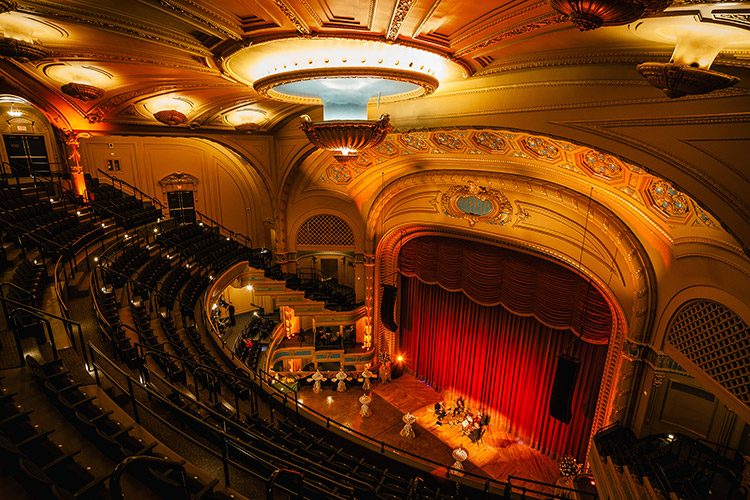 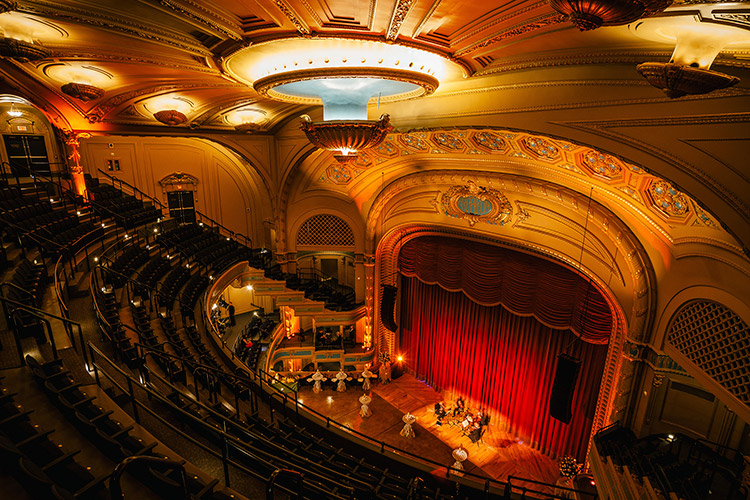 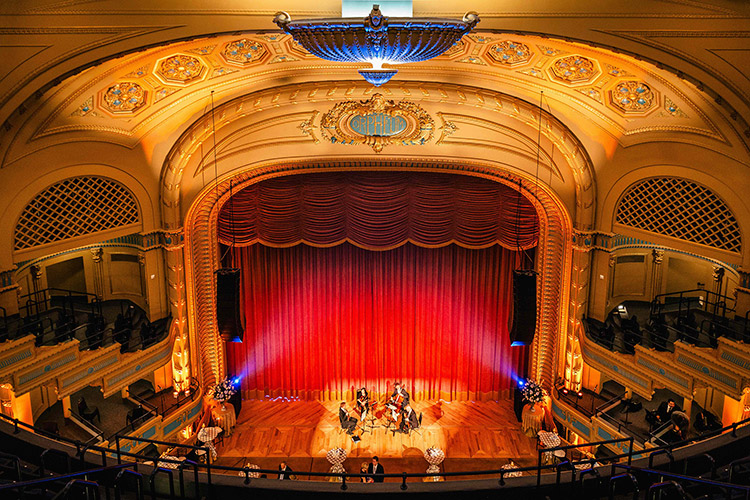 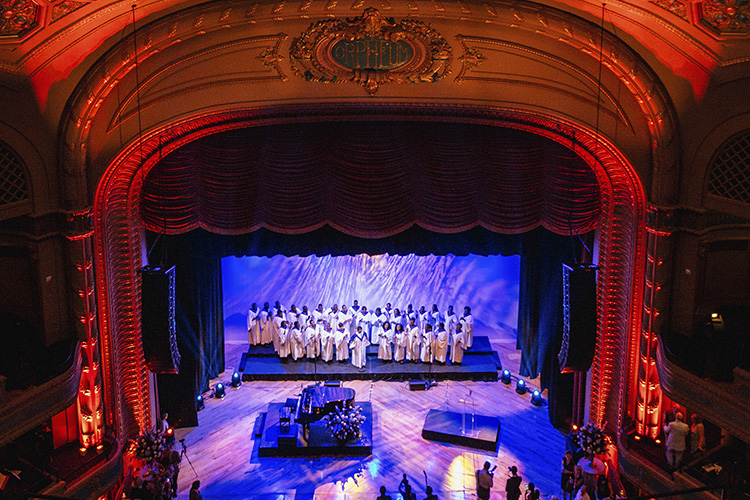 Originally built in 1918 and opened for vaudeville in 1921, the 1500-seat RKO Orpheum was converted for use as a movie house soon after. Over the years, the Beaux Arts style theater has gone through several iterations before being shuttered by floodwaters from Hurricane Katrina in 2005.

The historic venue was purchased in February 2014 and underwent a $13 million, 18-month renovation to both restore and redevelop the theater into a multi-use facility. Significant improvements included an MLA Compact loudspeaker system designed to reinforce live sound without adversely impacting the theater’s celebrated natural acoustics.

According to General Manager Kristin Shannon, deciding what audio system to install was done in close collaboration with installer Don Drucker of Pyramid Audio Productions. “Don helped us make those decisions with the understanding that in an acoustically sound structure, installing an amplified audio system needed to be done with care and an understanding of all the types of events being held at the Orpheum.”

Don recounts: “We looked at several manufacturers who submitted designs for the site, rated those designs and then presented the better proposals to the client. Of all the submissions, Martin Audio required the fewest adjustments and that’s how we came to the decision. We also knew the system had to be of the highest sound quality, very controllable, aesthetically friendly and compatible to the space while the response and articulation had to cover every seat in the house. We didn’t want to upset the hall’s acoustics and felt MLA was the best fit into the acoustic atmosphere.”

The sound system starts with 12 MLA Compact hangs per side with 4 DSX subwoofers ground-stacked near the stage. 30 DD6 differential dispersion speakers are deployed under the balconies and used as front fills at the edge of the stage. C6.8T and C8.1T Ceiling Series speakers are mounted in the lobby and bathrooms to achieve a consistent sound throughout. Martin Audio is also used for stage monitoring and power.

Asked to evaluate the MLA system’s performance, Kristin comments: “The Martin Audio system has been showcased in many different scenarios and has been amazingly strong.”