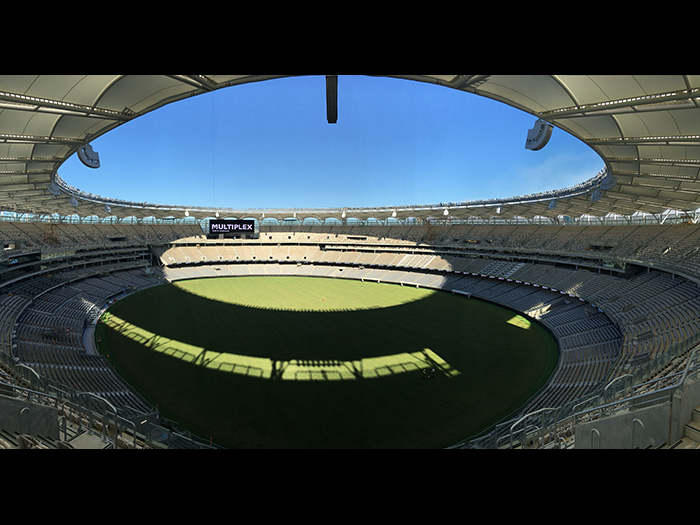 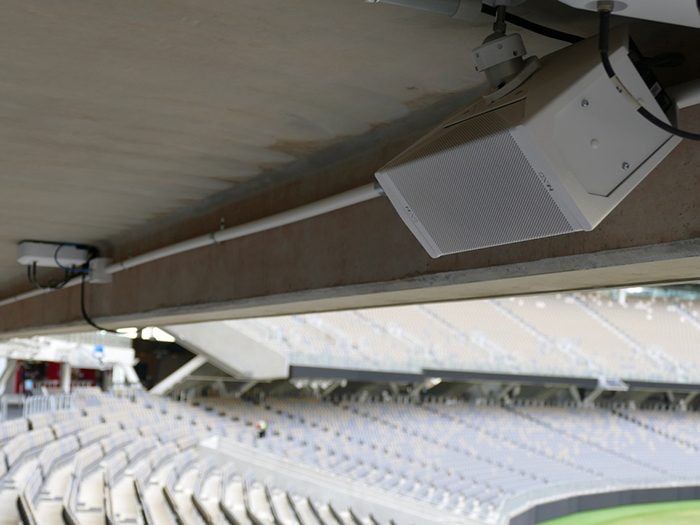 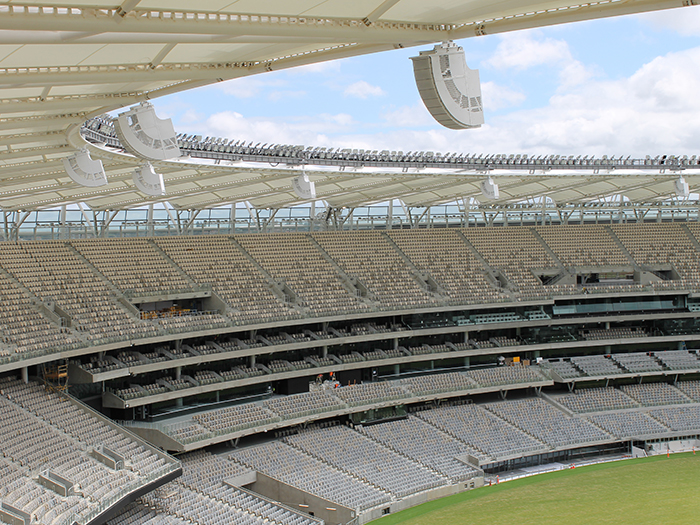 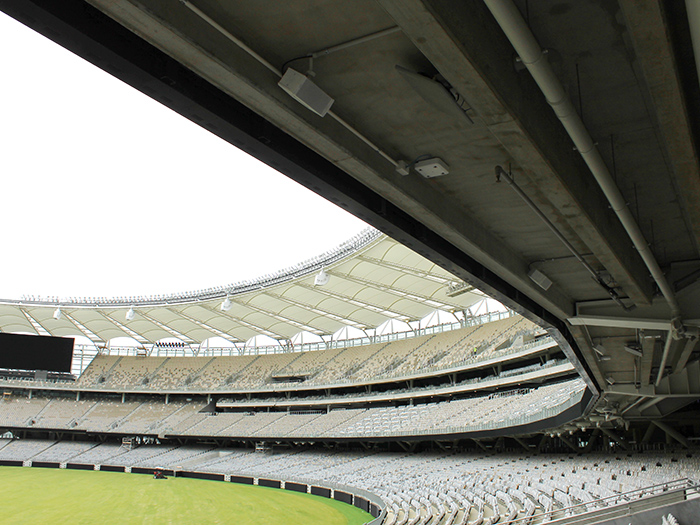 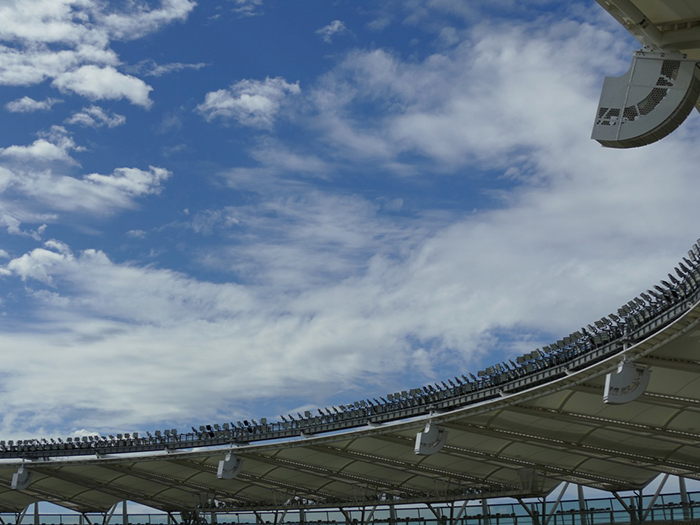 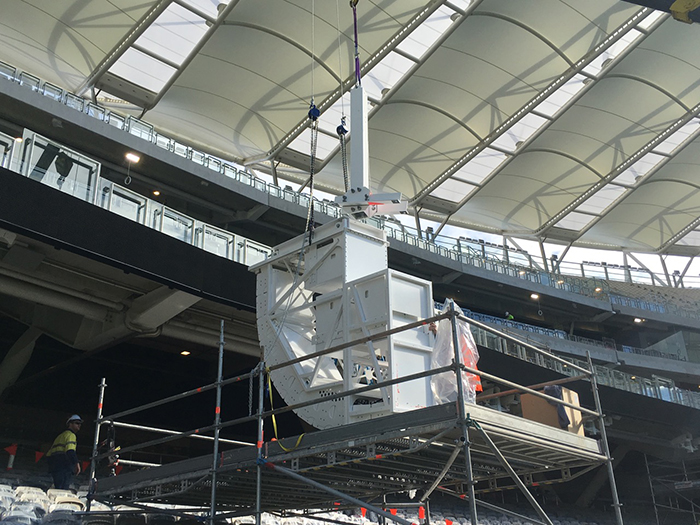 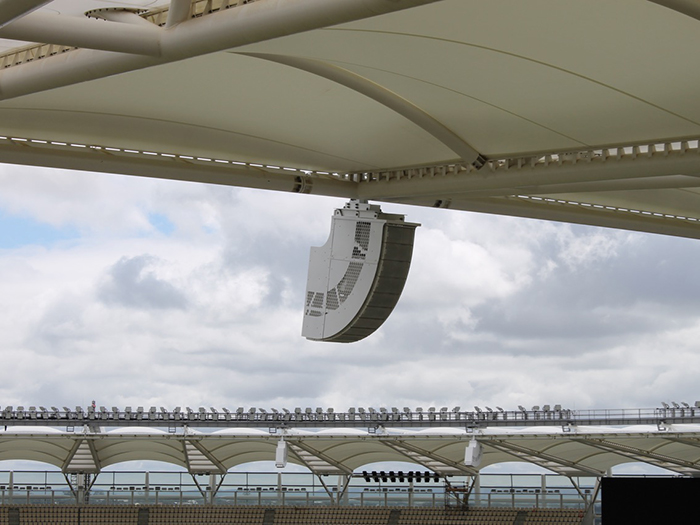 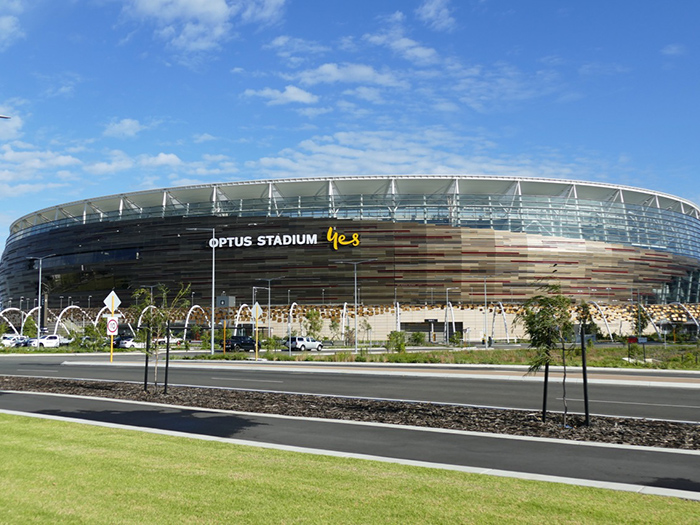 The Optus Stadium is ranked as the third largest in Australia; home to two Australian League (AFL) teams, the venue hosts numerous international events in different sports, as well as high-profile live concerts. With over 1000 permanent loudspeakers in place throughout the stadium, controlled with a digital management system, it is considered the largest sound system in the country.

Rutledge AV chose NEXO sound reinforcement equipment to create a PA system that would deliver an ambitious 0.6 STi or above for the entire stadium seating area, referred to as the Main Bowl PA. Additionally, a nominal SPL of 102dB (±3dB) for all the 60,000-seated visitors was stipulated.

Based on three main criteria – capability, price and performance – Rutledge AV set about evaluating five loudspeaker systems. “Networking abilities, service support and rigging hardware capabilities were other paramount factors in making our decision,” says Elijah Steele, Rutledge Project Manager. “From the outset, NEXO was the clear winner for a variety of factors and, over the course of the project, the manufacturer proved themselves as great partners providing support whenever we required it. We’ve worked with their distributor, Group Technologies, many times before and knew we could fully rely on their support.”

A specialised metalwork shop created customised array casings for the 18x IP65-rated weatherised arrays. “We also integrated a customised mobile dolly that permanently lives on the roof gantry. It can then lower the line arrays from the catwalk to L1 for periodical servicing, cleaning and maintenance.”