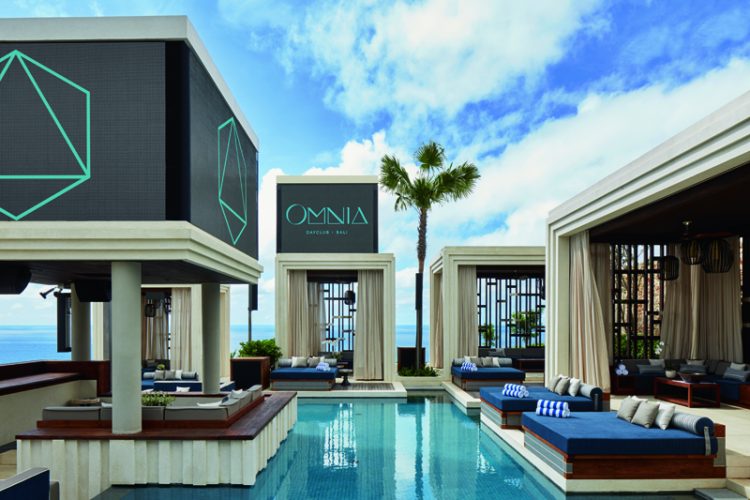 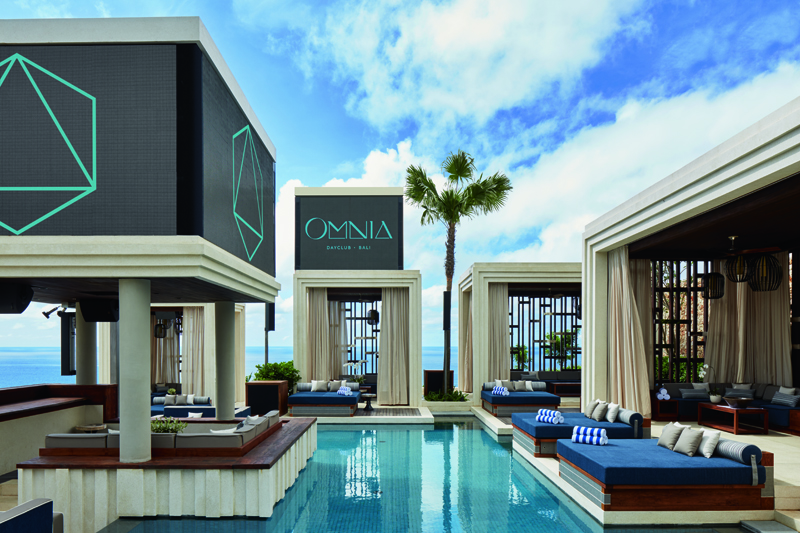 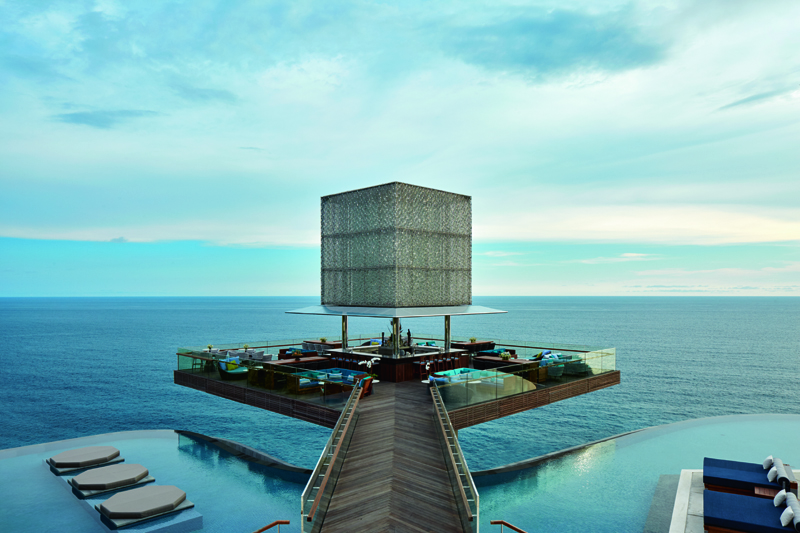 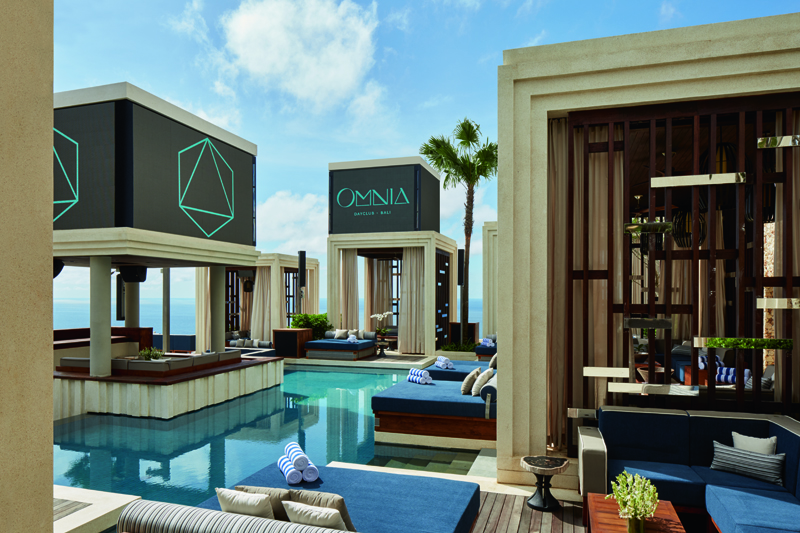 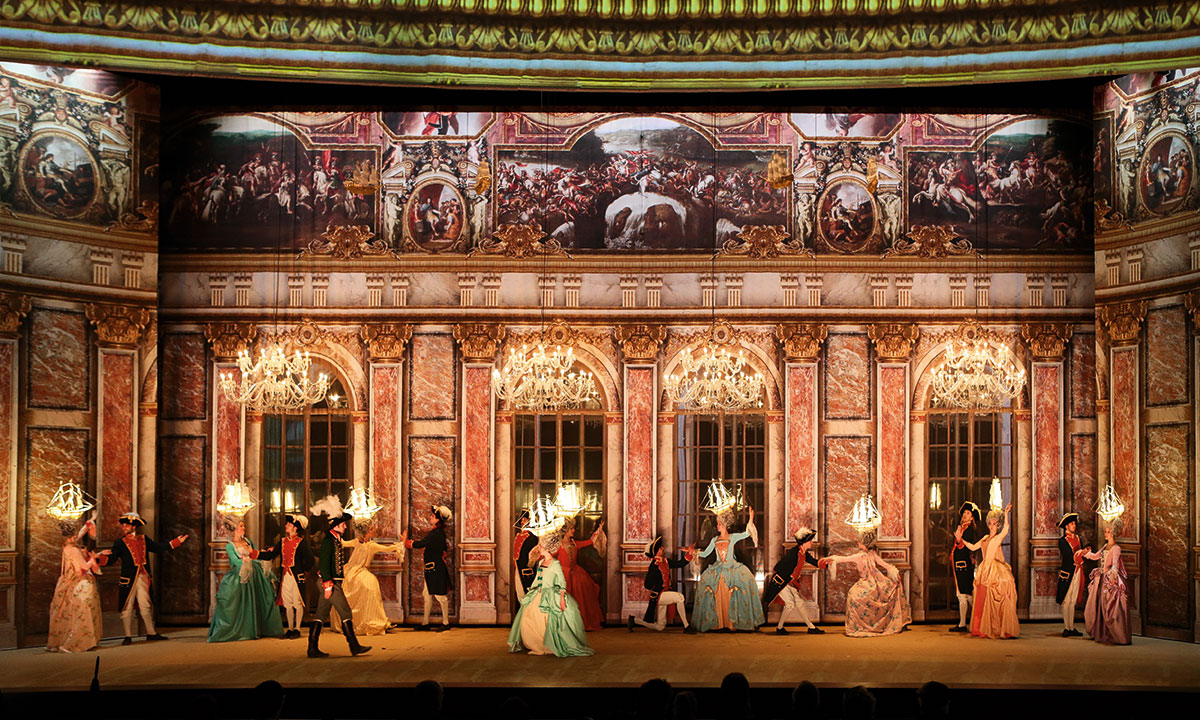 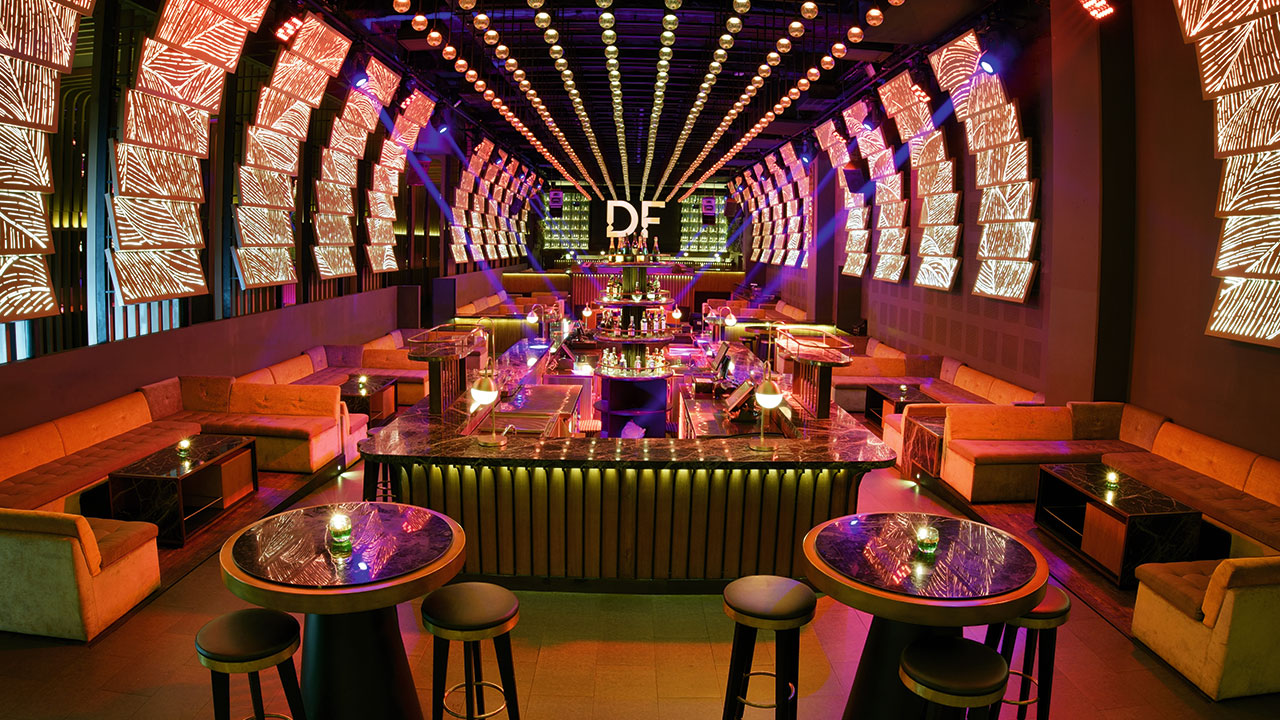 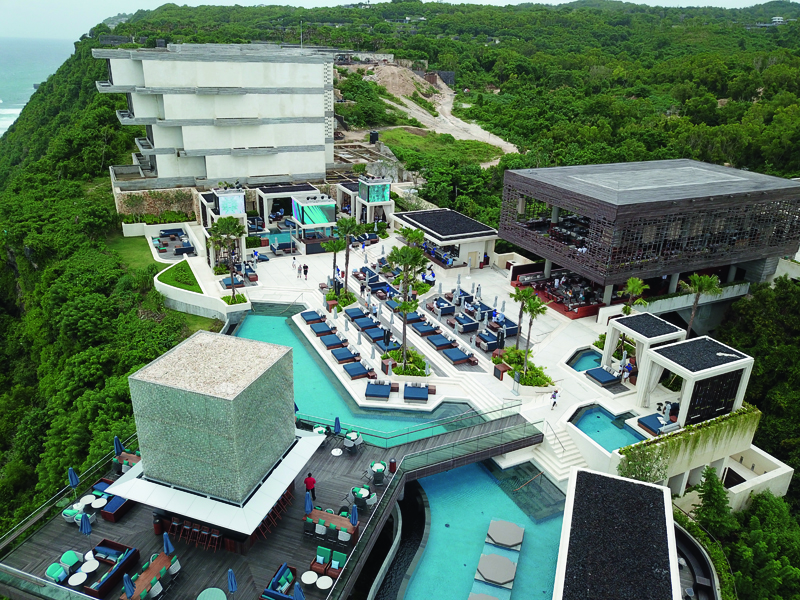 Audiotek has been working with the OMNIA brand, and the wider Hakkasan company since 2012, as well as having worked with members of the team for nearly 25 years.

Alongside Chris, Audiotek’s Andy Laurie, Len Bolger and Rob Sherry all played an instrumental part in the project.

There were two briefs for the audio system at OMNIA Dayclub Bali. The venue is next to the five-star Alilia Uluwatu resort, with common ownership, and the number one priority during day-to-day operations is to keep the excellent club quality sound known to the OMNIA brand, while not disturbing the hotel guests sleeping just along the coast in the luxury resort. The second brief was a rider friendly system, for those big festivals, headline DJs or wedding events where the whole resort and hotel will get taken over by the OMNIA club.

This led to installing two systems – an L-Acoustics line array system that can be hung for the larger events, concentrating more energy onto what becomes the dancefloor, and a distributed day-club and pool party system courtesy of Renkus-Heinz for day-to-day operation. The design process started with discussions with the client, and James Algate at Hakkasan and their local partner, Andrew Tjahyadikarta are always instrumental in driving forward the audio quality of their clubs. We knew what we wanted to achieve, and that’s the excellent audio quality OMNIA is known for at their other locations in Las Vegas, San Diego, and Los Cabos.

The audio configuration is primarily built around a Renkus-Heinz IC-LIVE system with 16 units spread around the site with 10 IC-118S subwoofers combined with the six L-Acoustics SB28 units at the DJ booth. This is coupled with 16 Renkus-Heinz PN82 and 10 Renkus-Heinz PN112S fill boxes installed around the various other bars, and private areas. Tannoy CMS803DC speakers were used throughout the restaurant, changing rooms and toilets. A system of 12 L-Acoustics KARA is also provided as a L-R DJ system. This system allows the club to operate with high levels and total control of the sound.

L-Acoustics LA8 amplified controllers power the L-Acoustics boxes, while Lab.gruppen IPD2400 amplifiers take care of the Tannoy loudspeakers, and the Renkus-Heinz cabinets are all self powered.

The whole system is processed using QSC Q-SYS. This has quickly become our go-to DSP due its reliability and flexibility, the Q-SYS handles all inputs and controls with a number of touchscreens around site, as well as generating command codes so that the visual elements of the project can easily be controlled from the touchscreen in the DJ booth while no VJ is on site.

The visual set-up is built around Absen AD06 LED walls on top of the DJ booth, and the adjacent cabanas. This can be seen from nearly every seat in the venue, and the screen wraps right around the DJ booth to be seen from the VIP section behind the DJ. Absen walls were specified for their superb outdoor performance and known reliability and support. Weatherisation, IP and high ambient lighting levels means we needed a high output system for the projection. We have always had a good relationship – which is a long-standing one – with Absen worldwide. The whole system is controlled by an Avolites Ai RX8 video server, which is equipped with programmable, EDID managed, WUXGA (1,920 x 1,200) outputs. Each is digitally amplified to give a preview and production output over DVI. The front seven-inch colour touch screen also shows the Ai 3D visualiser, that gives the VJ networked control of the whole show from one integrated and intuitive interface. Avolites Ai was the obvious choice for control, with this being so powerful as well as being controlled by both Art-Net and UDP commands to trigger different video moments.

The wow factor for the club is provided by two Christie Boxer projectors – housed in Tempest enclosures to protect them from the humidity – video mapping onto the side of the hotel during sunset. Sunset by the sea is a big thing in Bali, with customers moving around the island searching for the best chill-out zone to sit with a cocktail, or bottle of the ubiquitous Bintang beer. This spectacular projection ‘experience’ with the sunset will turn into a massive draw for the island!”

The recent trend towards day clubs in high end tourist resort locations has presented us with some interesting challenges in climate location and logistical terms. Audiotek with the support of our team of manufacturing partners have achieved an amazing result in the realisation of clients’ vision. Bali has always been an island paradise, with contrasting ancient and modern attractions and now, with OMNIA, Hakkasan have succeeded in offering a new level of luxury hospitality to the resort scene.

Though the weather might cause issues with the equipment, likely it’ll be well received by guests, so OMNIA Dayclub Bali is sure to be packed day after day. So with carefully chosen locations, Hakkasan Group might just have earned themselves another flagship concept.