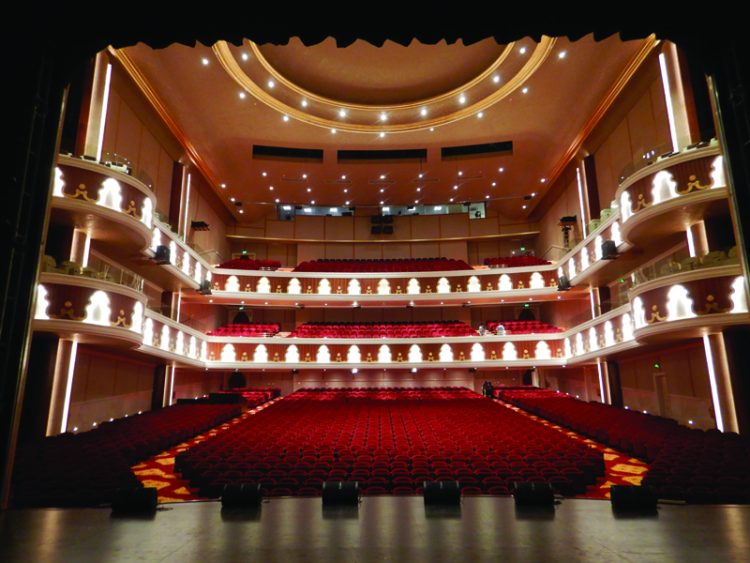 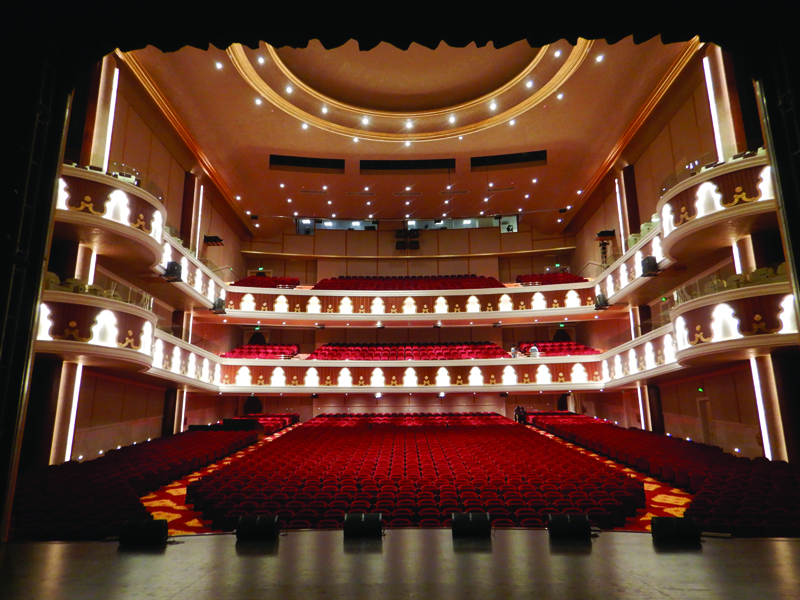 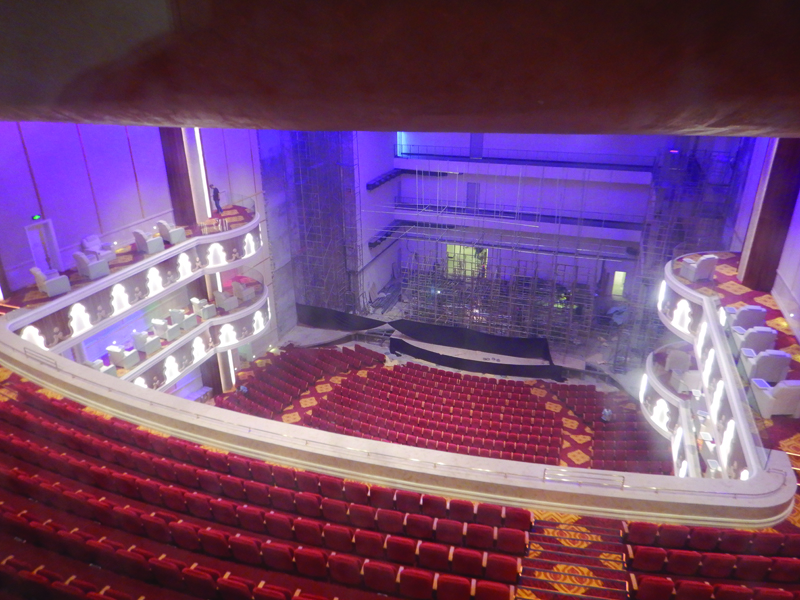 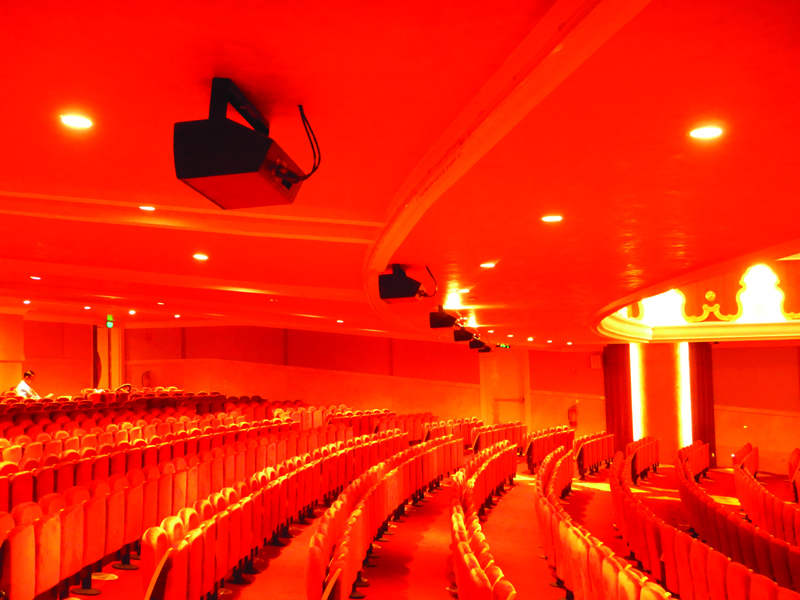 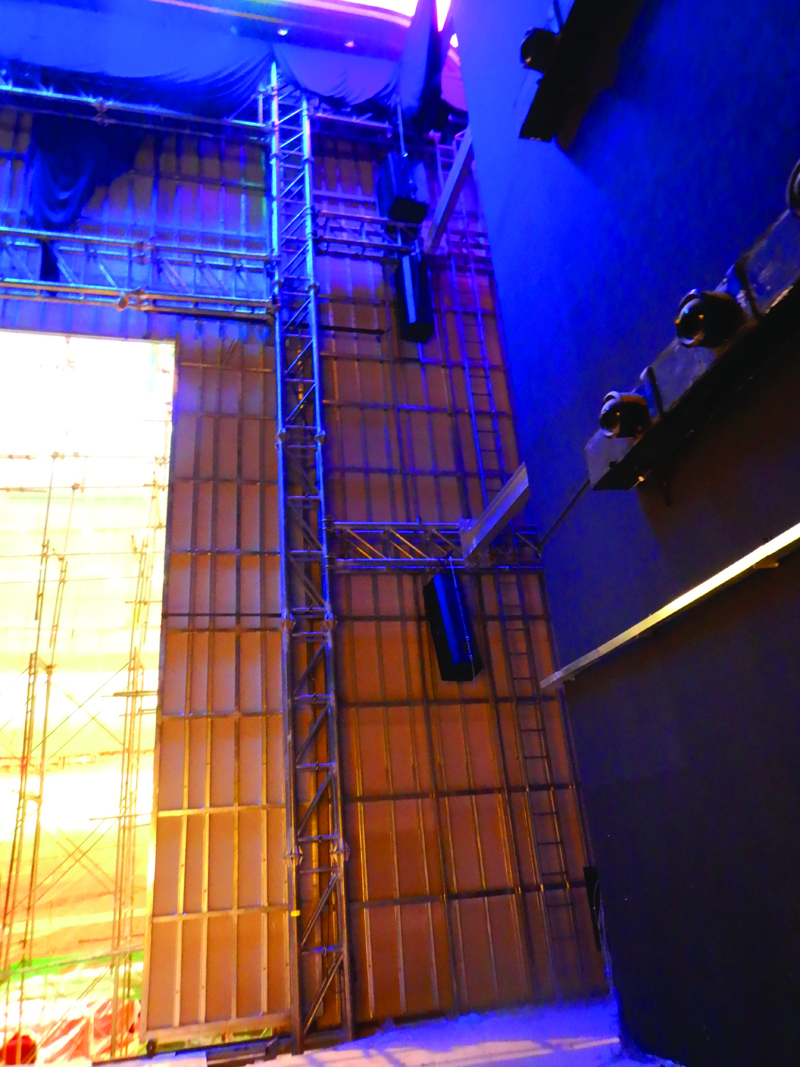 The team at NagaWorld sought after state-of-the-art technology for their theatre, which led to them seeking the help of Showtec.

For the audio system, KV2 Audio was selected for use throughout the theatre. The main part of the system consists of four KV2 Audio ESR215 loudspeakers, which cover the stalls, upper seating areas, the circle and balcony levels. The loudspeakers are powered using two ESR3000 amplifiers from KV2 Audio.

NABA Theatre’s front fill system includes six ESD25 loudspeakers spread out evenly across the front lip of the stage, with the power coming from an ESP2000 amplifier. A SDD3 super digital delay line processor from KV2 Audio is used, too.

The KV2 Audio system at NABA Theatre has three levels of delays – stalls, circle and balcony. Each of the levels includes six ESD25 loudspeakers, ESP2000 amplifiers for the power and SDD3 processors.

For the control of the new audio system, there are two DiGiCo SD7 consoles used at NABA Theatre, along with a SD-Rack and a Mini Rack. There is an Orange Box from DiGiCo that is used if needed, too.

The second SD7 is for used for monitoring on stage. If there is no need for that console, it is taken out from the setup and only the FOH SD7 is used. This, of course, is dependent on the requirements of each show.

The end result has seen the NABA Theatre become equipped with a truly exceptional audio system that delivers balanced sound across the stalls, circle and balconies.

The NABA Theatre is the first in Cambodia to incorporate 3D projection mapping into its shows. This allows the venue to offer stunning visual effects, enhancing any show or production. After NagaWorld contacted Showtec regarding the visual setup, Barco was the natural choice due to its prove track record and established knowledge in the industry. Barco UDX-W32 projectors are used to fully immerse the audience into the performance and the music. Starting from the front proscenium, across the side wall, to the dome recess of the ceiling and broad stage wings, NABA Theatre becomes the perfect canvas for projections.

The colours are undeniably vivid, with the UDX platform able to offer the widest colour spectrum available in the industry.

The Barco E2 Master processor was chosen by Showtec as it’s renowned for superior image quality, as well as flexibility. For simple management of the UDX projectors, the Barco Ex expansion system, which works seamlessly with the E2 Master processor, is utilised.

With an incredible, state-of-the-art audio system from KV2 Audio and the 3D projection mapping using Barco projectors, the NABA Theatre has the freedom to experiment when it comes to shows and performances. There are now endless possibilities at the venue, making it one of the most impressive theatres in the country – exactly what NagaWorld had planned.