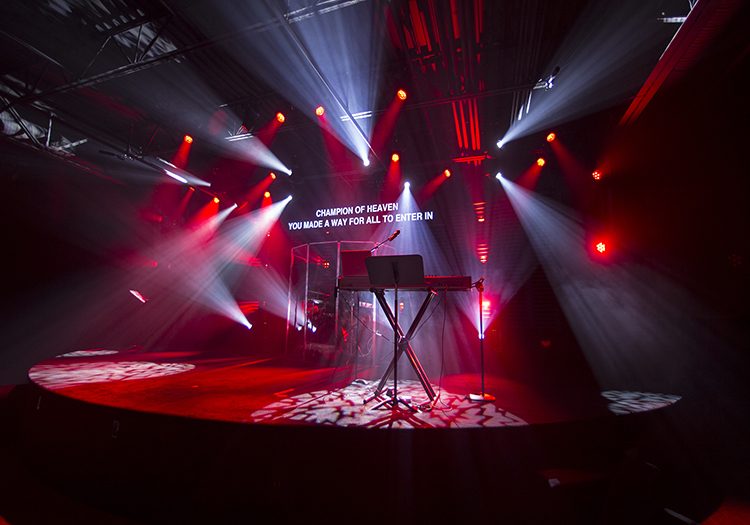 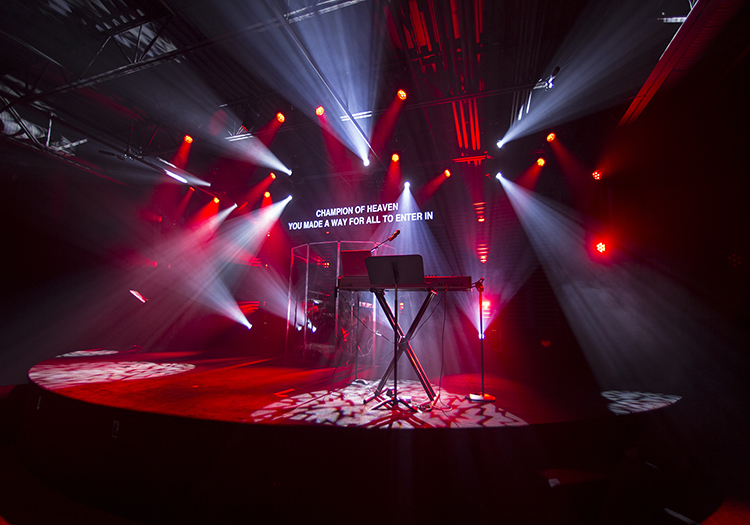 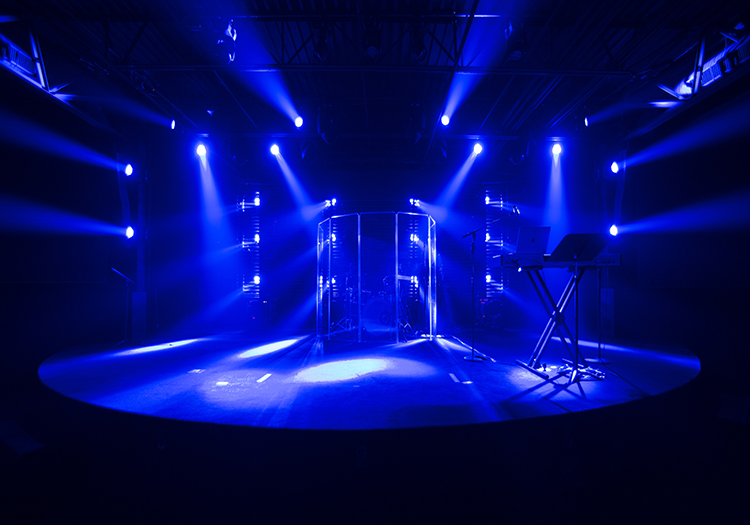 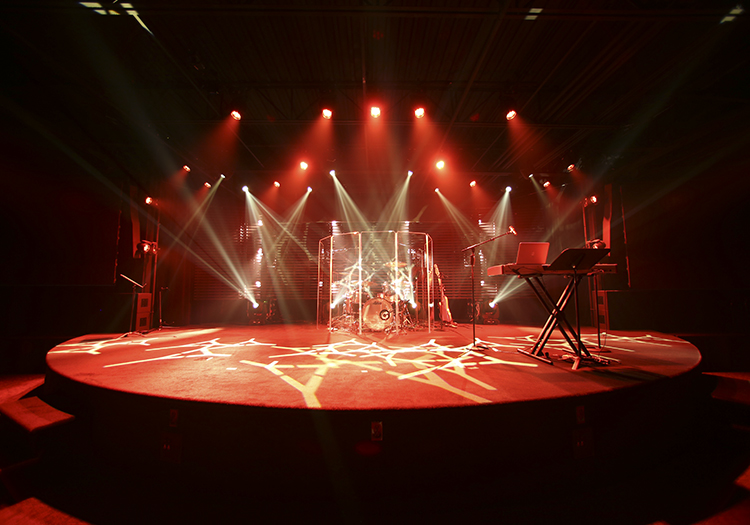 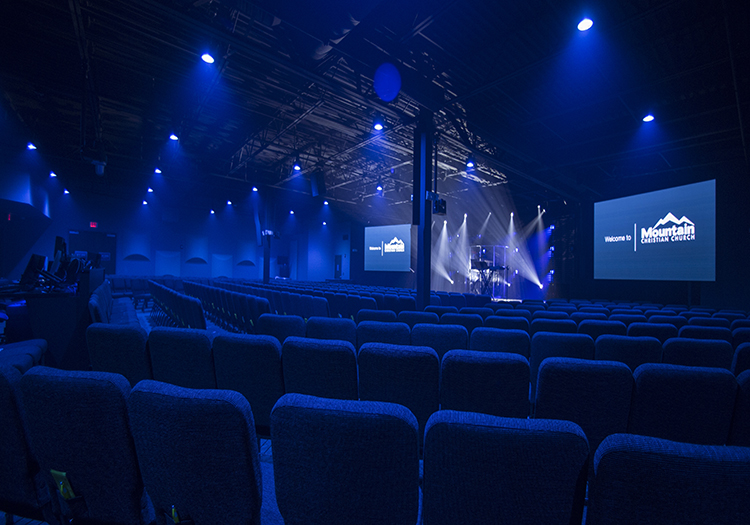 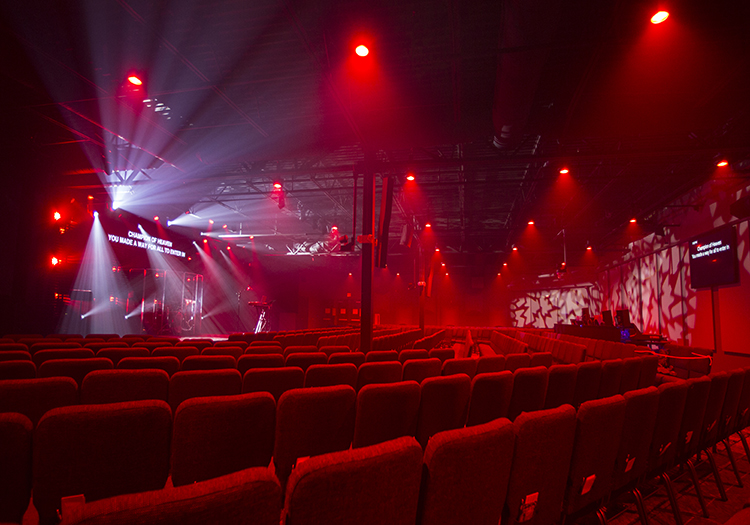 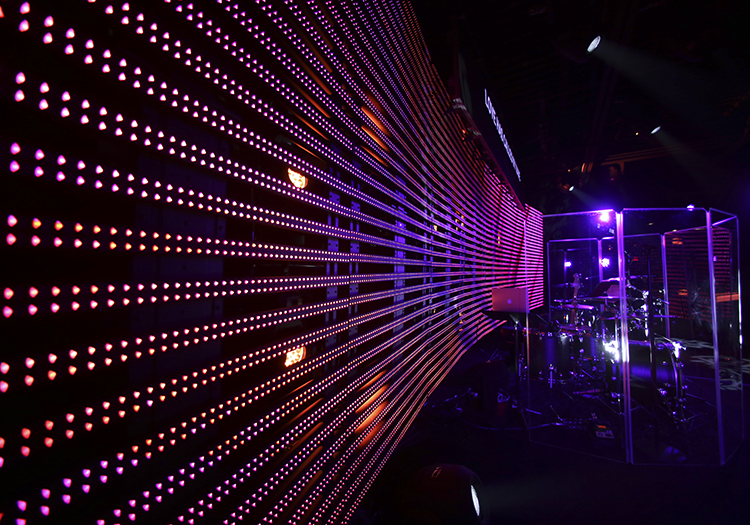 Mountain Christian Church (MCC) found a prime location in nearby Abingdon to establish its fourth area campus, there was one thing that wasn’t quite so ideal—the facility’s low 13-foot ceilings, which limited sound reinforcement options for the planned 600-seat worship space. However, AVL systems provider Mankin Media Systems of Franklin, Tennessee was able to recommend a highly effective and elegant solution in the form of L-Acoustics’ brand new Syva colinear loudspeaker system.

Rufenacht was initially concerned that they would need more fill speakers than originally planned, he points out that the system tuning process did a miraculous job of filling the gaps and smoothing out the coverage in the room. “It was impressive to see how the acoustics were adjusted in the room without changing the speaker locations or directions,” he says. “In fact, Syva ultimately gave us a less costly solution requiring fewer speakers than other systems we had considered, so it’s a real ‘win-win-win’ for us that sounds absolutely great.”

Although the satellite church’s message is streamed over the Internet from the main Mountain Road campus each week utilising Mankin’s SlipStream by Guardian service, everything else is staged live at Abingdon’s campus, including the praise team and other service elements. Since opening in mid-September, MCC’s newest location is regularly drawing approximately 1,000 people out to its three Sunday services, and audiences, musicians and staff members alike are reportedly thrilled with the results.

Mankin’s relationship with MCC goes back several years, having previously installed an L-Acoustics Kara system in the 1,600-seat auditorium of its Mountain Road campus, followed by an ARCS WiFo System that went into the church’s Bel Air campus this past May.

Using L-Acoustics’ Soundvision 3D acoustical modeling software, Mankin’s system design placed single Syva enclosures on the pre-existing structural columns framing the far left and right sides of the stage. On the stage lip directly below each Syva are two Syva Low enclosures per side, extending Syva’s LF response, while a single KS28 sub per side adjacent to the stage further solidifies the system’s bottom end.

This project is particularly noteworthy in that it represents both the first North American permanent install for Syva as well as the world’s first house of worship to adopt the new system. “The Syva system at Abingdon’s campus is the secret weapon that really made the room what it is,” says Mankin’s Tim Corder. “In the project’s early ‘Dream’ phase, we explored multiple loudspeaker design approaches for this space and they all had significant compromises—either they were too large and compromised the height of the room to the point of being a deal-breaker, or they created too much potential variation in experience throughout the space to be acceptable. Syva was the perfect solution. The finished result blends into the space unlike anything else possible, without compromising quality in the least.”

Two additional Syva systems mounted on structural columns out in the house provide additional delay coverage to the back left and right corners of the room, while three X12 coaxial enclosures flown over the audience provide additional spot fill. A quantity of AVB-ready LA4X amplified controllers power and process the entire system.