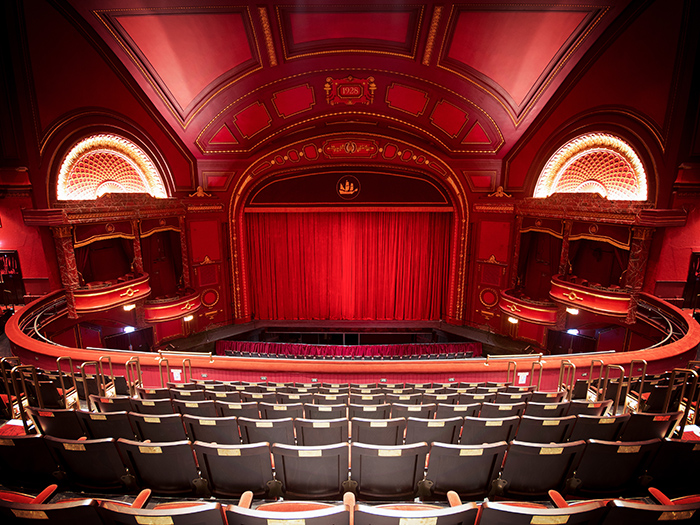 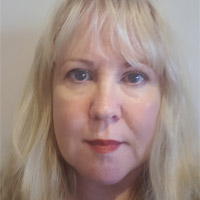 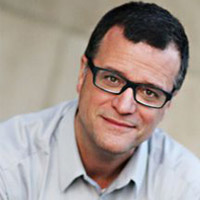 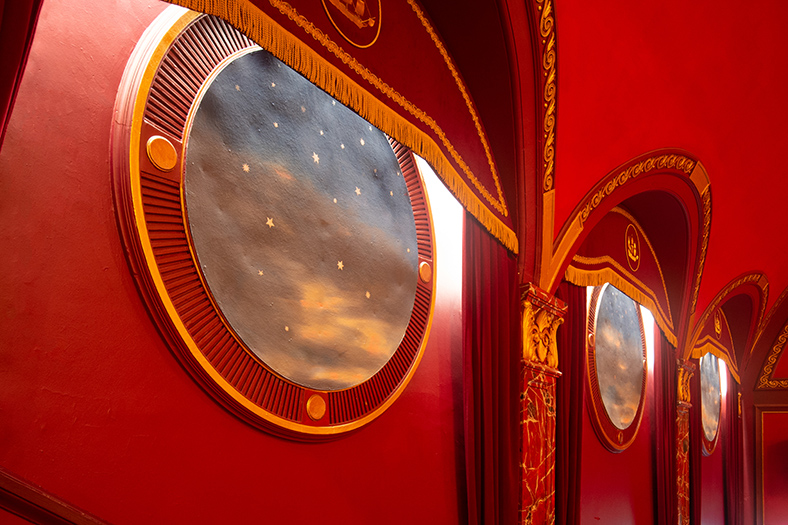 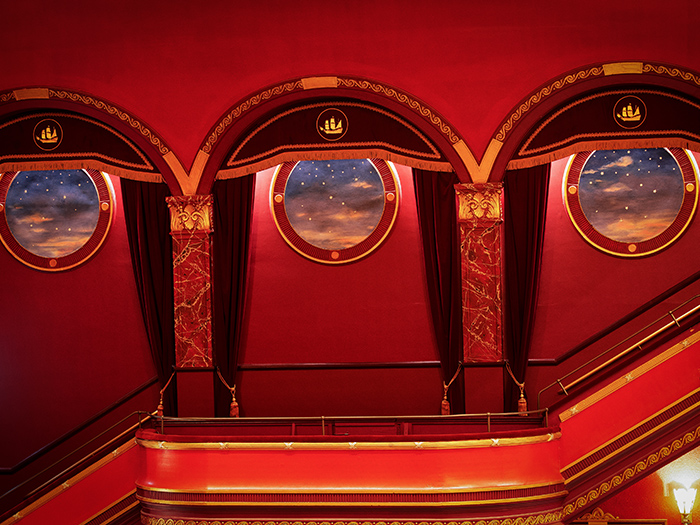 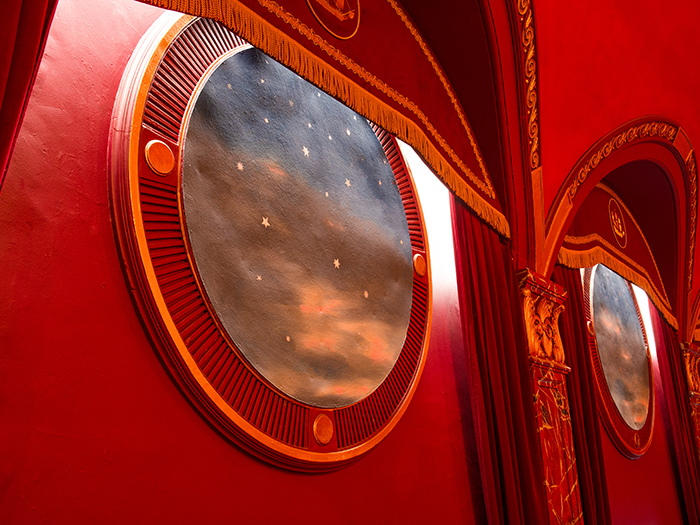 The Mayflower Theatre in Southampton has reopened its doors after a multi-million pound refurbishment including a new drapery package provided by J&C Joel.

In a rapid 16-week turnaround the UK’s largest regional theatre was restored to its former glory with a complete facelift including being completely repainted with a new red and gold colour scheme.

As part of the £7.5million project, J&C Joel supplied drapery to all parts of the auditorium in their Norland IFR Trevira Velour (VEL650) which was custom dyed to the client’s specification. Working closely with leading architect Foster Wilson (FWA), J&C Joel was heavily involved in the design of the decorative elements of the drapery package which included custom braid, fringing, rope and 11 appliqued Mayflower fabric ships.

There were four key challenges with this project which set it apart from other large-scale theatre projects J&C Joel has undertaken in the past. The first challenge was to design and manufacture 10 fabric centre piece Mayflower ships which were to be the focal point for the box and arch pelmets together with the main pelmet.

The original artwork was produced by FWA based on an old sketch of the original Mayflower. J&C Joel’s design team then broke the artwork down and created a series of production drawings which were used to manufacture the pieces. Using a combination of antique gold (REG004) and mustard (REG008) Regal Satin together with custom dyed rope, the ships were produced with the aid of magnifying lamps and tweezers. All ships were framed with a custom 8mm diameter gold rope.

The second of the challenges was the pelmets for the boxes that flanked the stage. Due to the high-profile nature of the venue, it attracts the largest touring shows and with it a requirement for numerous lighting positions. However, the boxes contained key lighting bars which clashed with the new pelmets.

Working with FWA, J&C Joel manufactured slits into the pelmets which could be peeled back when lighting bars were required. When not in use, an infill piece fitted over specially placed Velcro on the rear of the pelmet to give the appearance of a solid drape. In order to make this element work, the pelmets had to be manufactured with immense precision to ensure that all trimmings lined up when the slit was not in use. To finish the boxes off, J&C Joel produced self-lined legs with custom tiebacks installed on timber battens, fixed into the underside of the box.

The penultimate challenge related to the new pelmet and frame which was a late addition to the package. The pelmet was required to sit flush to the underside of the uneven proscenium arch, as opposed to resting behind it, which meant the new pelmet needed to be made with precision. The J&C Joel team took measurements every 100mm across the width of the proscenium and these dimensions were used to produce a CAD drawing and ultimately the pelmet frame.

Measuring 13.900m wide with a drop of 2.667m at its deepest point, the pelmet frame was fabricated in seven pieces from Sapele timber at J&C Joel’s premises. Once the frame was complete it was shipped to site for a successful test fit. It was then returned to J&C Joel and first covered in black Molton (MOL002) and then Norland velour (VEL650). A 100mm deep custom wave braid was then applied which was designed to enable it to flex around the sometimes-tight radii on the pelmet. Where the braid met on the bottom corners of the pelmet, it was mitred and covered with a rope swirl for a neater finish. The pelmet was then finished with the appliqued Mayflower ship centrepiece.

The final challenge was the measuring, design and production of six arch pelmets which sat at a high level in the auditorium. The difficulty with this element was that the arches curved in both planes which presented a challenge from a fixing perspective. To add another level of complexity, the fixing solution needed to incorporate some LED lights which were designed to showcase the artwork adorning the wall.

In order for the pelmets to read correctly, each needed to be made at slightly different sizes due to the arches being uneven. J&C Joel measured each arch and produced a CAD drawing which was overlaid onto the FWA auditorium drawing. This allowed J&C Joel to ensure that each of the arch pelmets would fit precisely.

Working with the main contractor, GF Holding, curved MDF templates were produced with a custom header to allow them to be fixed into the fabric of the building. J&C Joel wrapped the MDF panels in the same Norland velour as used on the other drapes and finished the pelmets with the custom braid, rope and appliqued ship. In order to deal with the corners of the pelmet, J&C Joel mitred the braid for a neater fit and then covered the joins with rope swirls. To finish the arches off, legs were produced at varying drops to work with the stairway. The legs were then dressed back with custom tiebacks.

In addition, J&C Joel produced new door and vision panel drapes, new drapes for the sound desk and orchestra pit and drapes to give some privacy for the seating booths that flank each level of the auditorium.

Commenting on the project, Head of Specialist Drapery Oliver Marns said: “This was an extremely rewarding project to work on and I was fortunate to be involved in the design process with FWA very early on. On a technical level the project stood out due to the intricacy required to produce appliqued ships. Having carried out such work for over 40 years, J&C Joel had never produced pieces with this level of detail and we were delighted with the result. I would like to thank the entire Joel’s team, FWA, GF Holding, the other subcontractors on site and the Mayflower team for their assistance throughout the project.”