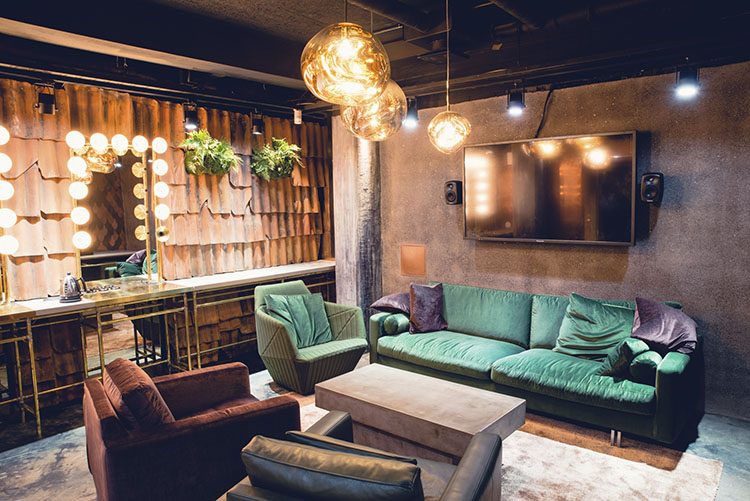 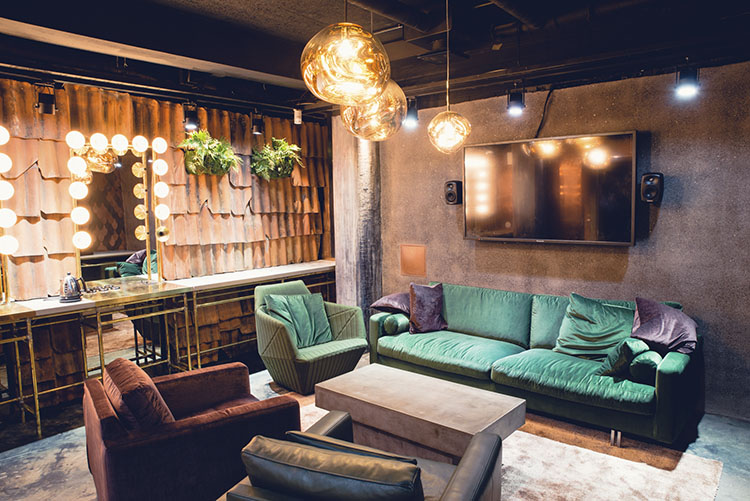 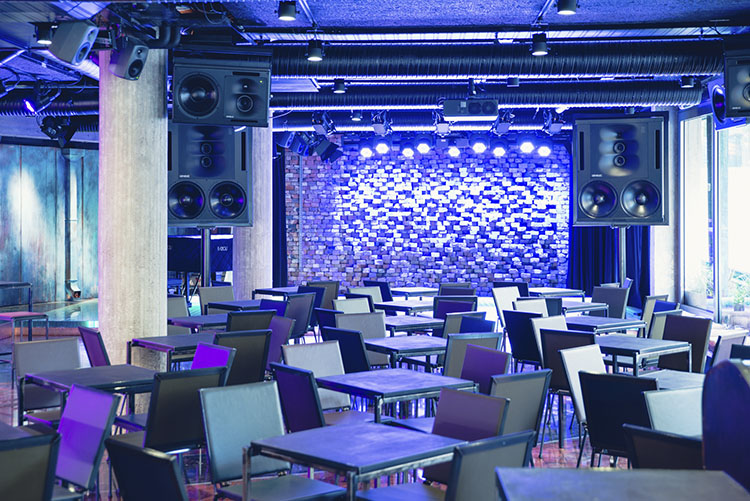 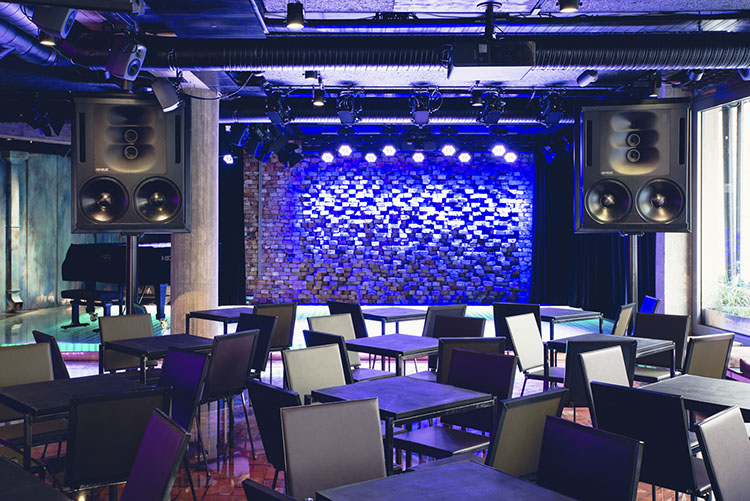 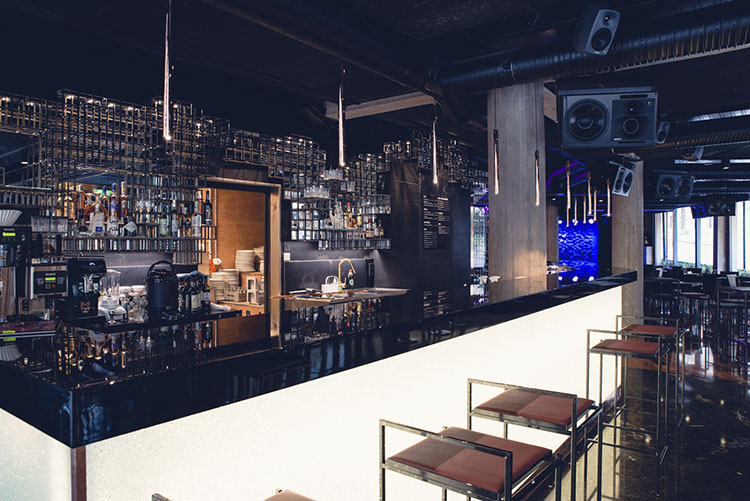 Lost Beach Club is something of a unique proposition in Ecuadorian clubbing. Located in the small surfers’ town of Montanita – a two-hour drive from the nearest city – it has nonetheless secured a reputation for being among the best beach club experiences in the world. It’s a success due in no small part to the driving vision of owner Kami Tadayon and his insistence on the best quality Funktion-One sound system.

“Lost Beach is unique,” explained Kami. “You’re under the stars, on the beachfront, in a town of 1,000 residents, and you have this superclub, with the best sound system in the world and some of the best DJs in the world coming to play every weekend. There’s nothing like this anywhere in Ecuador – or even Peru and Columbia.”

While the venue’s setting provides the one-off surroundings, it is also responsible for some special measures being taken by Kami and his team to ensure the both the audio and lighting equipment are kept in peak condition. Following each event at Lost Beach Club, the kit is kept in climate-controlled storage to protect it from the corrosive ocean spray.

Never one to rest on his laurels, Kami recently re-affirmed Lost Beach’s global standing with an audio upgrade in the form of new Funktion-One Evo 7 and Evo 6 systems.

Kami’s passion for Funktion-One was ignited back in 2003 while he was living in Ibiza. For two years, he immersed himself in the cream of club culture, soaking up the very best nights at iconic venues like Space and Privilege. “Space Ibiza was a big inspiration for me,” Kami remembered. “I studied and investigated the place thoroughly and swore to myself that one day I would start a club and take it to the same level.”

By 2010, Kami had moved to Ecuador and was promoting parties across the country under the Global Unity Movement banner. He wanted a world-class system capable of creating that same blissful sound he had experienced in Ibiza. Therefore began his long-standing relationship with Funktion-One dealer Blue Box, owned by Mark Metcalf, the man credited with starting the loudspeaker manufacturer’s Ibiza legacy. A mobile system that began with 10 Res 2s and eight F218s (split in to two systems), was soon augmented by a further six Res 2s and four F214s.

Two years later, Kami acquired the beachfront site in Montanita that would become a base for his Global Unity Movement party nights. Dubbed Lost Beach Club, the venue drew top-class DJs from across Europe and the US. Combined with its high-end Funktion-One system, this made the venue a honey pot for discerning clubbers from across Ecuador and, before long, from beyond the country’s borders.

In 2014, a new law restricting the opening hours of outdoor clubs came in to force in Ecuador. But, rather than let this curtail the fun, Kami embarked on an ambitious project to build an indoor space, fitted to perfection with a carefully designed Funktion-One set-up. Once again, he turned to Mark and the team at Blue Box.

“Mark is a legend – he seems to know everything you need to know to make a world class sound system,” says Kami. “And he’s incredibly patient; we’ve always discussed every system I’ve bought from him thoroughly to make sure its right for every situation we need”

After looking at the proposed plans for the indoor ‘Cave’ space, the team agreed on a pair of DS4 Dance Stacks with Evo 6SH skeletal speakers and F218 dual 18-inch bass enclosures for the mezzanine area.

“When we were discussing the design of the system for the cave, I told Mark that I wanted it to win awards for the best sound,” said Kami. On this, Blue Box really delivered. Within a year of the Cave opening, Lost Beach Club was voted in to DJ Mag’s top seven beach clubs of the world, and continues to climb the magazine’s global club rankings.

“Mark is an unbelievably experienced expert,” said Kami. “He understands our needs and always delivers to our high expectations for the club system… and on top of all that he’s a great guy.”

For his part, Mark is quick to redirect praise back to the brains behind Lost Beach Club. “What Kami’s achieved here is remarkable,” he said. “And he continues to grow his audiences, many of whom travel up to 10 hours just to experience Lost Beach and its sound systems.”

This year, Lost Beach Club’s audio provision evolved again with the addition of the new Evo 7 and Evo 6 systems. The Evo 7s have taken the place of the Res 2s in the Lost Beach terrace while the Evo 6s provide updated sound for the large VIP area behind the DJ.

“Kami and his team have created quite a buzz with the installation of this new system and Lost Beach has raised its game once again,” said Mark. “Kami’s maxim is ‘if I build it, they will come’ and they are coming – in ever increasing numbers.”

While audio quality is firmly placed at the forefront of the venue’s DNA, lighting elements are used – albeit, sparingly. On the terrace, 20 wireless Philips Hue lights allow the colour of the space to be changed using a Philips app called Hue Disco. Six Chauvet Intimidator Beam LED 350 fixtures hanging from the bamboo roof are used for subtle, dynamic effects. The Cave is also home to a Philips Hue ambient lighting set-up, as well as two Chauvet Intimidator Beam LED 350s and two Chauvet Intimidator Spot LED 250s. Both dancefloors have a Chauvet Xpress 512 self-contained DMX-512 interface running ShowXpress software, with pre-programmed pre-sets running off touchscreen laptops.

For Mark, the success of Lost Beach echoes the halcyon days of Balearic club life: “The spirit of Ibiza that inspired Kami to bring dance music to Ecuador has largely disappeared as the island has moved more and more upmarket and away from its roots. But if anyone doubts the spirit of Ibizan clubbing still exists they could do worse than pay a visit to Lost Beach; the spirit of next generation clubbing is finding its feet.”