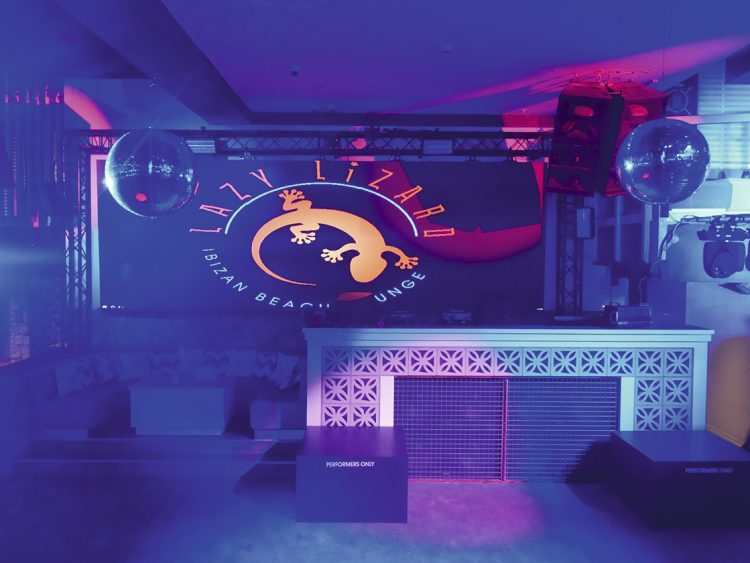 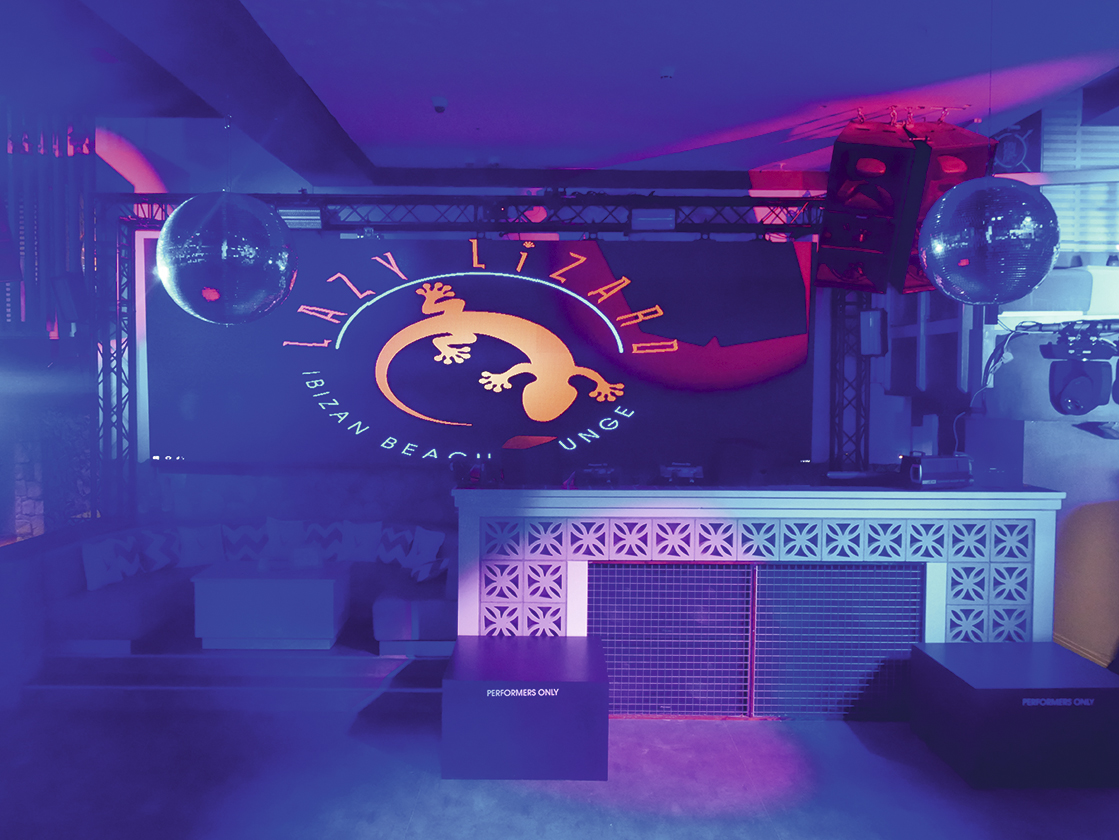 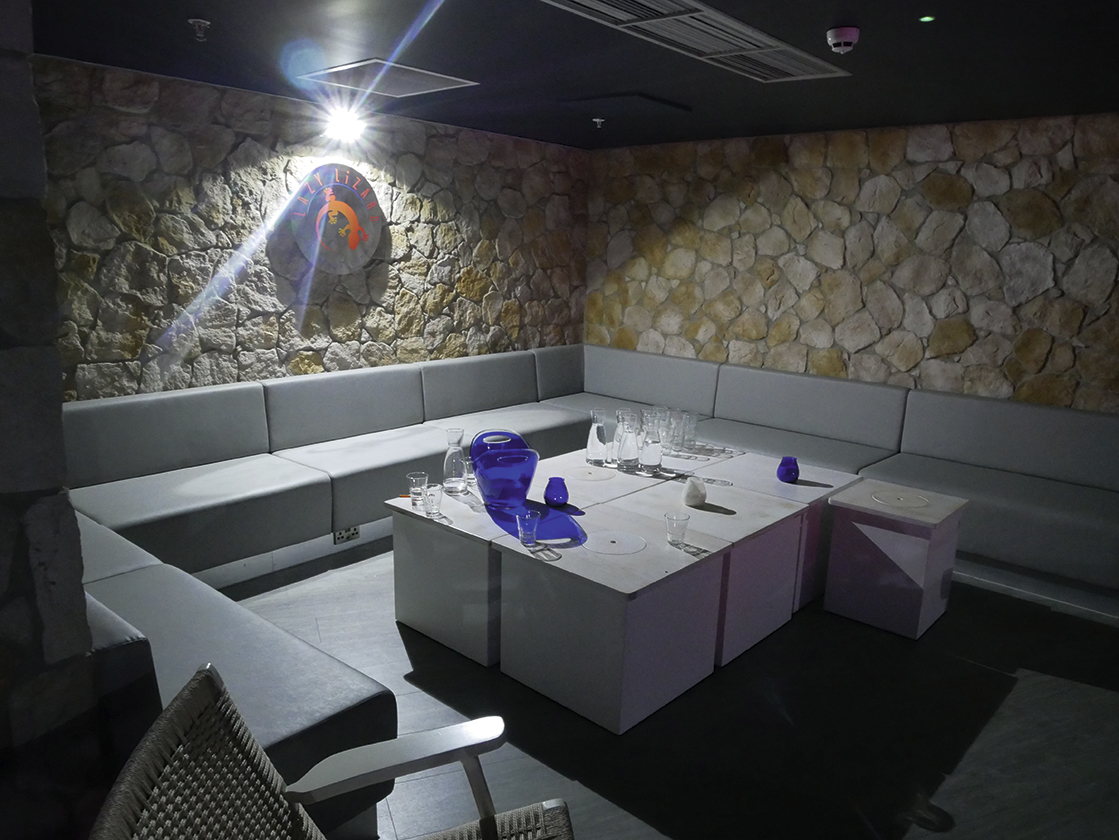 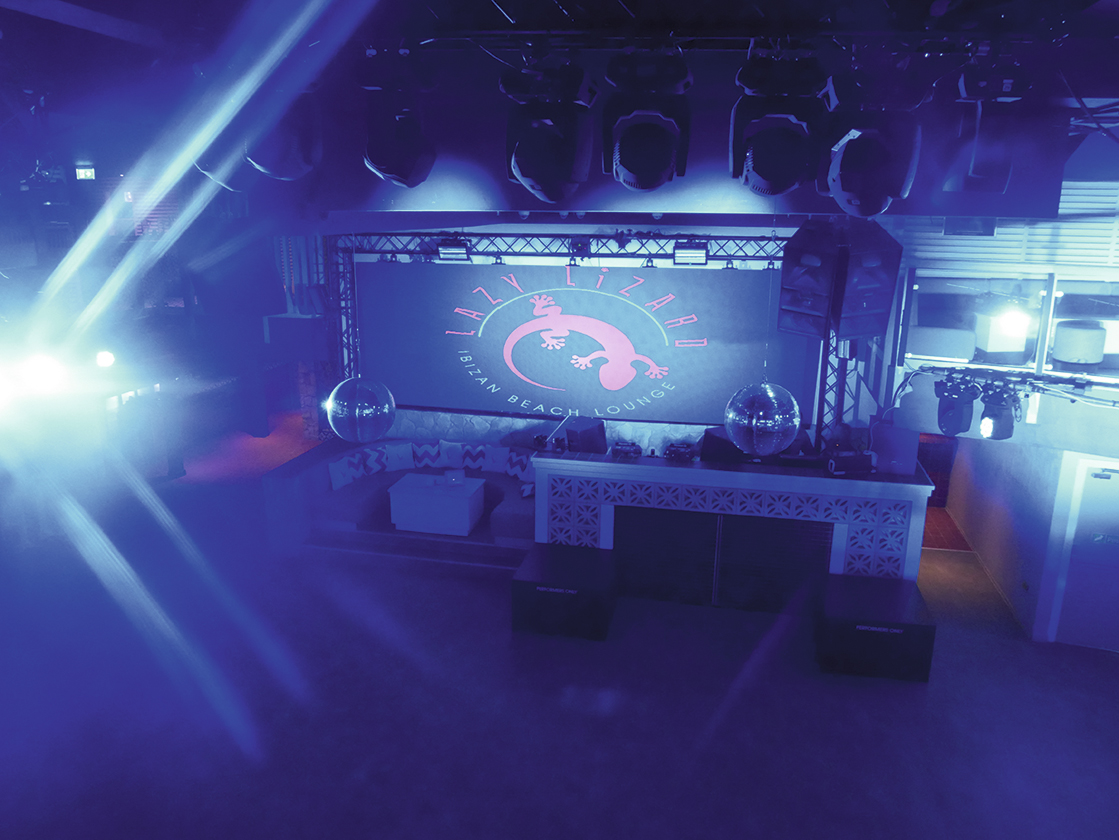 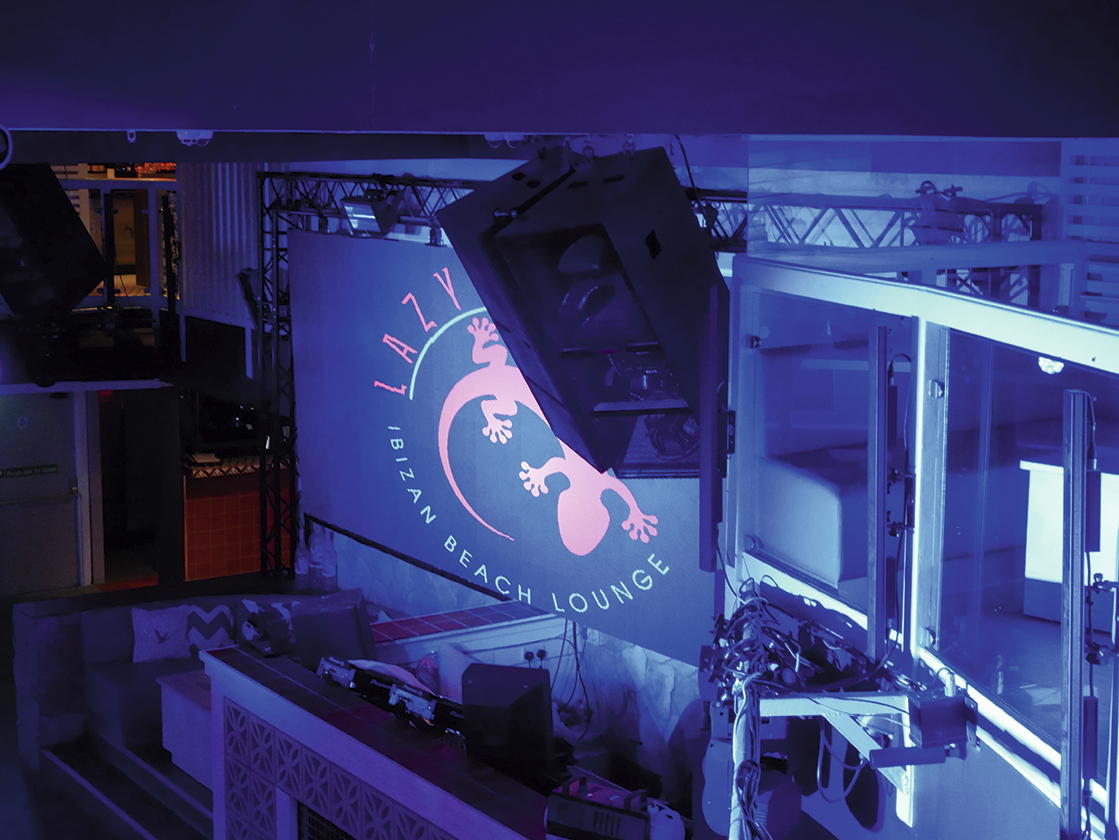 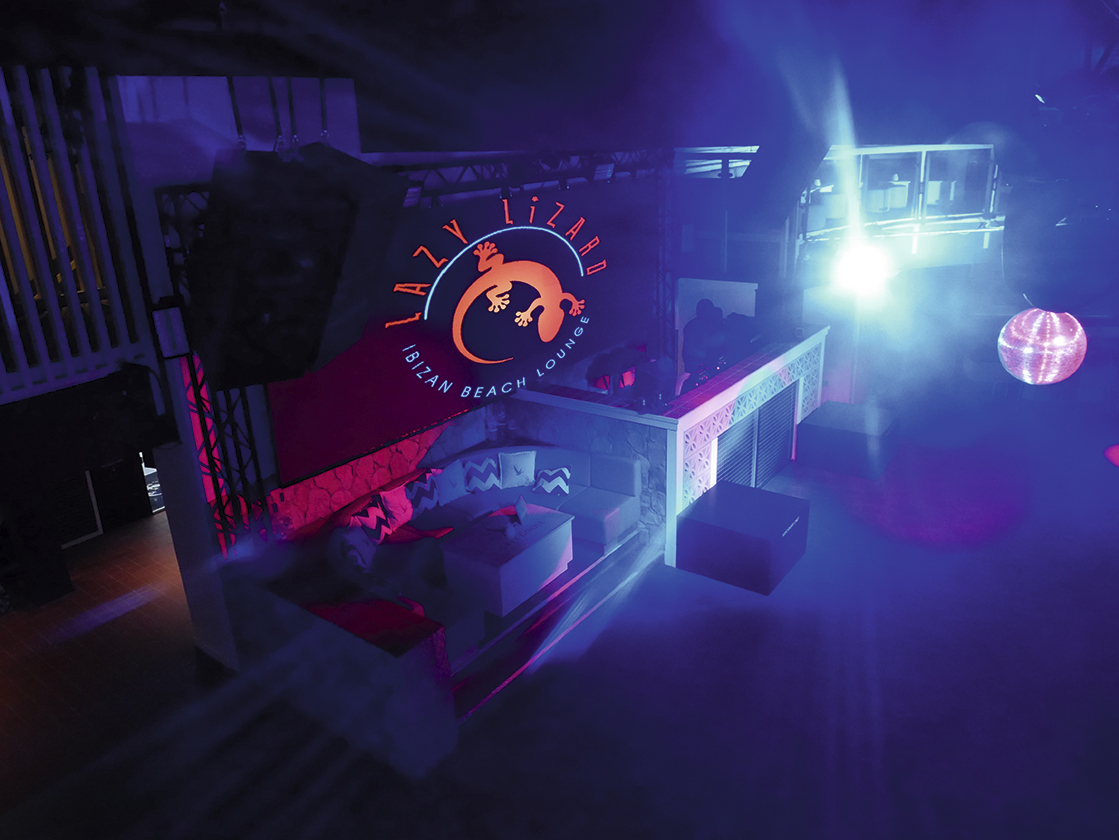 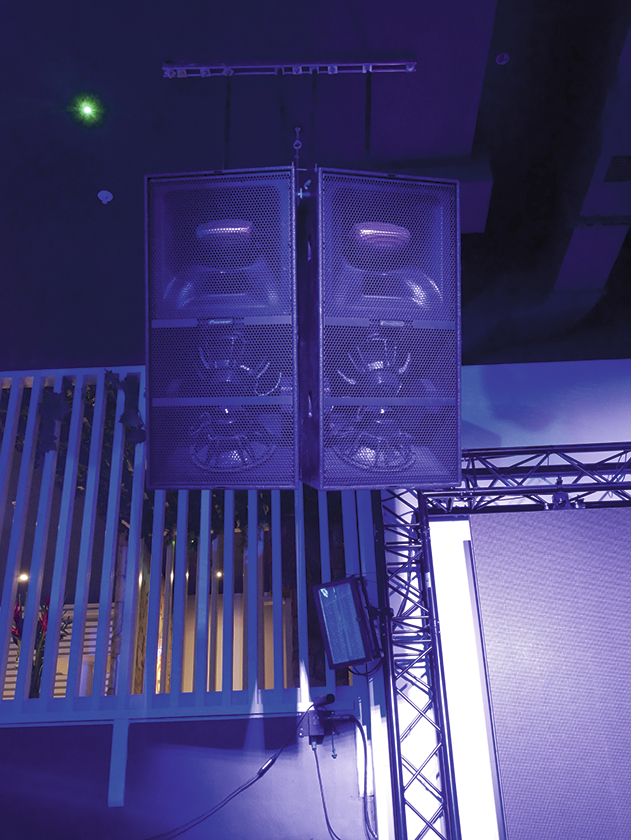 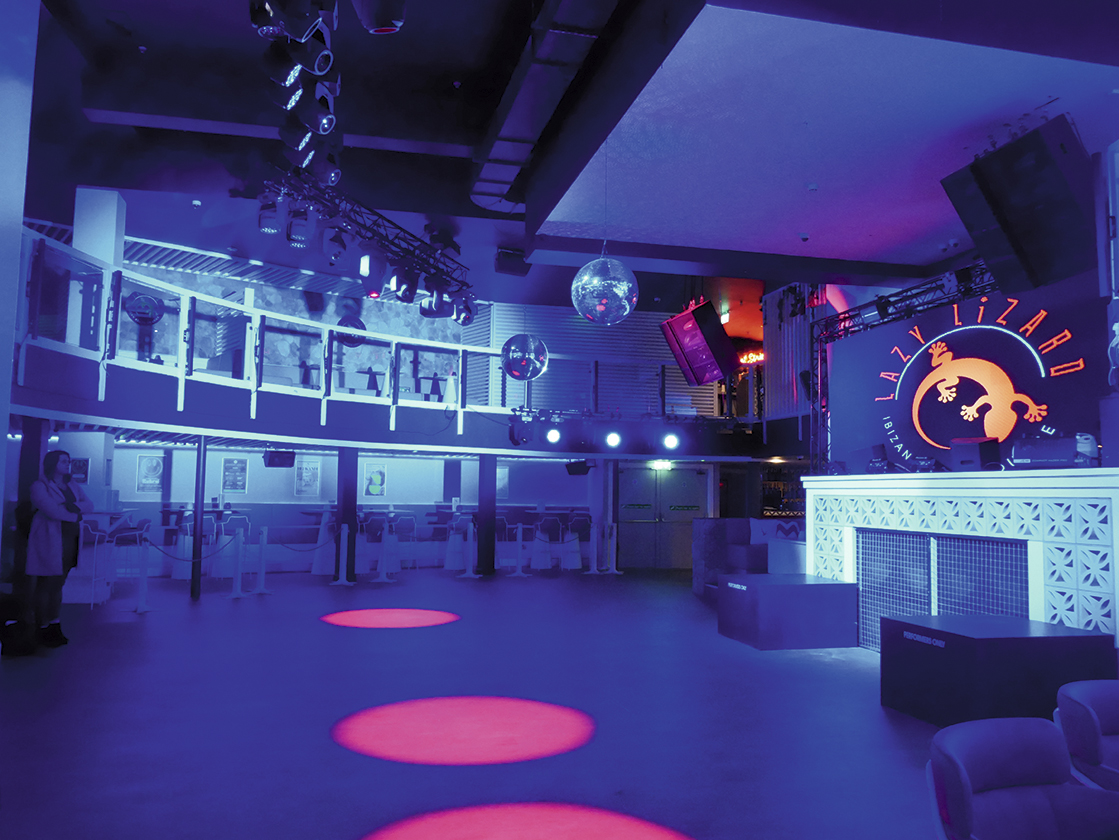 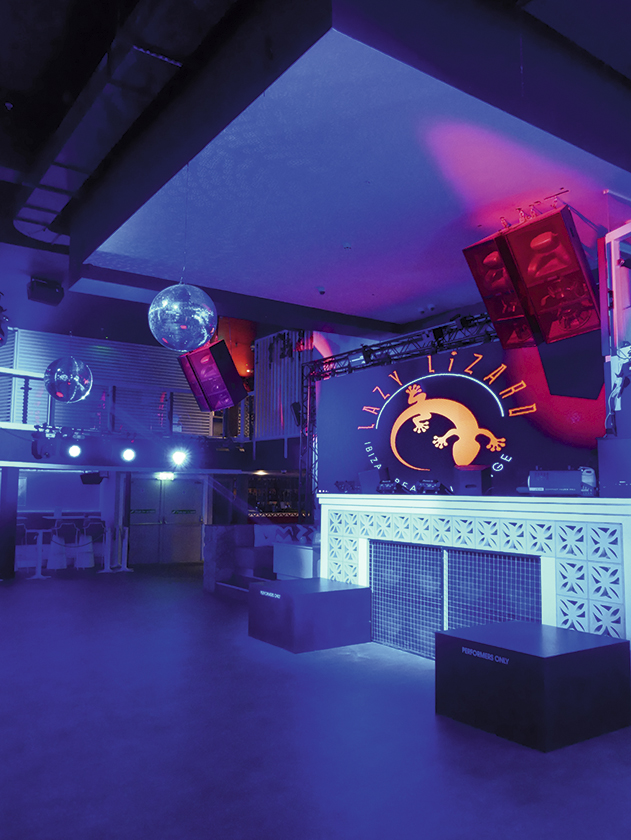 Raucously hedonistic fun is the promised order of the night at the latest addition to Manchester’s nightlife, Mark Andrews Developments’ (MAD Ltd) Lazy Lizard venue. If bringing Ibizan beach-club style to the city’s occasionally less-than-sun-drenched streets might appear to be something of a tall order, this brand new late-night concept begs to differ. Set on two floors in the Printworks on Withy Grove and with an overall capacity of 800, Lazy Lizard is open Thursday to Saturday hosting a mix of local and Ibizan DJs, playing the very best in techno, deep and classic house music. Ibiza club nights are a regular feature of the club, where every detail has been tailored to convey the atmosphere of the White Isle.

Refreshing cocktails and lighting features that create the feel of a Mediterranean sunset, give Lazy Lizard (the largest MAD Ltd site in its portfolio) a truly unique character. Its beating heart, as is the case in every club, is its sound system and for this key component of success, MAD Ltd, in consultation with integrators The Audio Group, chose the state-of-the-art XY-Series from Pioneer Pro Audio.\

Paul Adamson of The Audio Group takes up the story: “The job was a referral and it was the first time we’d worked with Martin Andrews Developments but of course we knew of Lazy Lizard’s General Manager, Charles Herbert, through his touring and management background – we move in similar circles, crossing paths at numerous events and festivals. At The Audio Group we’re well known for being first to market with products, we’ve never really followed trends, much preferring to set them and so the Lazy Lizard, a brand new concept in itself, was the perfect opportunity to install XY-3B for the first time in the UK. It’s a product that excites me and The Audio Group team and we’re really looking forward to exploring its limits as we move forward. Our project manager Phillip Sykes is very experienced in large scale installs and the job was a smooth process throughout.”

Charles Herbert, General Manager at Lazy Lizard offered an upbeat view: “This was the first time I’d worked with The Audio Group – they came highly recommended by a number of colleagues who’d worked with them before and by my contacts at Pioneer DJ. We wanted to install a world-class system, pure and simple and having reviewed all the options in the market, concluded that the quality offered by this new, cutting-edge product was exactly what we needed. The additional support offered by The Audio Group coupled with my long personal relationships with key staff at Pioneer DJ Europe all pointed to a winning option. The service and quality of the install by the Audio Group can’t be faulted – at every stage of the project they were on time, on schedule and delivered a high-quality level of finish at each step.”

Final Thoughts
Lazy Lizard opened its doors in early December, with a packed dance floor delivering an overwhelming thumbs-up to the system. Charles continued: “The system is mind-blowing. I’ve toured with world-class DJs for the last twenty years, experiencing some of the best sound systems in the world and the XY Series we have installed at Lazy Lizard is equal to anything I’ve heard before. I’ve had nothing but compliments from everyone who’s heard the system so far – it’s aesthetically pleasing as well as being acoustically fantastic. I’m sure that the XY Series will confirm Pioneer Pro Audio as a world leader in club and festival sound systems – the benchmark has been raised!”