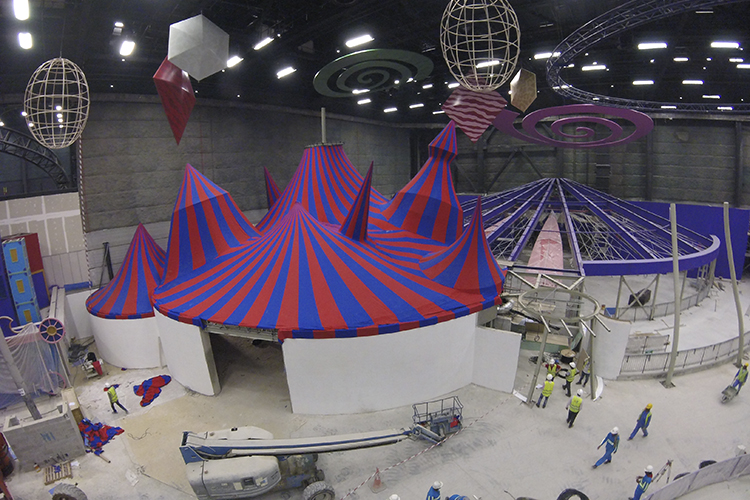 The main stage seated an audience of a thousand and carried a tangible air of excitement. This was the popular platform for South African cosplayers to jump in boots, wigs, body paint and all, as they represented characters from cartoons, comics, films, tv series and video games. The main stage area included panel discussions, Q&A sessions and interviews with celebrities in the comic book industry, such as the comic book writers, illustrators and a few international stars like Kevin Sussman (The Big Bang Theory).

The outdoor MTN Zone proved to be a popular venue with MGG erecting their Prolyte Arc Roof for jam-packed entertainment that included live music and SA’s favourite DJs. This zone also consisted of a VIP area, a screening area and hosted exclusive gaming competitions. A Vuepix 12mm LED screen was used for the backdrop of the stage while grandMA controlled the lighting aspects of the show.

Comic-Con Africa, a three-day event showcasing comic books, science fiction/fantasy related film and television, as well as similar popular arts, was hosted for the very first time in South Africa at the Kyalami International Convention Centre in Midrand, Johannesburg. MGG was appointed as the main technical supplier for the sold-out event, enjoyed by over 45000 superheroes, villains and sidekicks.

“We covered an area of three floors and over 400 metres. It was very stressful, but worked brilliantly in the end.” MGG used the Clear Comms FreeSpeak system and integrated it with a wired comms system.

“There was an international expectation and scrutiny on the event,” ended Tim. “Being Comic-Con’s first event on the African continent, there was pressure to meet the global standard.” The MGG technical team certainly did.