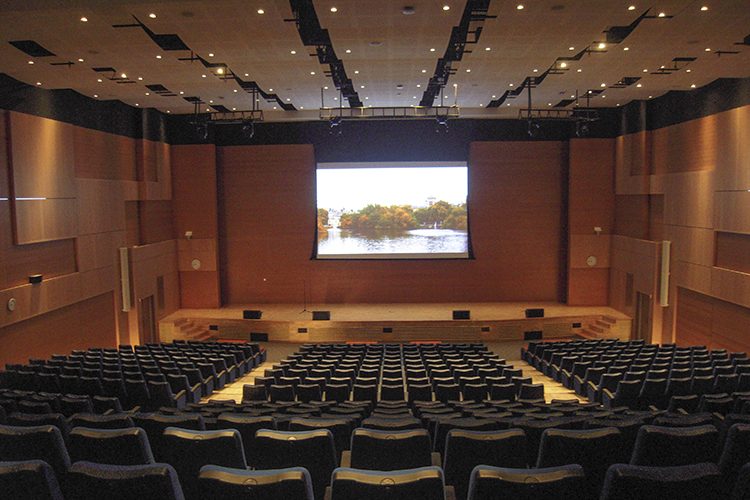 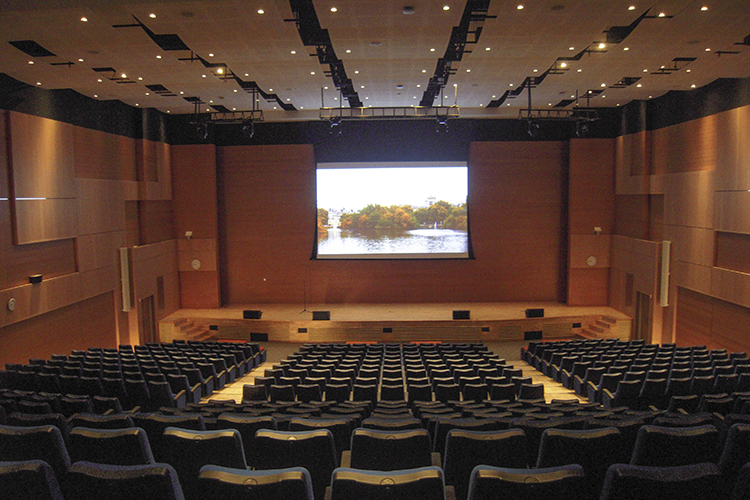 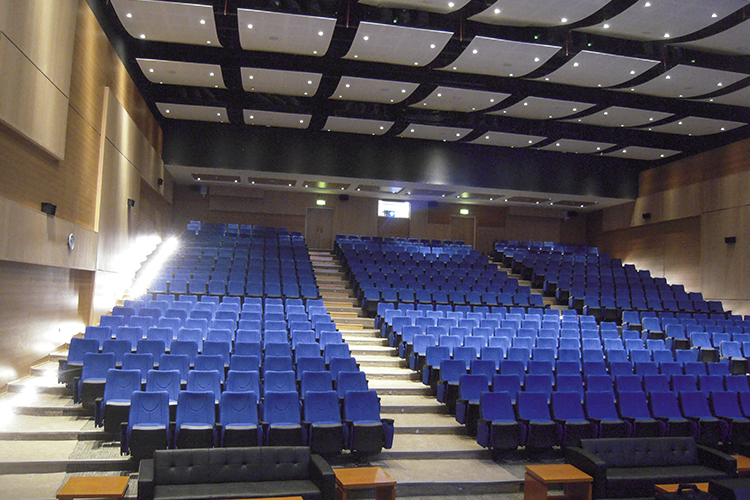 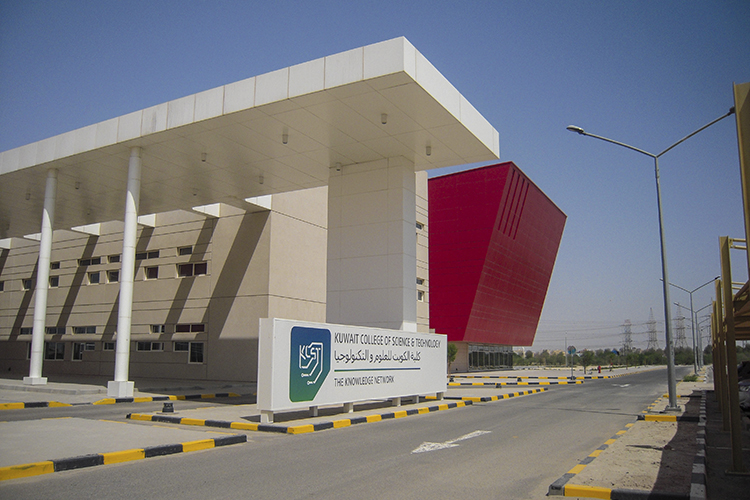 The Kuwait College of Science & Technology (KCST) is a one-of-a-kind private university in Kuwait City, where impeccable standards of learning have now been matched by arguably the best auditorium in the country. As part of a comprehensive three year project in which only the highest standards were deemed acceptable, regional systems integrator Bader al Mulla chose Renkus-Heinz solutions for what has now been described as the perfect installation.

Comprising a 525-seat auditorium and two 215-seat lecture halls, the KCST project began in March of 2014 and was perhaps more personal than most for Bader al Mulla. A leader in its field, the company shows its allegiance to the region by supporting the college with its considerable expertise. As a result, when AV Engineer Manohar Sharma was tasked with designing the college’s audio systems, he knew the end-result had to be good.

“I was involved in the audio-visual design for the entire KCST complex, the heart of which is the auditorium, with the two lecture theatres,” he explained. “The technology is excellent throughout – Christie projectors, Extron and Crestron switching control, and of course Renkus-Heinz loudspeakers. But what was remarkable from the beginning was the quality of the room itself – the room acoustics. It has been so well designed and constructed that it has a measured STI of 0.77.”

Given such impressive conditions in which to work, Manohar and his colleagues from Bader al Mulla set about crafting an audio solution without the usual restraints of in-room problems. Their work was made all the more important by the auditorium’s own high profile. “There are very few auditoriums here in Kuwait,” he explained. “There are some but they are not so big, and we have seen other rooms with systems that are not intelligible. So we wanted to deliver a very high quality and future-proofed solution.”

The choice of Renkus-Heinz may be considered surprising considering the brand’s reputation for using its beam steering expertise to rescue problem rooms. But for Manohar, there was no other alternative worth considering. “We have some experience with other brands but we know from previous projects that Renkus-Heinz is very supportive, and that we could relax in the knowledge that they would come on-board and support us by certifying the commissioning and doing the fine tuning.”

Nor were the beam steering capabilities of the system wasted in the room, as Bader al Mulla deployed them to ensure absolutely even coverage to every seat. “Beam steering is still applied because the auditorium is quite wide, around 65ft, and about 100ft deep. With left and right arrays serving such a deep auditorium, we needed to direct the beams to achieve optimum coverage across the audience area, which we have.”

Providing that coverage in the auditorium are two Iconyx ICL-FR Dual arrays mounted at the far left and right of the stage, with low-frequency support from two PN 212 SUBR subwoofers installed into the front of the stage. This core system is used for speech reinforcement, delivering all-important intelligibility for students and visiting dignitaries alike. Meanwhile, for more ambitious productions, a surround sound system has been installed comprising five PN61R enclosures as front-fills and a further 10 PN61R loudspeakers positioned at the left, right and rear of the audience. Completing the auditorium system are two-way CF61 enclosures used as monitors within the control room, and four PN121M conic loudspeaker systems that are used for on-stage monitoring.

Though smaller, the two lecture halls were treated with the same level of care and attention. Both have been outfitted with matching systems, comprising two Iconyx ICL-FR Singles, again mounted at the extreme left and right of the stage, supported by a single, central PN212SUBR subwoofer and three PN61R enclosures as front-fills. Two CF61 speakers serve as control room monitors. “Even in the lecture halls, they have a world-class system,” confirmed Norbert Bau, Renkus-Heinz Sales Manager for the Middle East, who participated in the commissioning of the system.