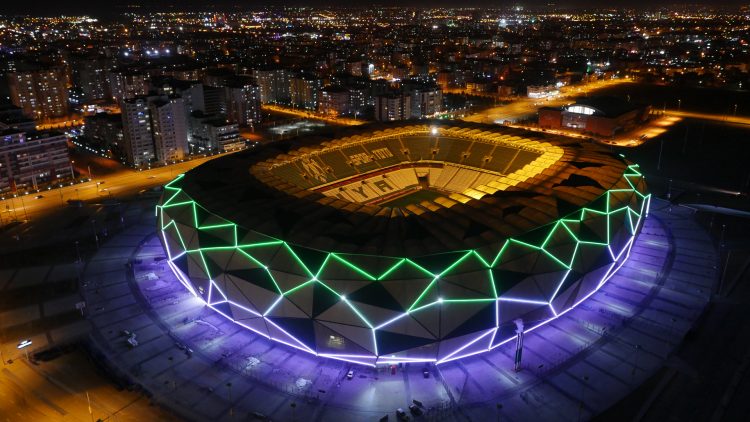 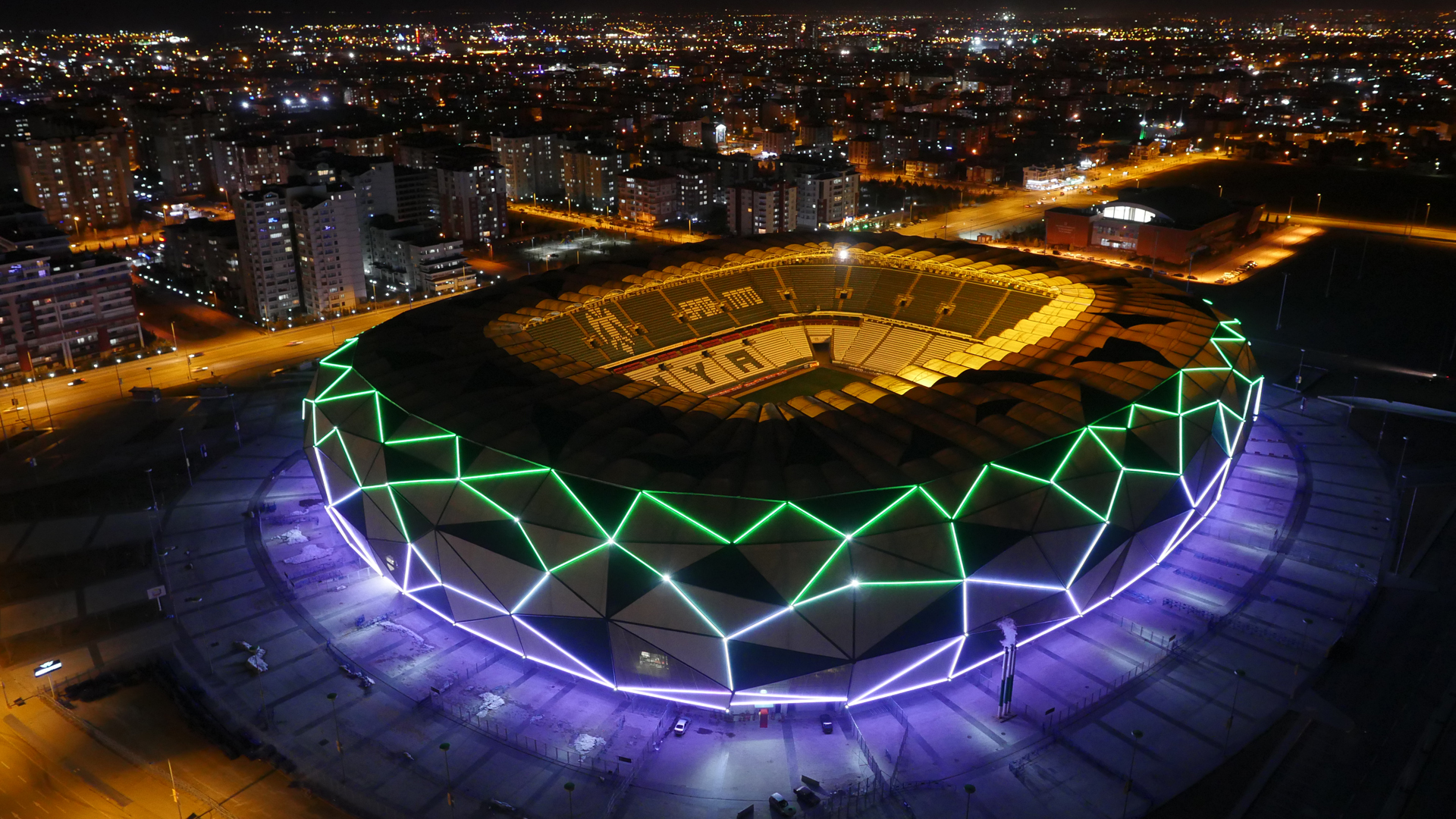 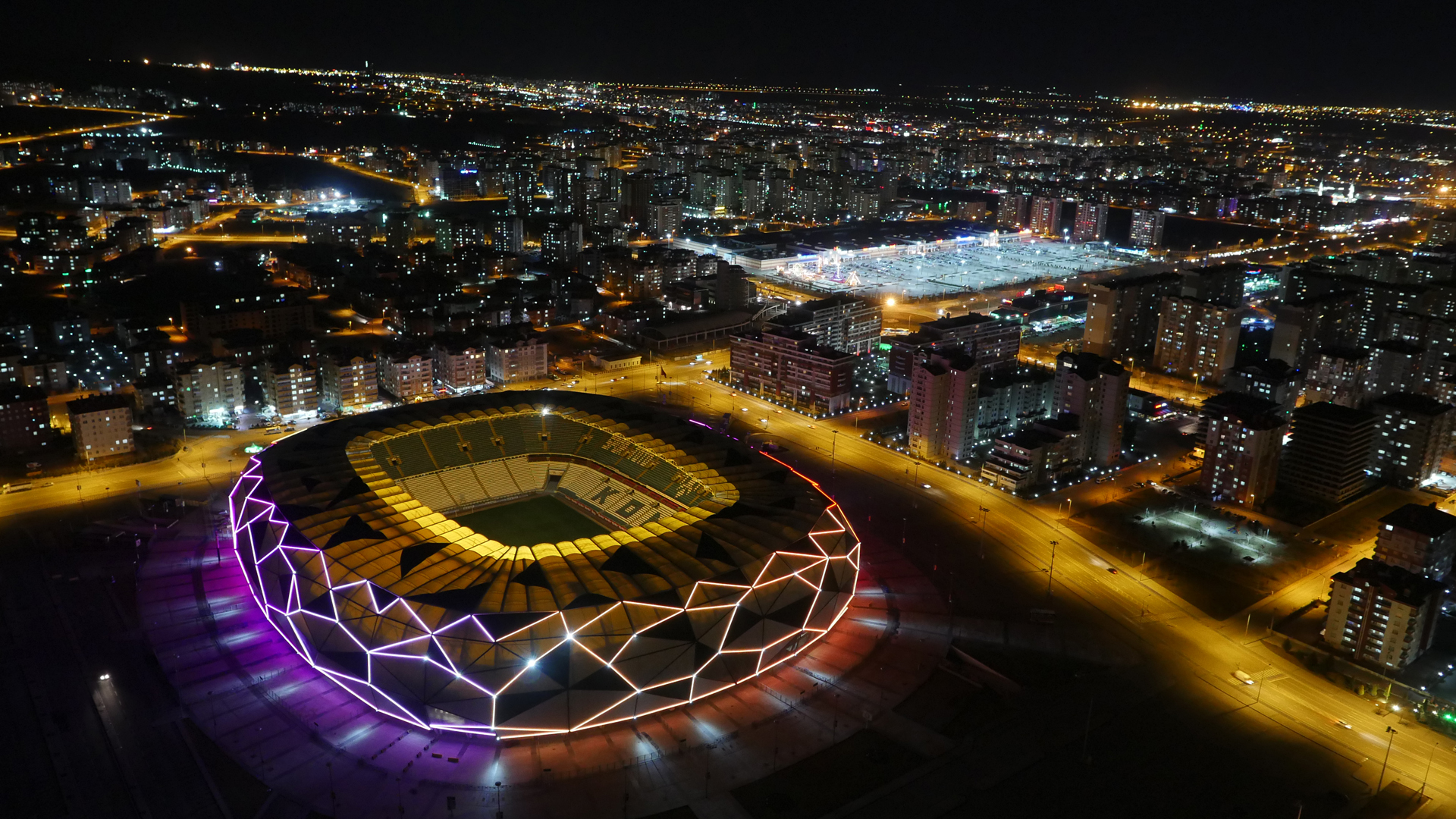 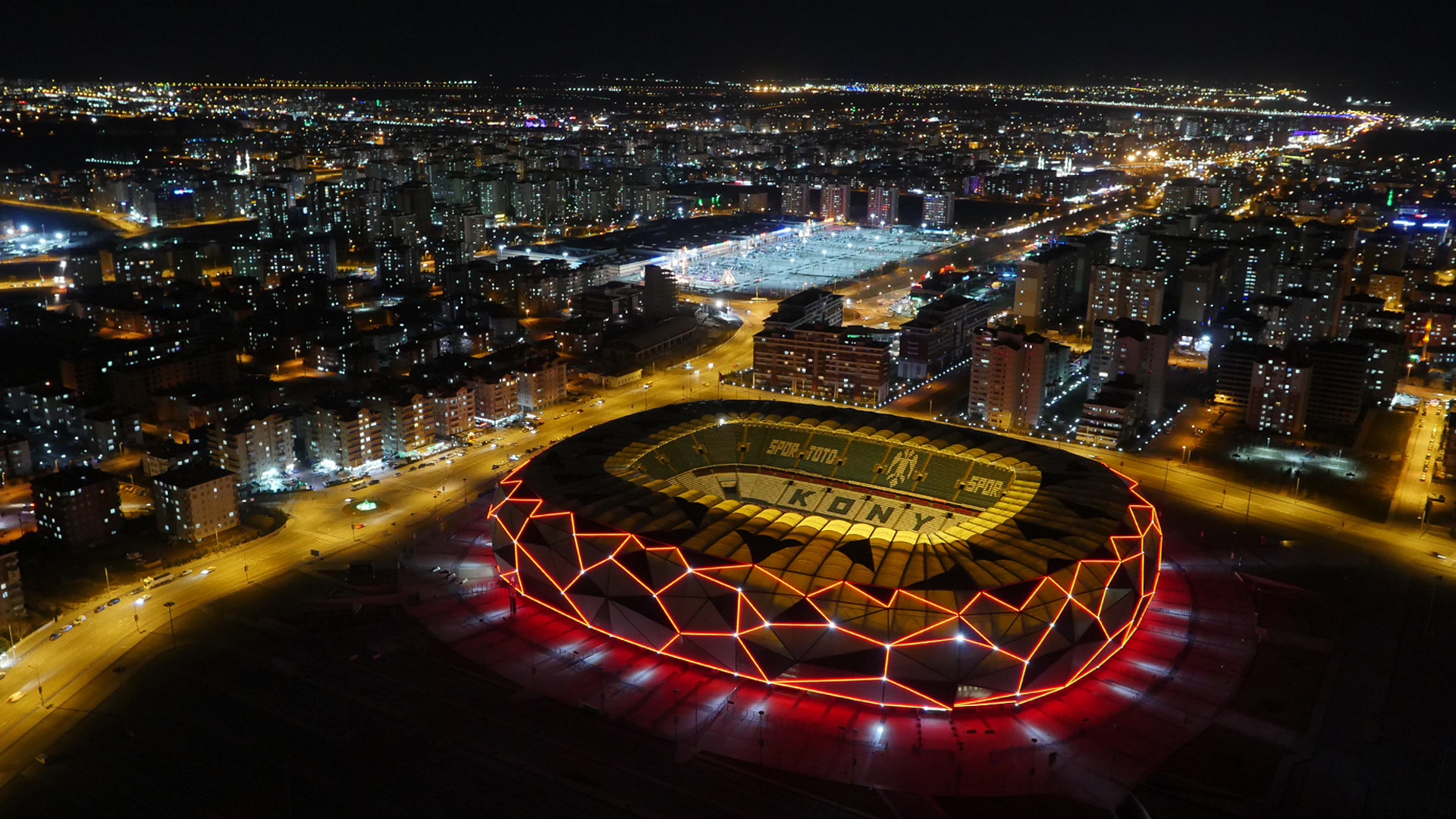 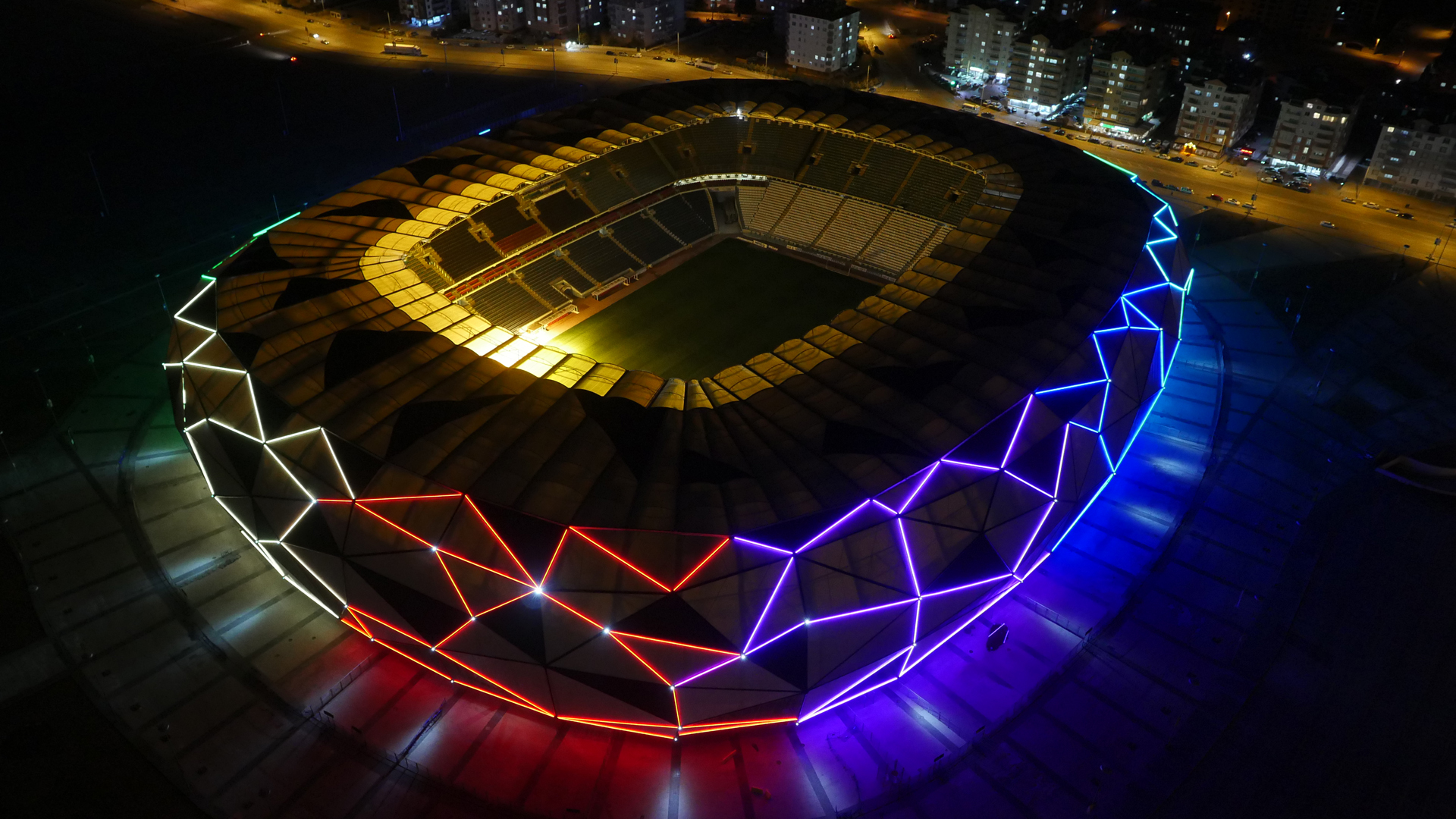 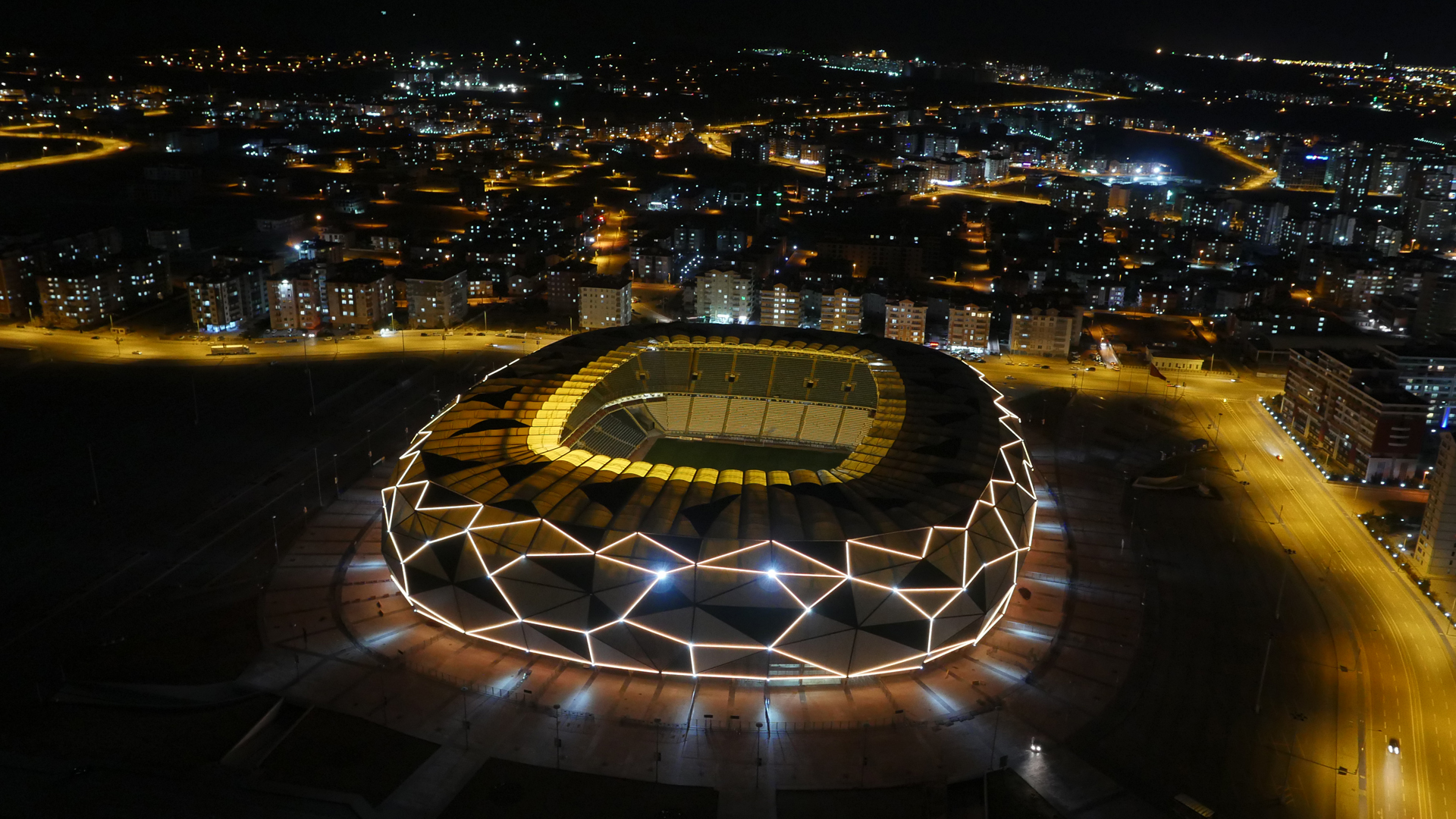 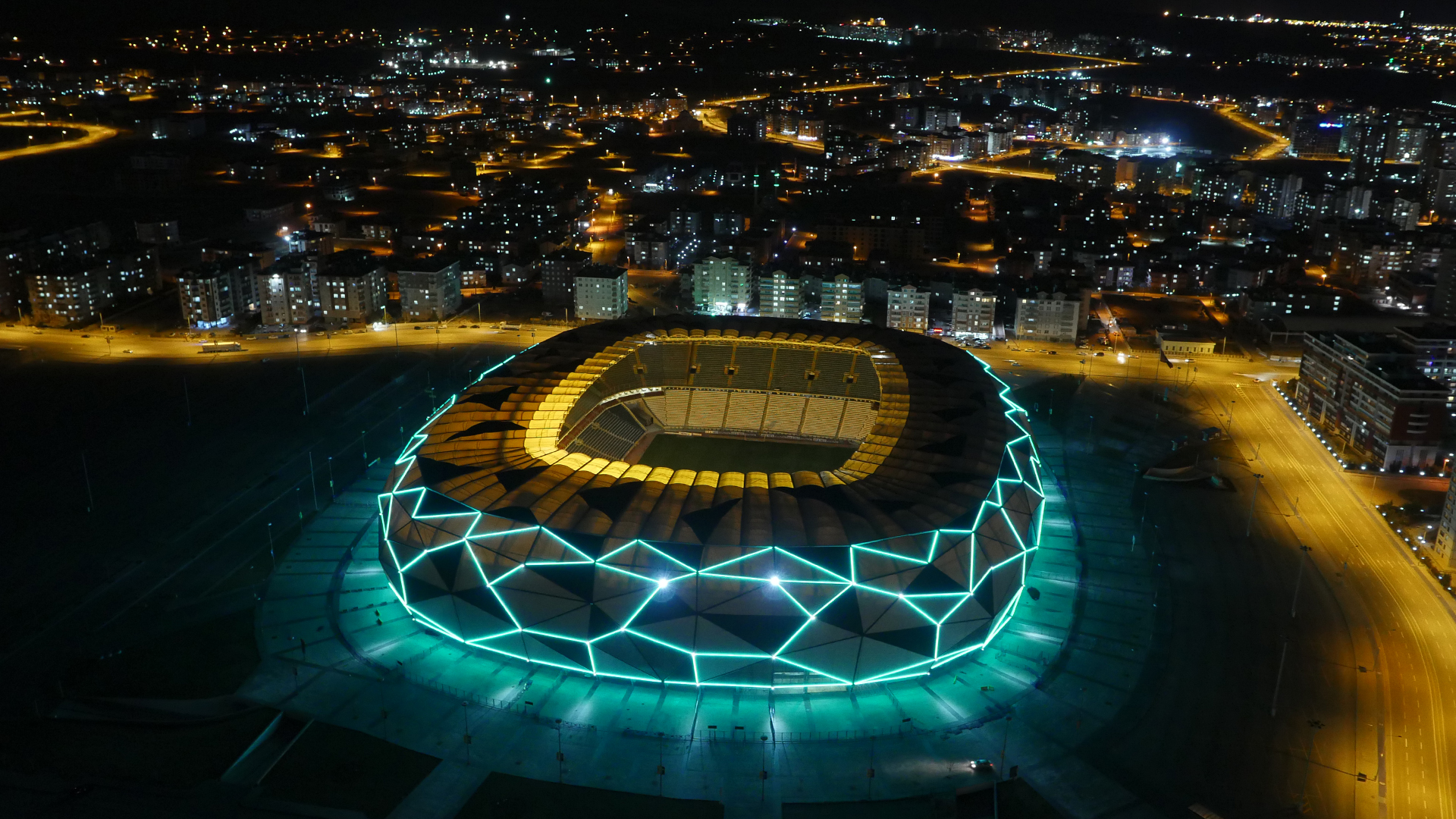 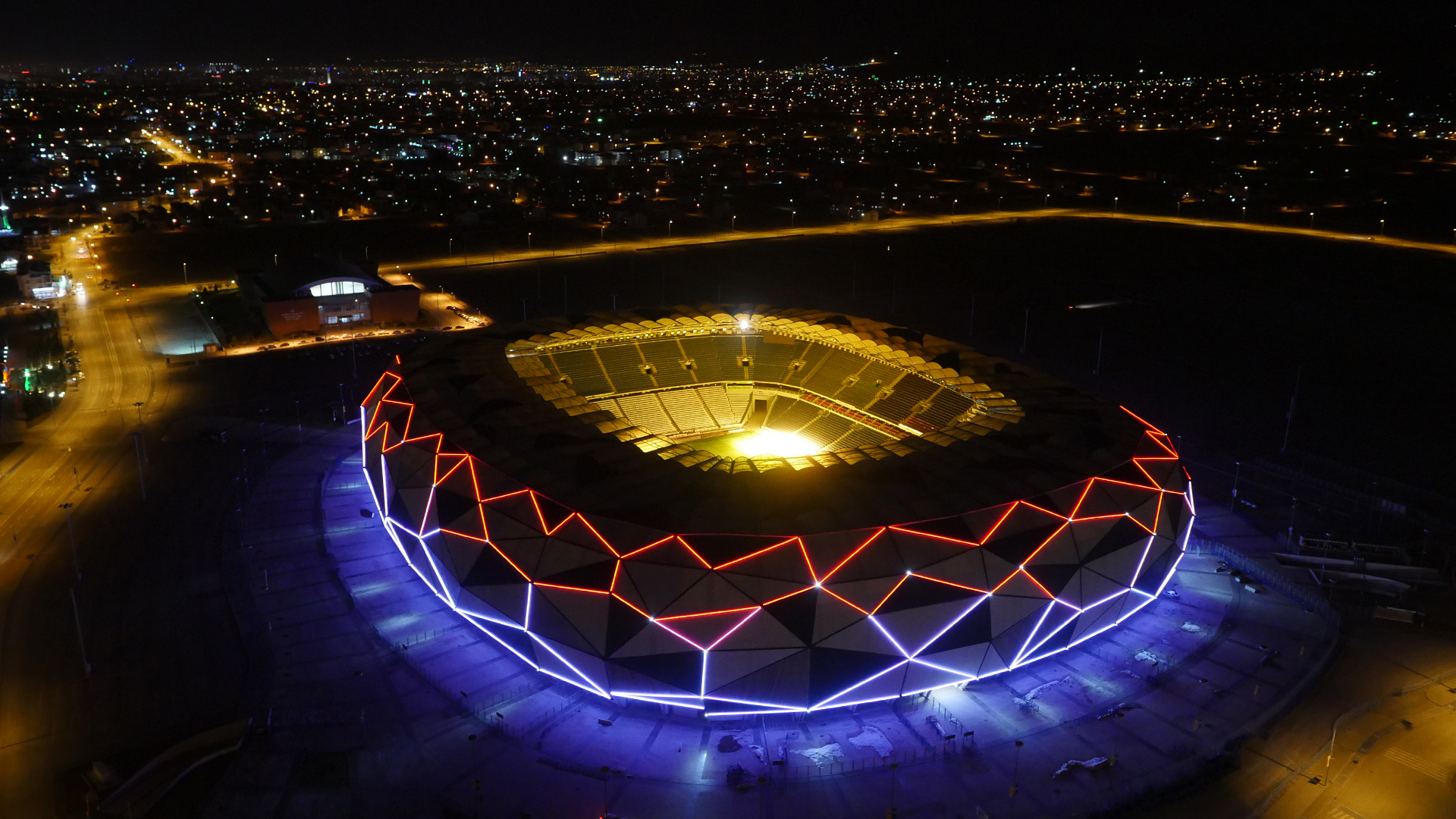 The design of Konya Metropolitan Stadium is a synthesis of contemporary structures and cultural clues, and an architectural highlight no matter what time of day it is. The large arena does not only stand out from the rest of the surrounding city buildings, but simply plays in a design league of its own.

By day, the facade is dominated by triangular, pentagonal, and hexagonal shapes that are often used in Seljuk structures. These tiles are painted in green and white, conforming to the colours of the local soccer team of European football. Metal gutters pass through the facade and are used to define the geometric forms, to drain the roof water, and to install the linear LED lighting system.

That is why, by night, it becomes something else entirely. The exterior turns into a large-scale LED media facade against the dark bringing out the asymmetrical design even more prominently. Fluid animations, moving visuals, and colourful and energetic effects are a highlight for visitors and passers-by alike.

This project presented various challenges due to the nature of the building and its structures as well as the short installation time of 3 months during the winter season with heavy snowfall. They were mainly overcome by a team of 9 climbers.