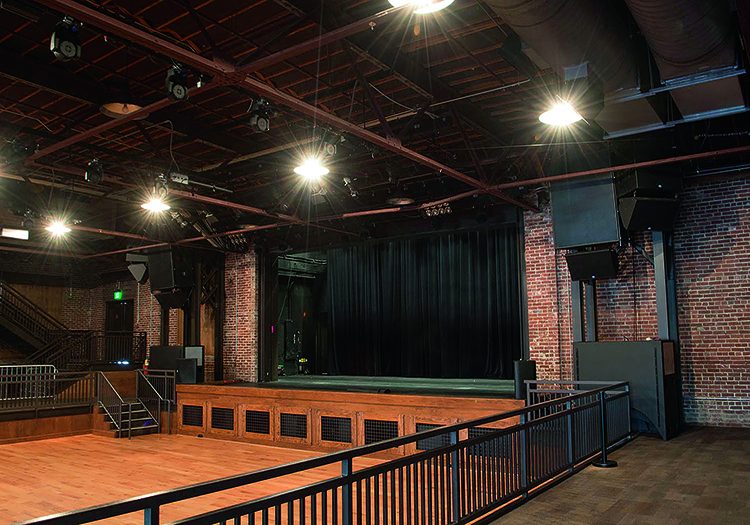 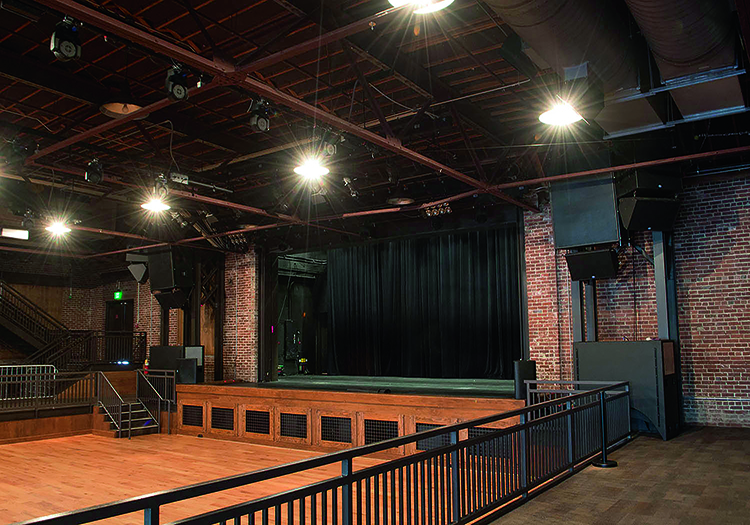 After an upgrade of its already killer Danley Sound Labs system to feature a stereo pair of Danley J1-94 Jericho Horns – boxes used mainly to light up massive outdoor arenas, some have argued that Iron City is now the best place to see a concert in the world.

To cover up to 1,300 audience members for what was originally intended to host mainly blues acts, Iron City’s original system included two Danley BC-218 subwoofers, six Danley TH-118 subwoofers, two Danley SH-64 loudspeakers, two Danley SM-96 loudspeakers, and – for main full-range coverage – two Danley SH-96HO loudspeakers. Musicians get to enjoy the pure point-source beauty of Danley SM-LPM monitors. “The subwoofer system at Iron City is monstrous,” said Scott Oliver, President of Centerline Audio Visual, the company that facilitated the purchase of the Jericho Horn upgrade. “The punch and depth are what audio folks dream of but rarely, if ever, experience.”

As pleased as everyone was with the sound quality of the system, there were calls for more overall output from the mains once Iron City started booking acts like Rob Zombie, Slayer, and Marilyn Manson. “The SH-96HOs sounded great, but we were running at 95% to get the volume we needed for loud rock acts,” explained Jason Westbrook, Iron City’s Production Manager, who, together with Danley’s Chief Engineer, Ivan Beaver, worked to make continual improvements to the system and orchestrated the Jericho Horn overhaul. “Iron City’s owner, Steve DeMedicis, is a huge Danley fan and the kind of person who wants to be the first kid on the block with a new toy. When I explained what a Danley Jericho Horn could do and that Iron City would be the first club in the world to use them, Steve jumped on board.”

Jason worked with his staff, Charles ‘Murph’ Murphy, Chris Stokes, and ‘Bamm’ aka Fernandez Johnson to hang and wire the two new Danley J1-94 Jericho Horns, and then he and Ivan tuned the system. In addition, Jason added two new Danley SH-95s for front fill and two new Danley SH-69s for balcony fills, and he reworked the Lake processing that drives the system. “The Jerichos effectively tripled our system,” he said. “It’s like we’ve got three SH-96HOs per side, and we can slam acts like the heavy metal super-group Hellyeah without breaking a sweat. And it’s ruler-flat: engineers keep showing me their SMAART output – ‘look at how flat your system is.’ And I’m like, ‘yep.’ I hand them the tools to reshape the output, but everyone leaves it alone because it sounds so great as is! And even though it gets super loud, the clarity makes it easy to have a conversation – the bartenders can easily hear drink orders even when the band is raging on stage.”