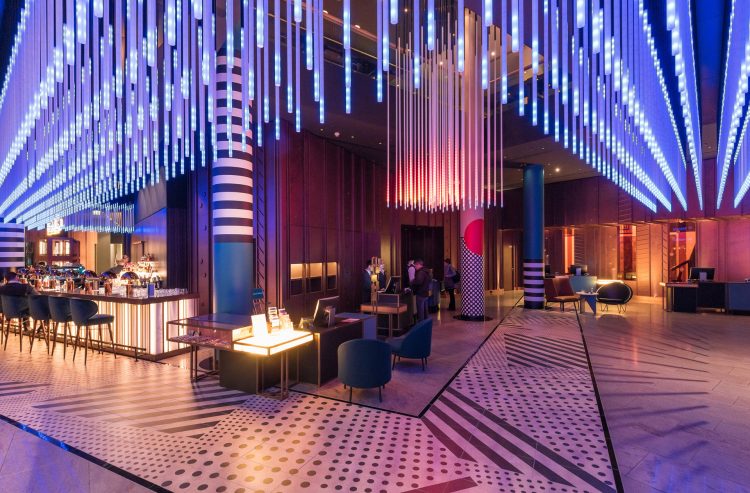 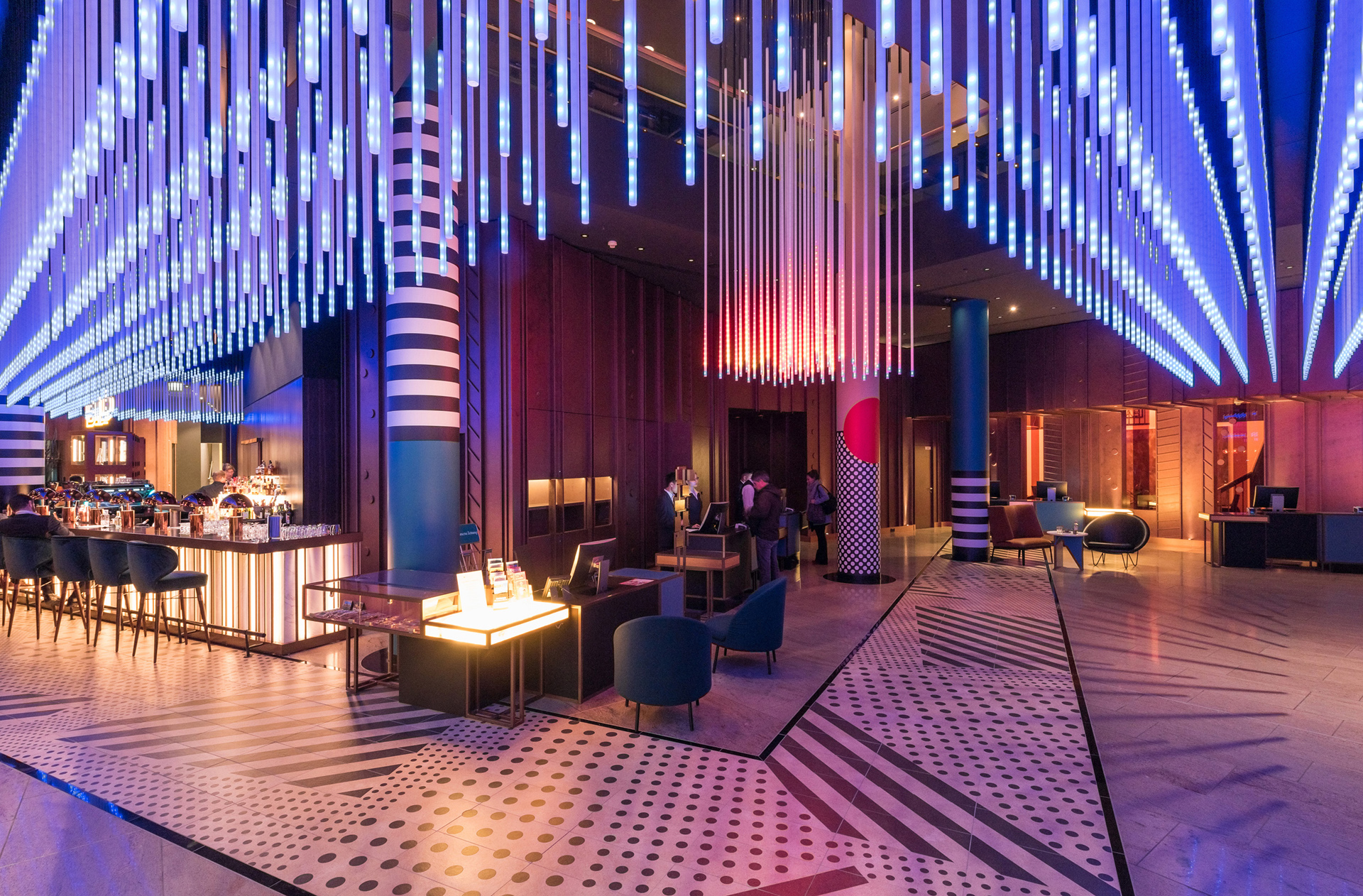 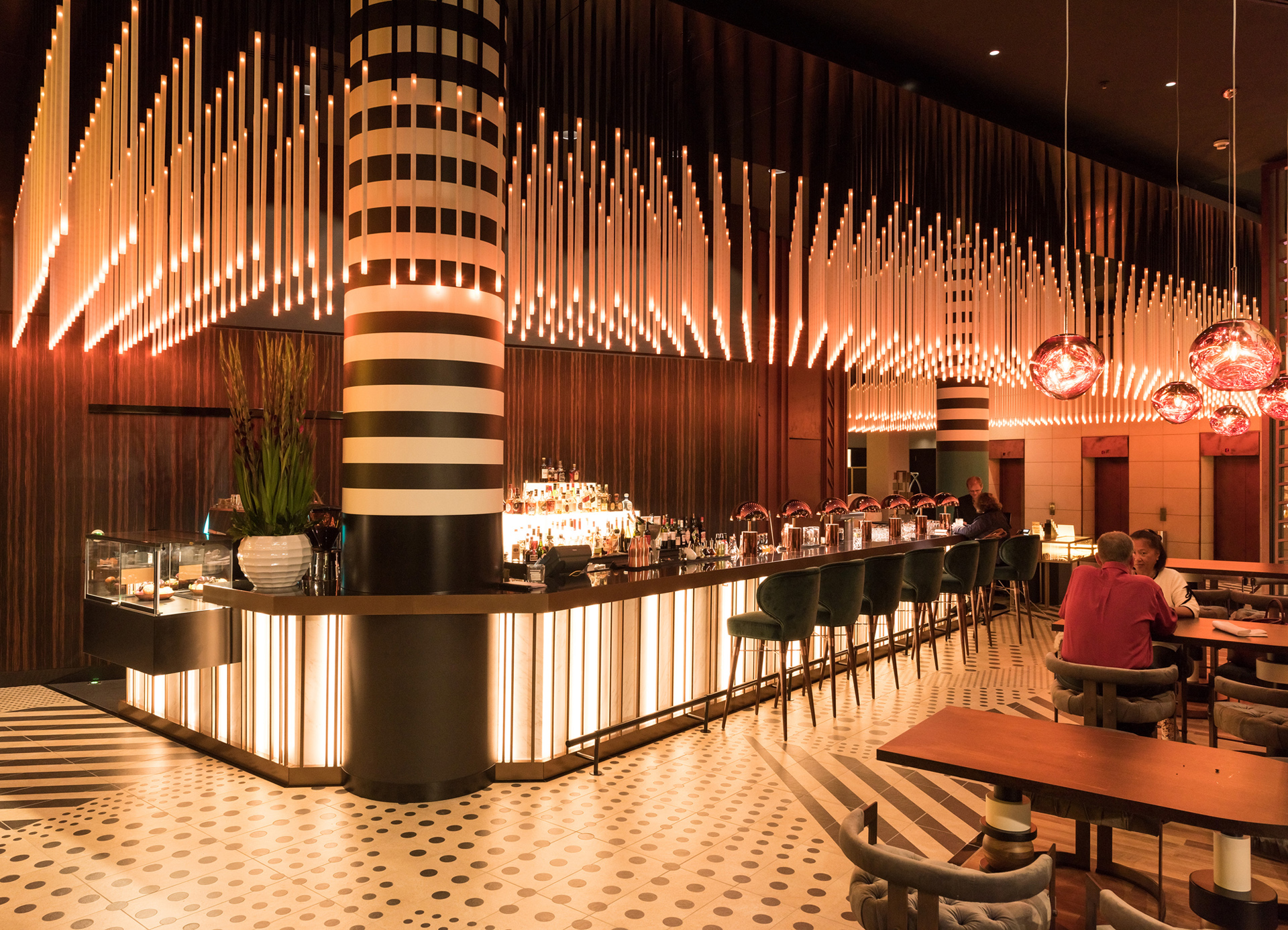 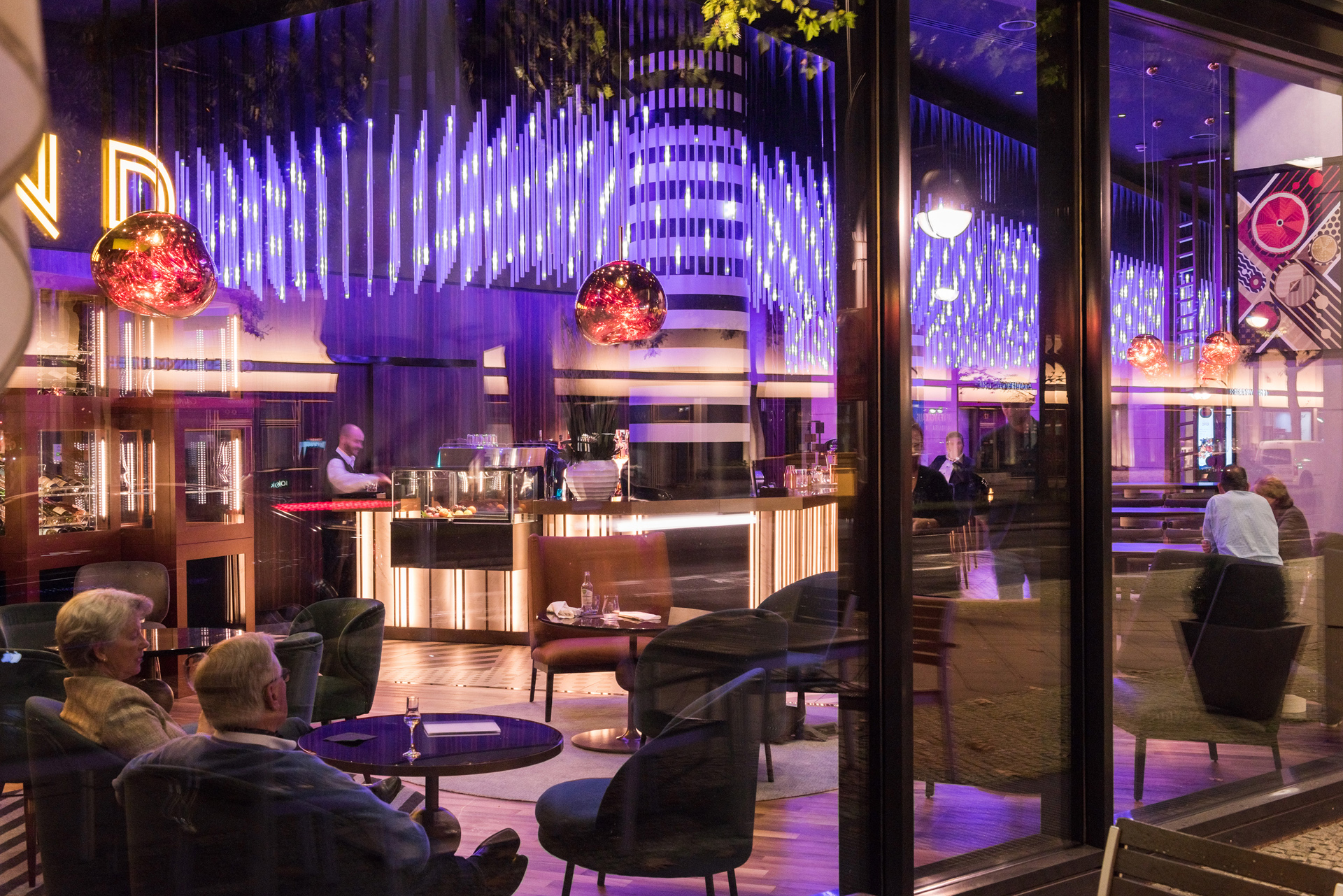 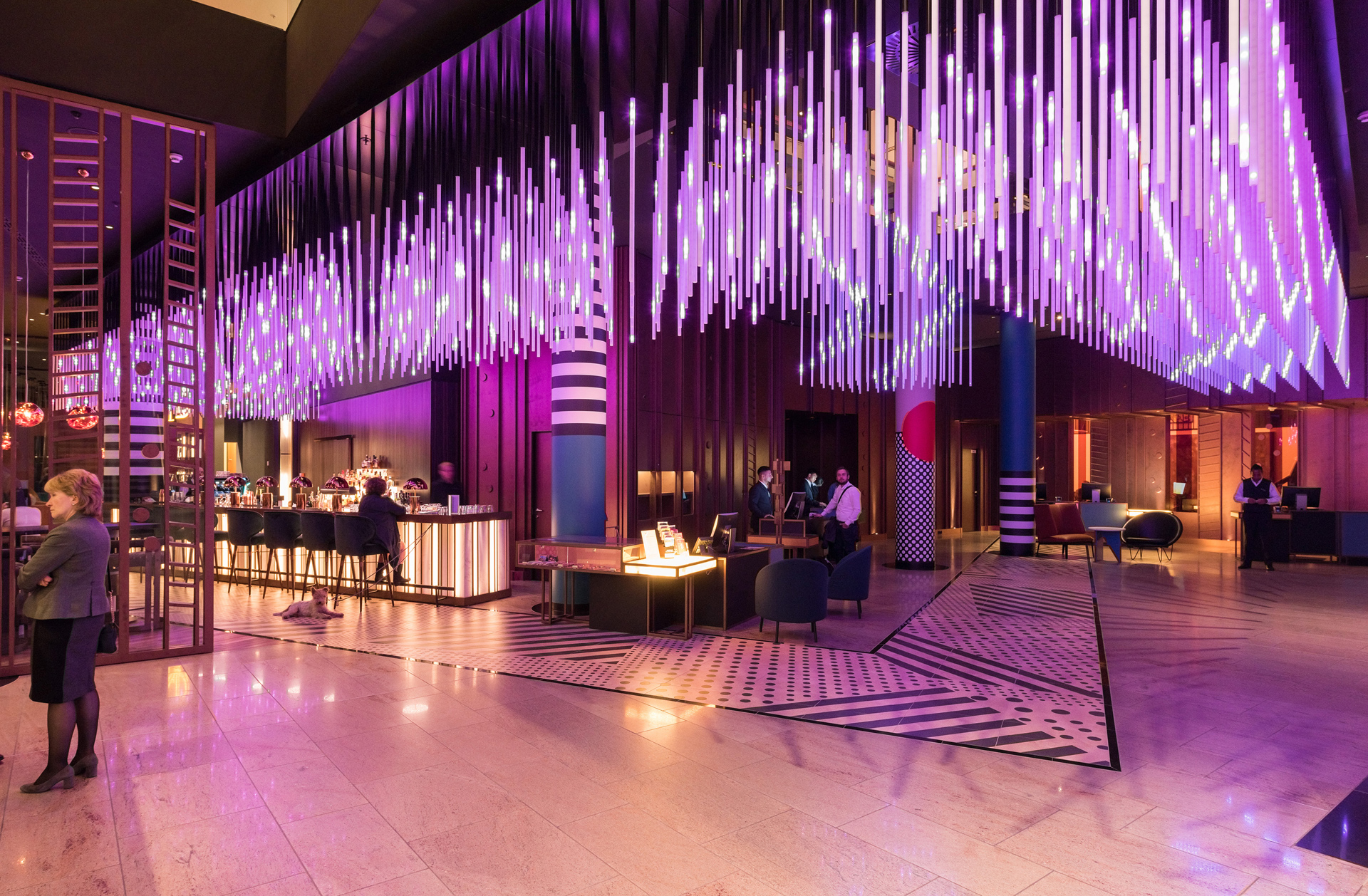 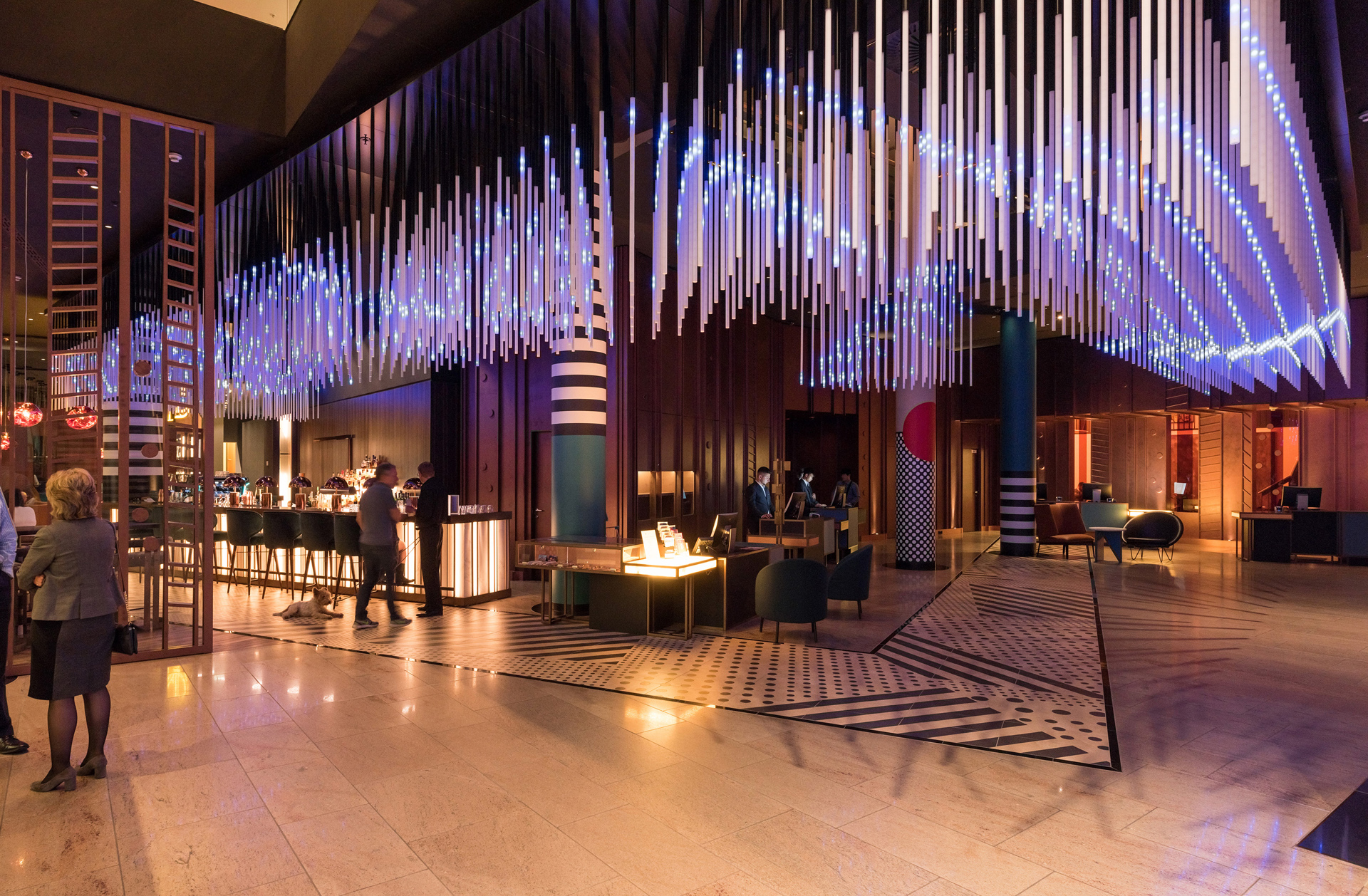 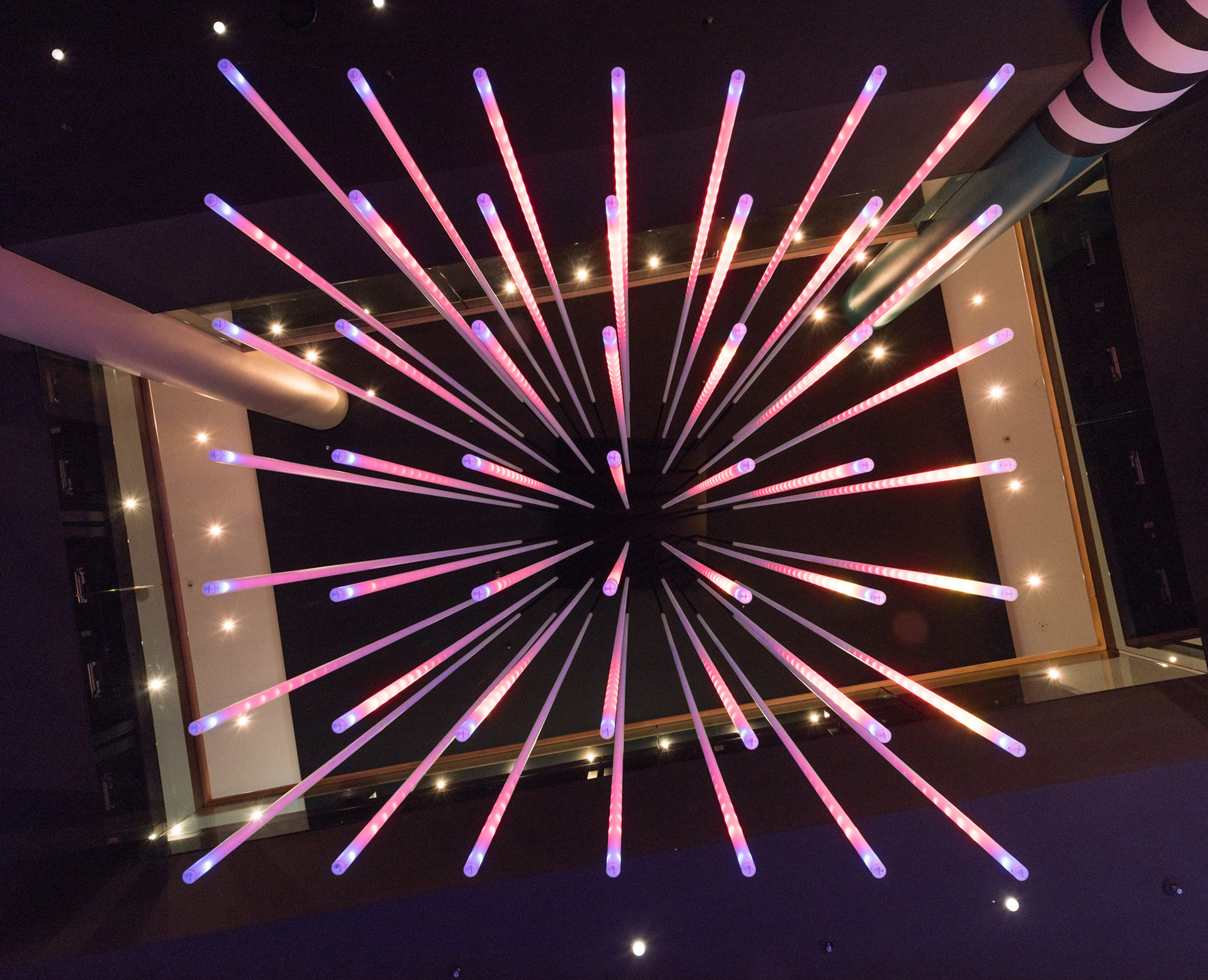 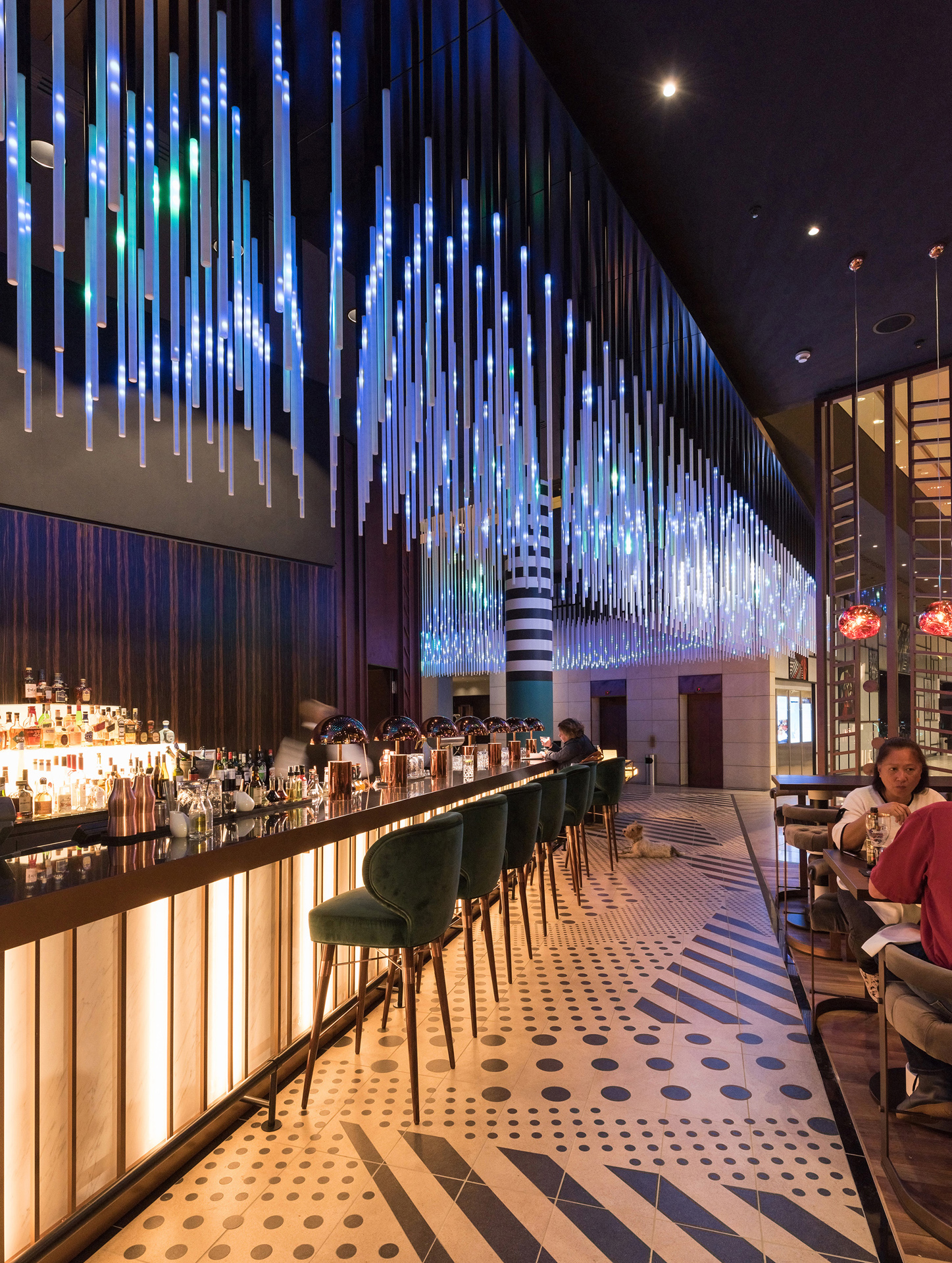 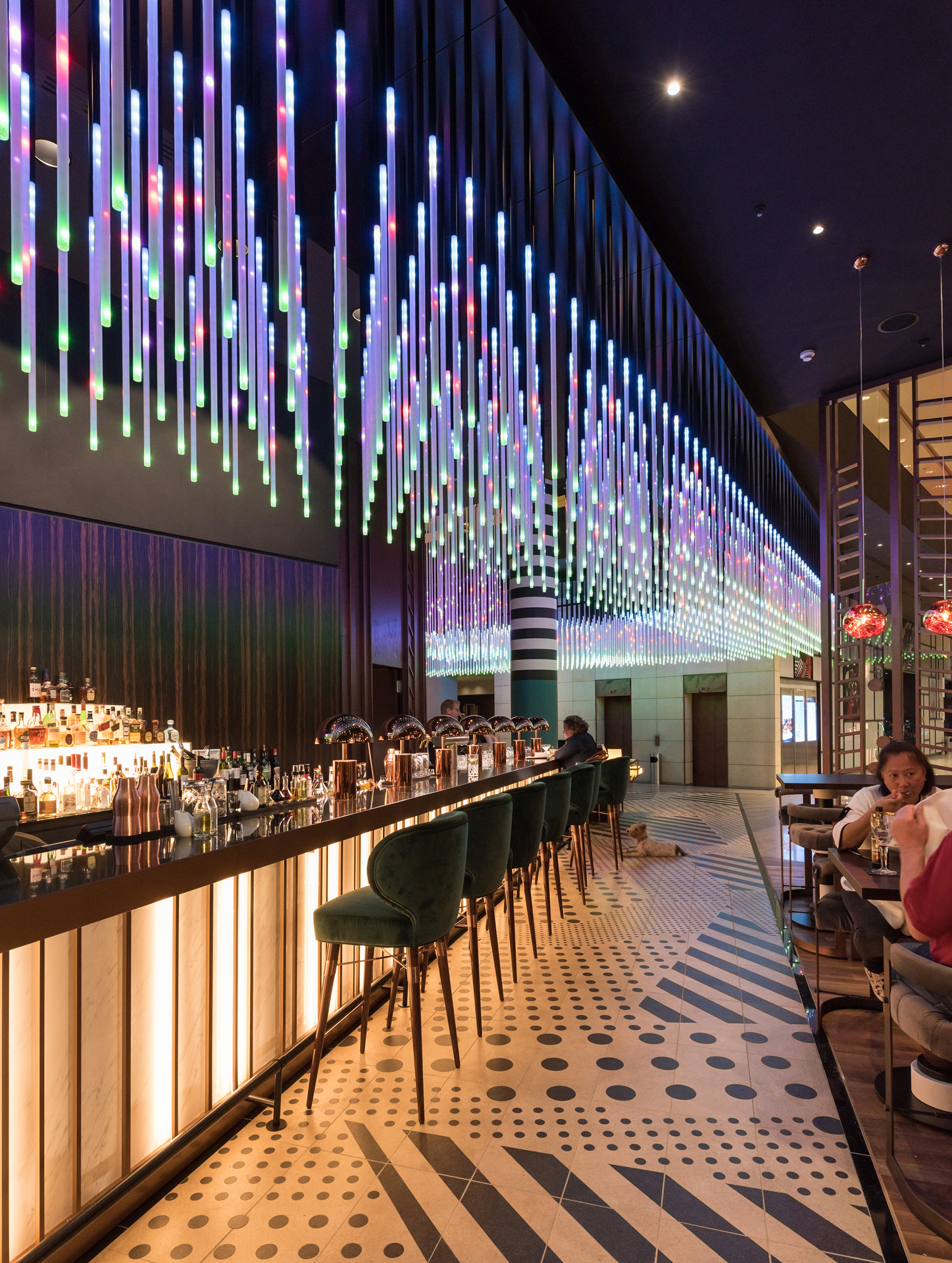 The interior design of the entrance, bar, and restaurant area of this five-star hotel in Berlin was to follow two main design criteria: the German Bauhaus design style and ‘zoo’ as design theme, an inspiration caused by the proximity to the Berlin Zoo. A volumetric, three-dimensional light sculpture as key element of the interior design was translated into an 18 m wide and 10 m deep 3D LED installation comprising of nearly 900 custom-designed, 360-degree viewable LED tubes made by eFour Media Architecture in a high-quality architectural finish. Content for the volumetric LED install with individually-controllable pixels is generated and scheduled using a MADRIX server that outputs DVI video data in ‘mapping mode’ to the central video processor of the LED install.

Content of the 3D light sculpture had to follow the main architectural design theme, hence the content is based on animal and zoo elements. The various lighting scenes had to change during the course of the year following the seasons of the year as well as Christmas times. Furthermore, the content had to vary intensity and dynamics during the day. Since the entire installation is requested to run 24/7 and totally independently, a playback system was needed that incorporates an astronomic clock as well as a true calendar function that allows auto-calculations of start dates of the seasonal content and events for every new calendar year. In its final programming, the three-dimensional install displays waving grass fields with butterflies, fishes swimming in waving water, falling leaves in autumn, as well as snowflakes, sparkles, and burning candles during the festive seasons. A special ‘highlight scene’ is processed every day at 7 PM showing ‘the metamorphoses of animals’, where the guest can enjoy snakes, fishes, zebras, even elephants.

Challenges
Neither hardware nor software are ‘off the shelf’. The vertical LED tubes have been tailor made by eFour Media Architecture based on a very detailed specification provided by the lighting consultants of Kardorff Ingenieure.

The MADRIX Software had to be extended with specially-programmed macro functionality to allow for the use of the astronomic time and calendar events, and guarantee 24/7 independent operation. No less challenging was the fact that the entire installation has been executed while the hotel was kept entirely open to the public, which put the installation on a very strict time schedule and the execution of the installation had to be divided into multiple phases.

The project is a perfect example of how urban characteristics, modern and state-of-the-art technology, as well as the most aesthetic content creation are combined, and lead to a pleasant and exiting viewers experience.