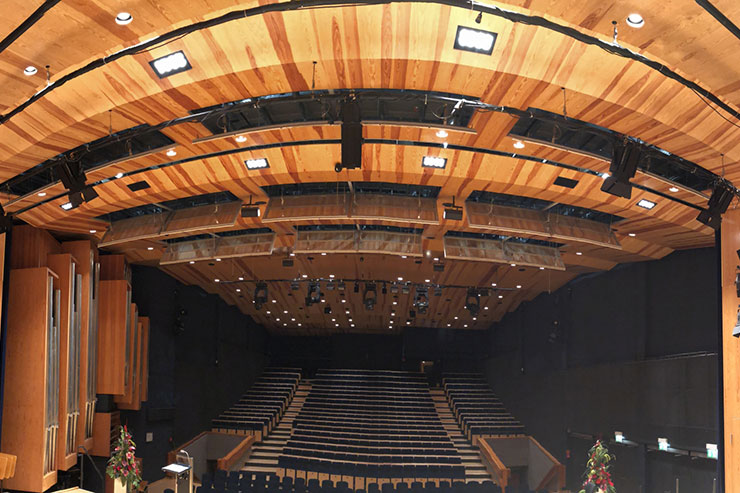 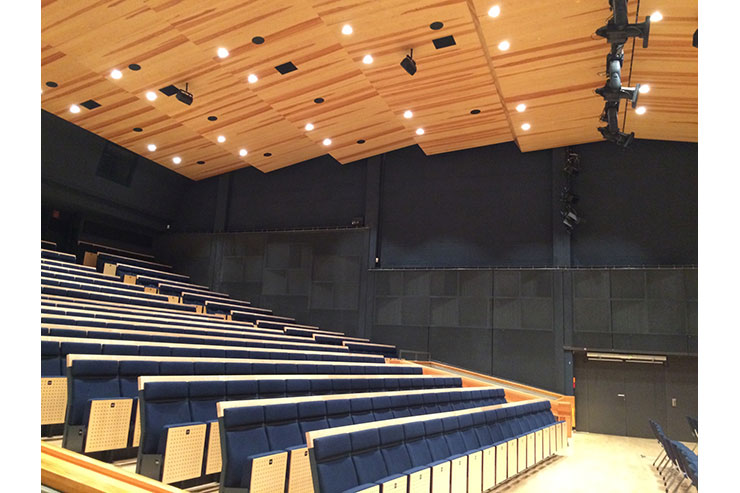 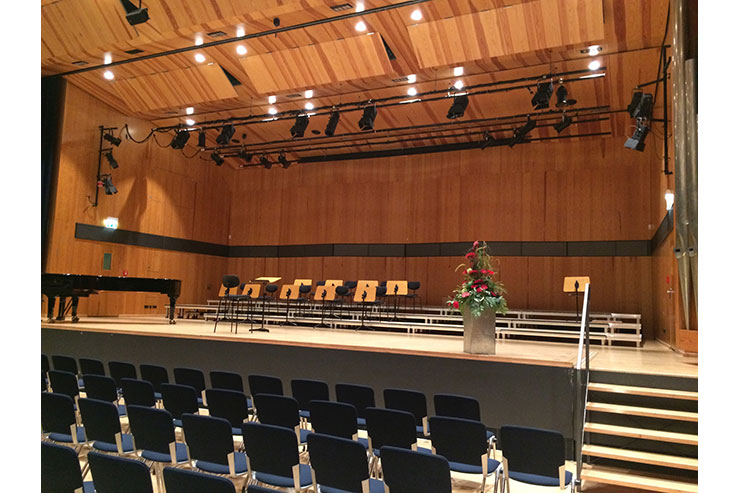 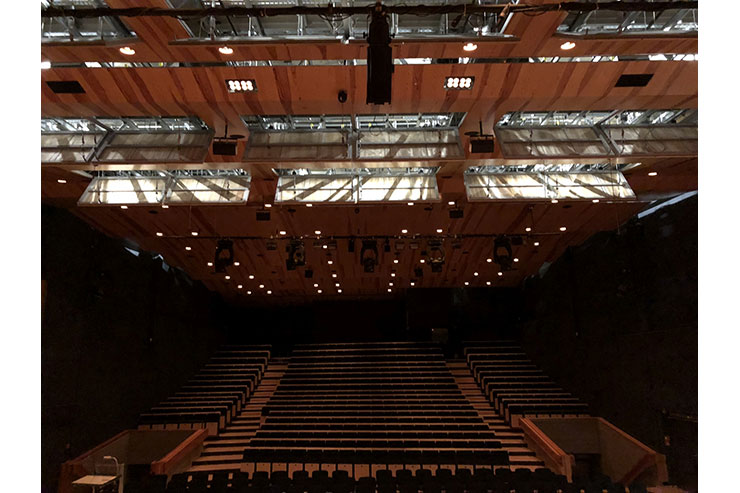 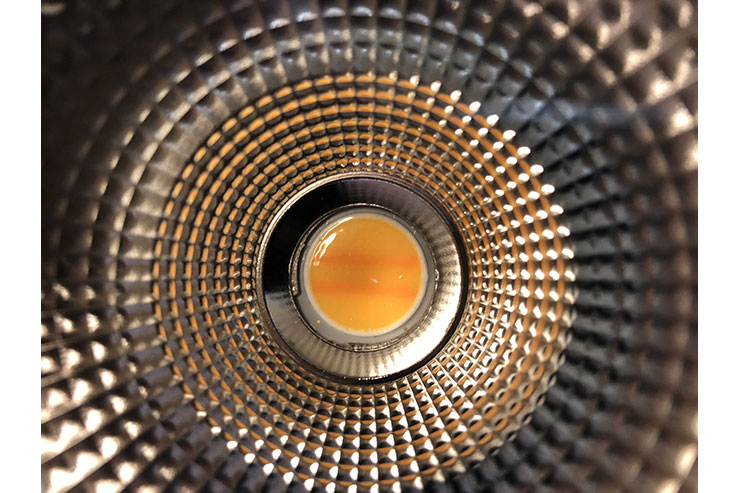 The main challenge was meeting the high demands of the customer on the quality of the lighting and, in particular, the dimming behaviour taking into account the colour reproduction in order to preserve the architectural expression of the interior design. In addition, high demands on the uniformity and non-glaring as well as the general colour reproduction had to be fulfilled. Therefore, products from the ArcSystem Pro product line from GDS with the FTW technology introduced in 2018 were used. The luminaires equipped with FTW are characterised in particular by the shift of the colour temperature during dimming performing a high-quality incandescent light imitation as well as high uniformity and non-glaring with a very high colour reproduction (CRI>96). In this project 81 GDS ArcSystem Pro One-Cell Large FTW units with customised mounting were installed on the GDS ArcSystem Pro D4 CC constant current LED-driver system for the audience as well as 20 GDS ArcSystem Pro Eight-Cell FTW for the stage. They reduce over 32kW of conventional lighting to a total of 6.125kW of LED power consumption at full load with energy savings of about 55,000kWh per year.

The Fade to Warm Technology (FTW) from Global Design Solutions, UK (GDS), after its launch in 2018 first introduced in the ArcSystem Pro product line, is noted for its excellent dimming performance and light quality. This especially covers uniformity, nonglaring and colour reproduction (CRI>96). The new LED chip generation with FTW for the first time combines LEDs in two colour temperatures and generates a high-quality incandescent light imitation through an integrated dynamic control when dimming.

The Hochschule für Musik Detmold (HfM) in Northrhine-Westphalia, Germany, an academy of music founded in 1946, enjoys a high reputation both nationally and internationally. The academy campus offers ideal conditions for teaching and learning as well as public events with its well-equipped rooms around a listed palace garden in the former residence city of Detmold. On the edge of the garden there is located the modern concert hall, which offers space for up to 588 visitors. With its unique design und high-quality equipment the concert hall is used for academy as well as public performances.

This is the first project in the world where products from GDS with FTW technology have been implemented. It especially shows how the high demands on the characteristics of an LED product, which are set up by an internationally renowned academy of music with its unique concert hall, can be met completely and without any compromise. It also shows that questions of energy efficiency, sustainability and the availability of lighting technologies are no longer incompatible with an original architectural expression or the artistic or work-related requirements in the lighting of a concert hall with LED solutions.