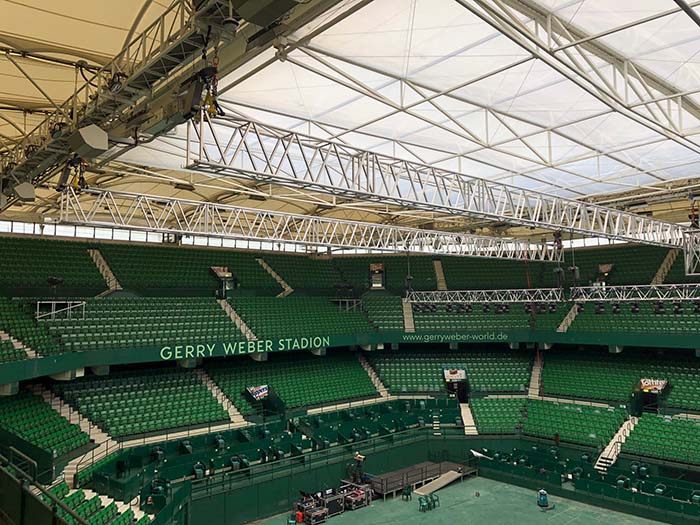 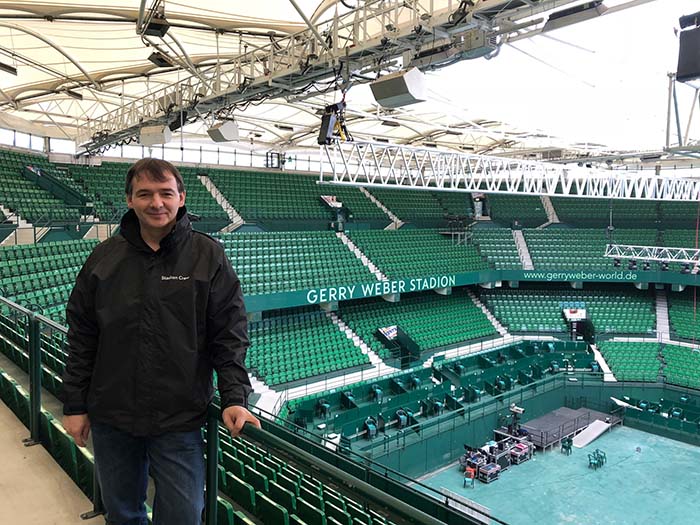 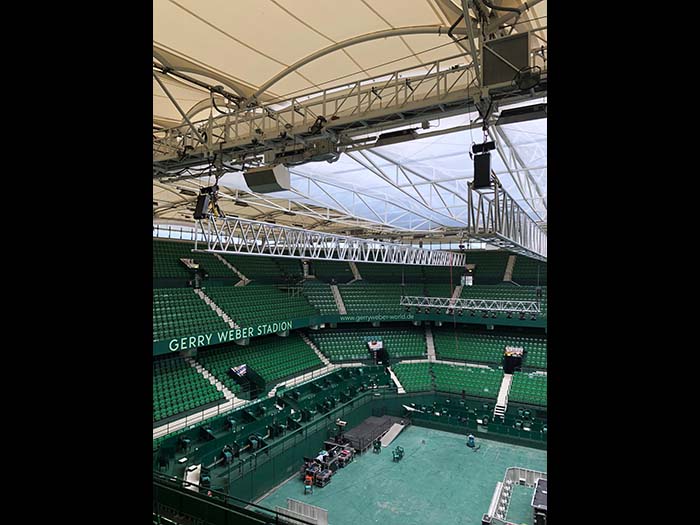 After conversations with the German Prolyte distributor Cast, the managing directors Ralf Weber and managing director Alexander Hardieck decided to install two flexible heavy-duty truss lines as an additional pre-rig to enable further central suspension points. Cast came with a suitable solution; an installation of about 77 metres long Prolyte Mammoth M145RV Truss, which is considered as one of the largest aluminium truss that has ever been made.

The two sections of Prolyte Mammoth Truss are each suspended at their two ends and attached to the roof structure without impairing the function of the slidable roof. “The advantage of this solution is that you can easily check all load profiles over and over again”, explained Jens Kannacher of Cast. “When using another crossbeam, significantly more suspension points or counterweights should be installed. Thanks to the Prolyte Mammoth Truss, we only have to manage two points. At the top, other trusses can be placed which allows a free choice of the distance between individual suspension points. ”

“The Gerry Weber Stadium offers an outstanding view from all angles due to its extraordinary design,” explained Managing Director Alexander Hardieck. “The suspension points that are installed are essential for us in order to keep our stadium attractive for more extensive use. As a result, a heavy-duty pre-rig has been installed, which is stretched across the entire stadium width,” Stadium Manager Torben Griese added: “We can hang 15 tonne extra load in the front-stage area via the two pre-rigging routes.”

The installation was premiered at the end of September 2018, when the touring production ‘Andreas Gabalier’ was a guest in the East Westphalian event arena for a week for rehearsals as well as for the final and sold-out opening concert on 4 October. “We were already able to successfully hold numerous tour premieres and kick-off concerts, with the implementation of this project, a progressive investment has been made in the Gerry Weber Stadium,” concluded stadium manager Griese.