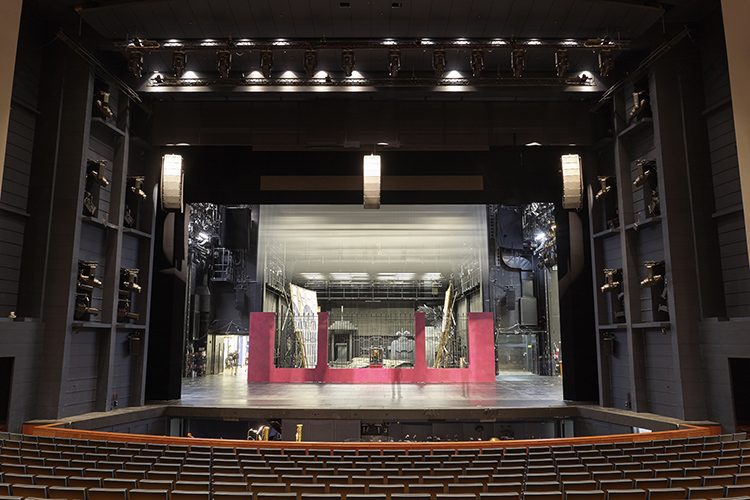 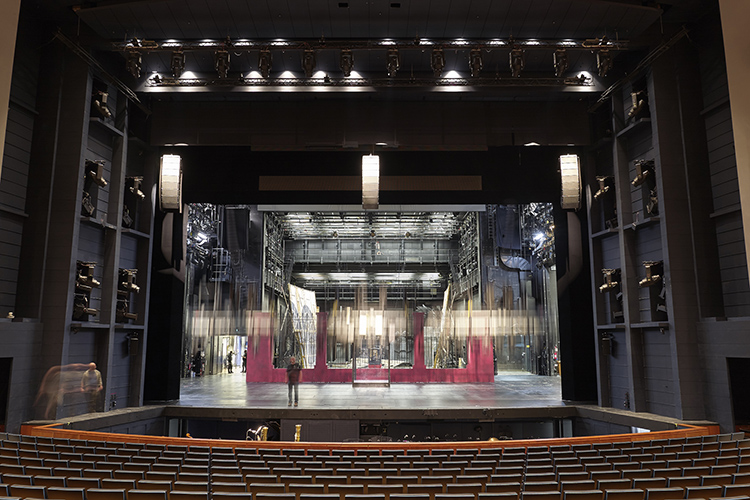 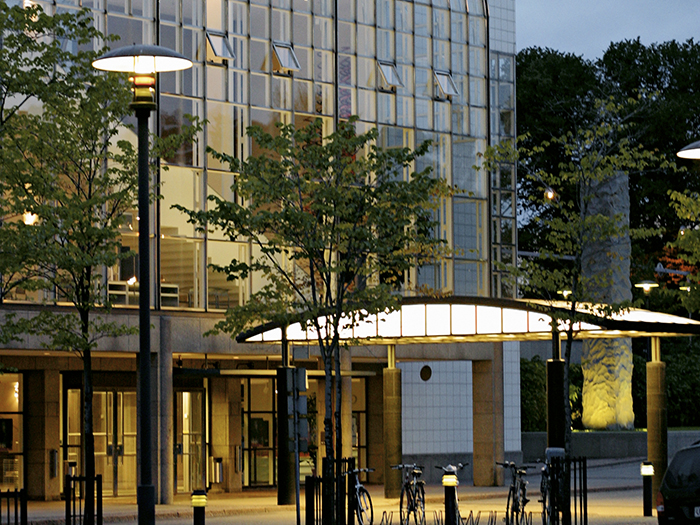 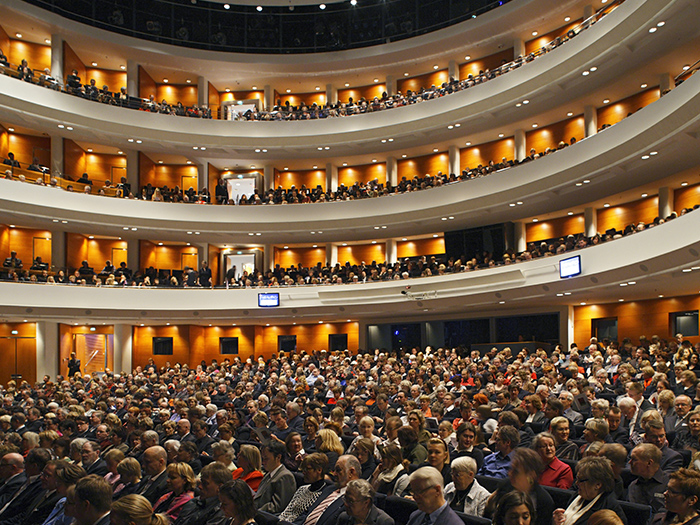 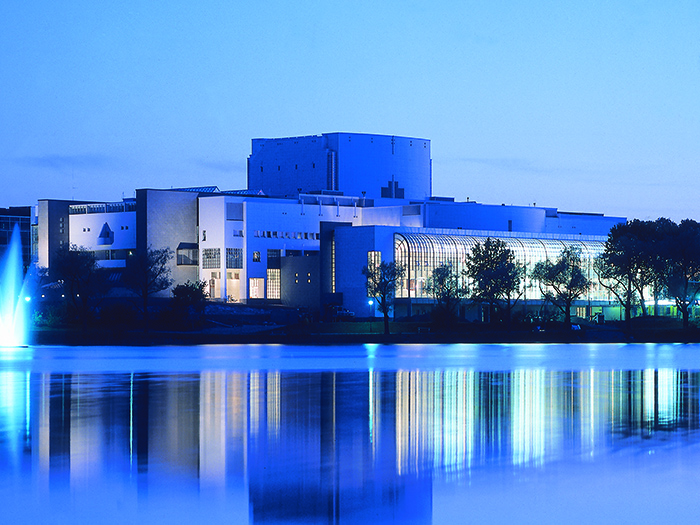 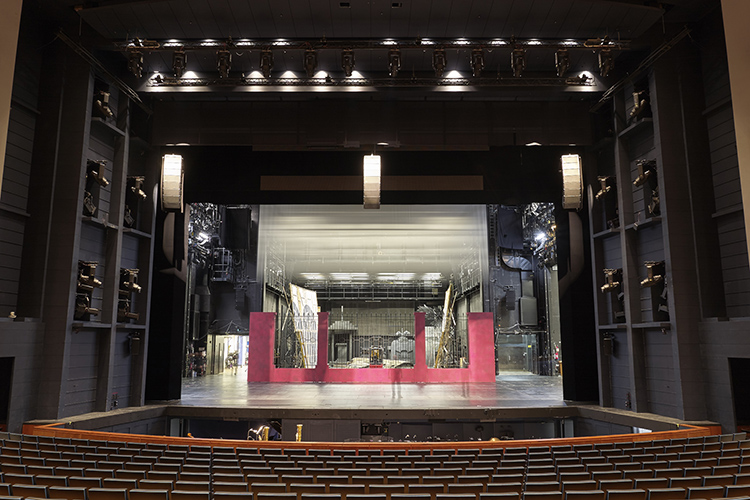 In opera, the revelation of the libretto is communicated through acting, scenery, lighting and of course, music – all of which shapes the audience experience. It was with all this in mind, and the potential drive into contemporary musical theatre, that the Finnish National Opera embarked on a complete sensory transformation.

Liski summarises the brief: “No matter what the production, musical theatre or opera, and however elaborate the lighting and set design, we needed to be able to reconfigure the loudspeaker system to accommodate many differing formats without any compromise to the listening experience of the audience. That might sound simple, but it was not.”

Uniquely, for such a bold project, neither the main system, nor d&b ArrayProcessing – the line array optimization software deployed with the system – was in production at the time the team made their proposal. This meant the development of the design solution became an unusually daring and cooperative effort, entirely dependent on the expertise of those who could see what would soon be possible. “We knew the coverage data would be accurate,” explains Liski, “it always is with d&b, and we were very comfortable with the performance figures in terms of output.”

A critical factor was loudspeaker size. By selecting the Y-Series the solution was physically no bigger and took up no more space than the old system. This was especially important; with so many productions in repertoire the bulk of the enormous stage lighting system could not be moved. This placed strict limits on the available loudspeaker hanging points. Although not ideal, they allowed the team to place the Y-Series line arrays in a position that ensured coverage to every seat. “That’s important,” says Liski. “Whatever the promise of ArrayProcessing, it does not put sound where the loudspeakers do not already cover.”

With the Y-Series about to go into production, the team heard about 10D and 30D, two upcoming installation amplifiers with the added benefit of targeted functionality. “The new installation amplifiers fit well into the design due to the parallel analog and digital inputs,” says d&b Product Manager, Wolfgang Schulz. “Since the system at the opera house is pretty complicated and redundancy is a really big factor, there is an analog backup connection to the L/C/R arrays and SUBs as well. This gives a ‘worst case scenario’ backup that can also be used for guest consoles.”

The Q-SYS platform, which uses custom programming, is used to send power and mute commands. The complete system uses a range of d&b amplifiers: 30D, 10D, D80, D12 and E-PAC. The 30D and 10D are controlled with the R1 Remote control software using AES70/OCA via Ethernet and with a QSC processor via GPIO/Relays (load amp presets, power on and mute off), while the D12 and E-PAC amplifiers are controlled by CAN-Bus through Ethernet using the R70 Ethernet to CAN interface with R1 and the QSC processor.

The cost advantage of the 10D and 30D proved key to the project, making it possible to add the additional amplifier channels required by ArrayProcessing. It was a decision that delivered several enhancements. For example, with ArrayProcessing, the HF performance gains at the more distant seat locations directly benefits those listeners. Yet it also benefits the way the room sounds. If the sound system delivers homogeneously, as enabled by the software, then the room responds in a similar fashion, just as the original acoustic design intended. For the Finnish National Opera, ArrayProcessing has engineered a very natural sounding space.

There were other advantages, as Liski explains: “There is an orchestra pit hard up against the front rows of the audience. At the lowest trim the bottom cabinet of the L/R system is seven metres to the front row audience. While we can use ArrayProcessing to maximize the listening experience in those front rows, the bigger gain is in being able to take away energy, across a broad spectrum, from what goes into the orchestra pit. With upward of a hundred open microphones in there that’s a really significant benefit.”

“Technology has advanced and things are more complicated, so of course that means you need to know more,” says Sipilä. “But it also means you can get even better sound, and have more options in the way you deal with things. While we are not moving the loudspeakers as often as they move the scenery, we have that flexibility without compromise to the sound.”

“The primary aim of the project was to make the listening experience for every seat in the house as perfect as modern technology will allow. That’s a typical demand for any prestigious venue,” concludes Liski. “What we have achieved has surpassed that goal because we can also physically reconfigure the system to suit a variety of productions, and still achieve the ideal listening experience. We have been able to do this because of the technical prowess of the opera house audio department. They in no small way contributed directly to the evolution of the complex network control system for such a sophisticated sound system – and not least d&b audiotechnik, whose ArrayProcessing tool makes such flexibility a practical reality.”