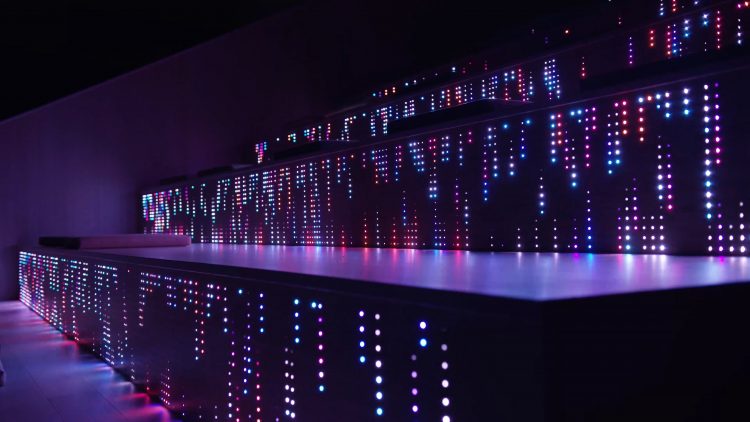 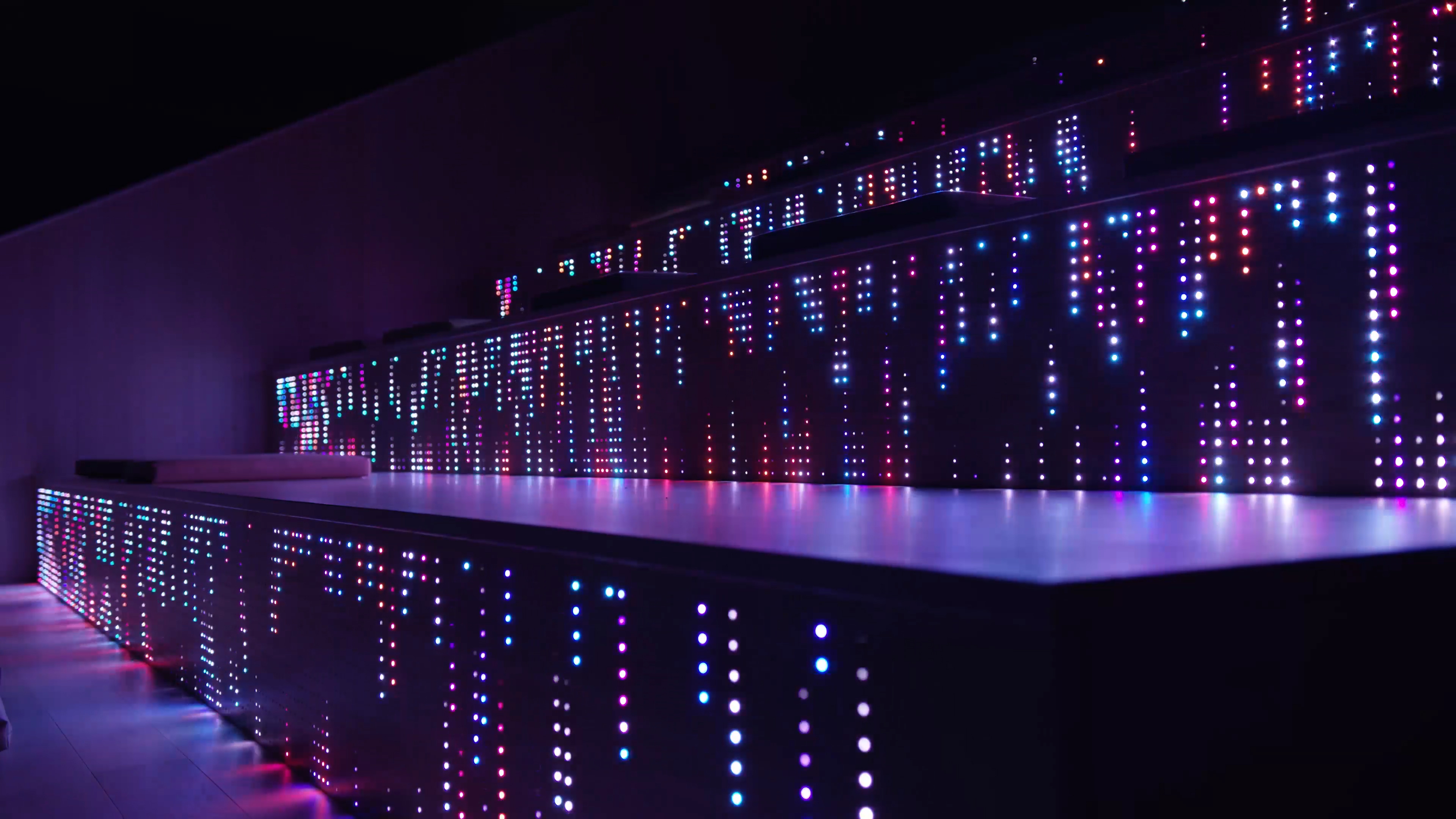 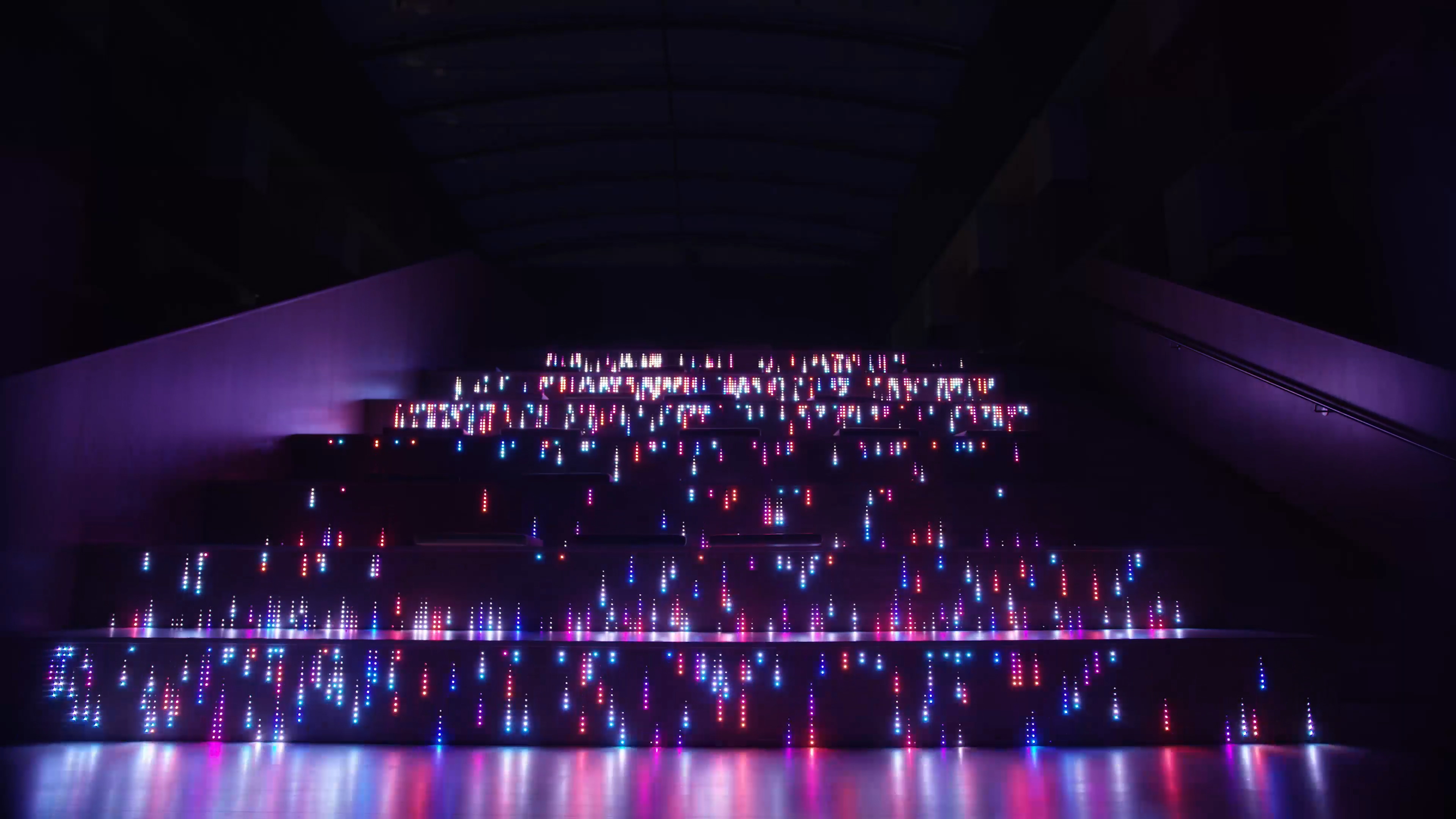 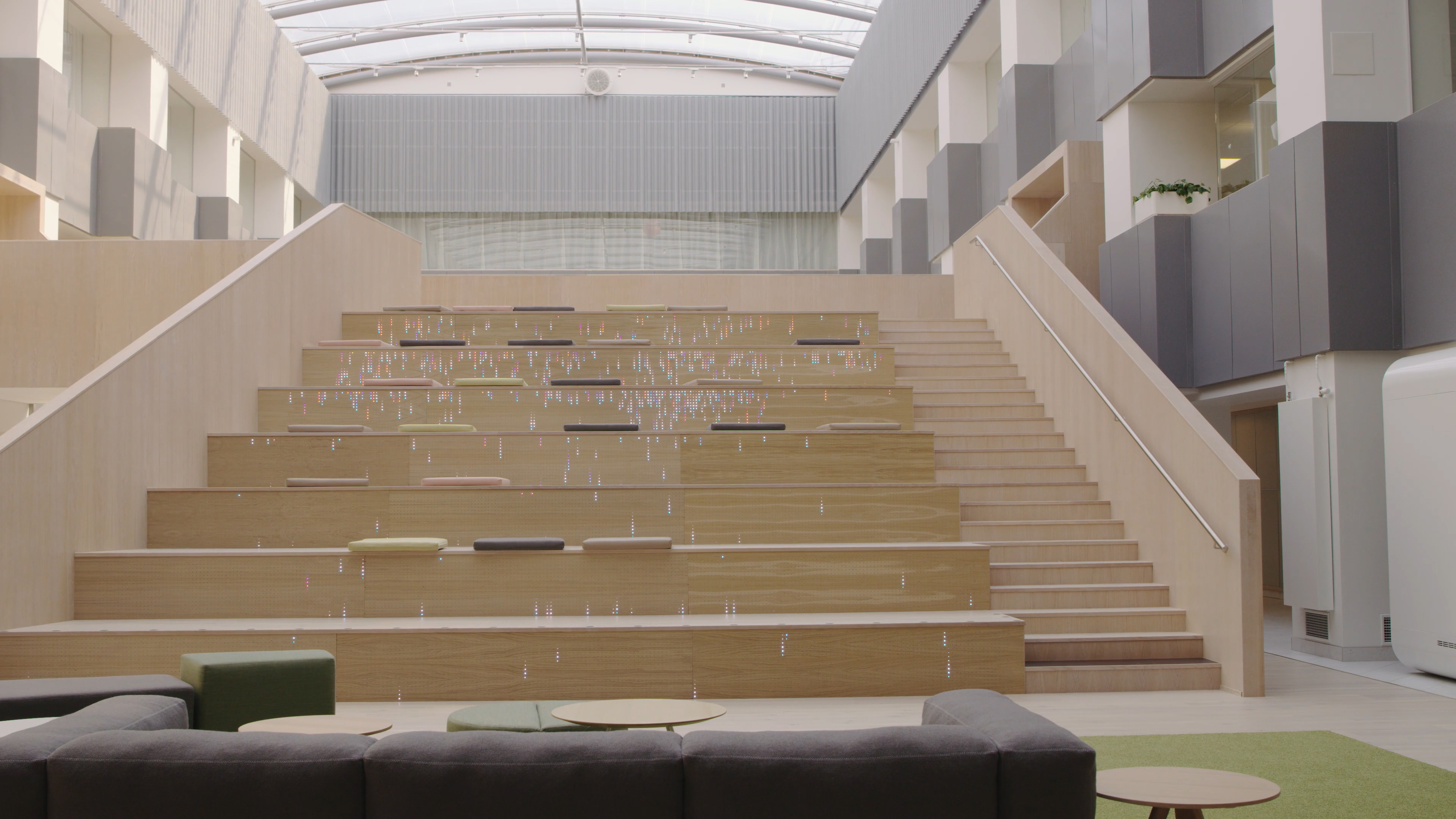 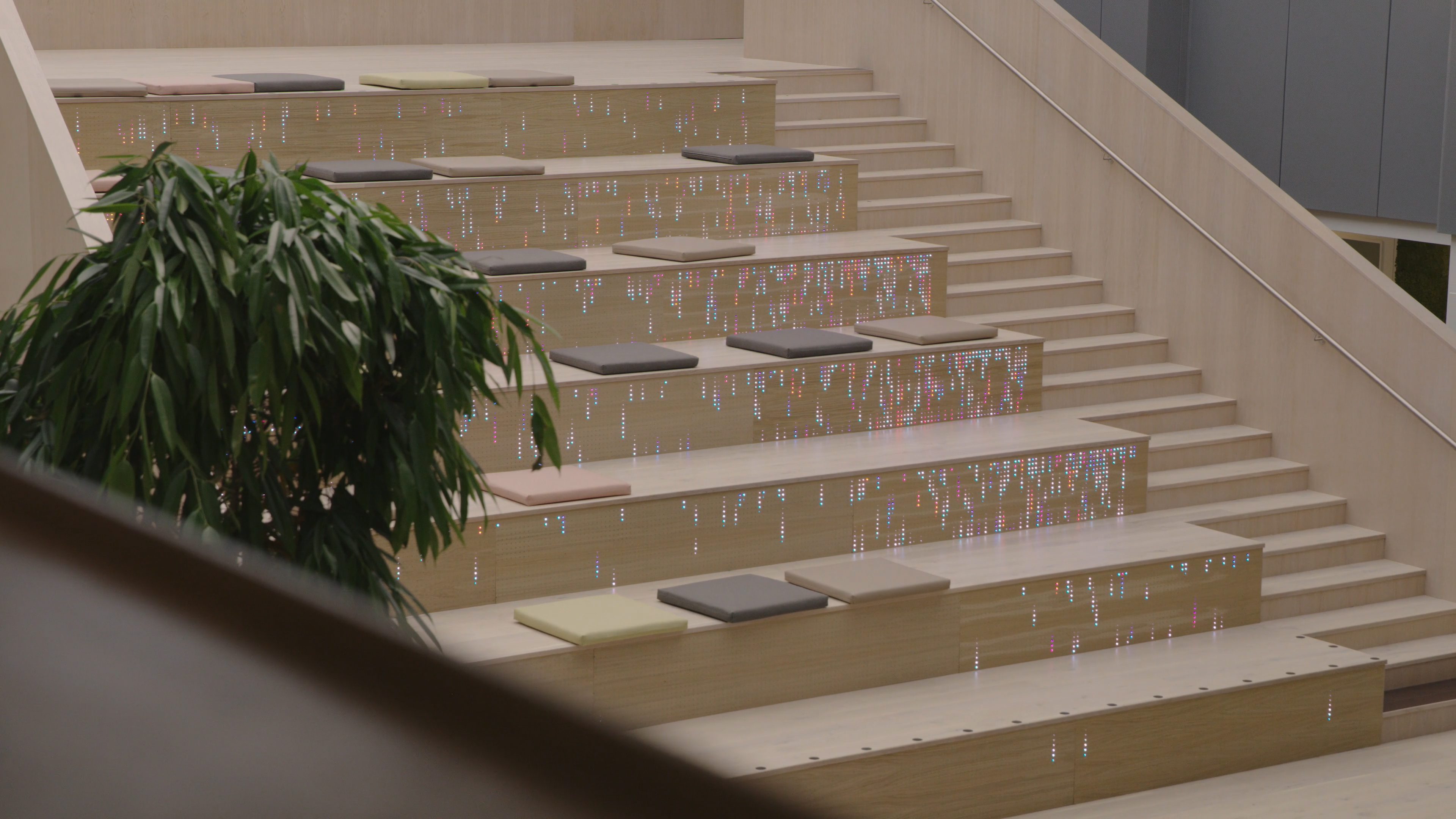 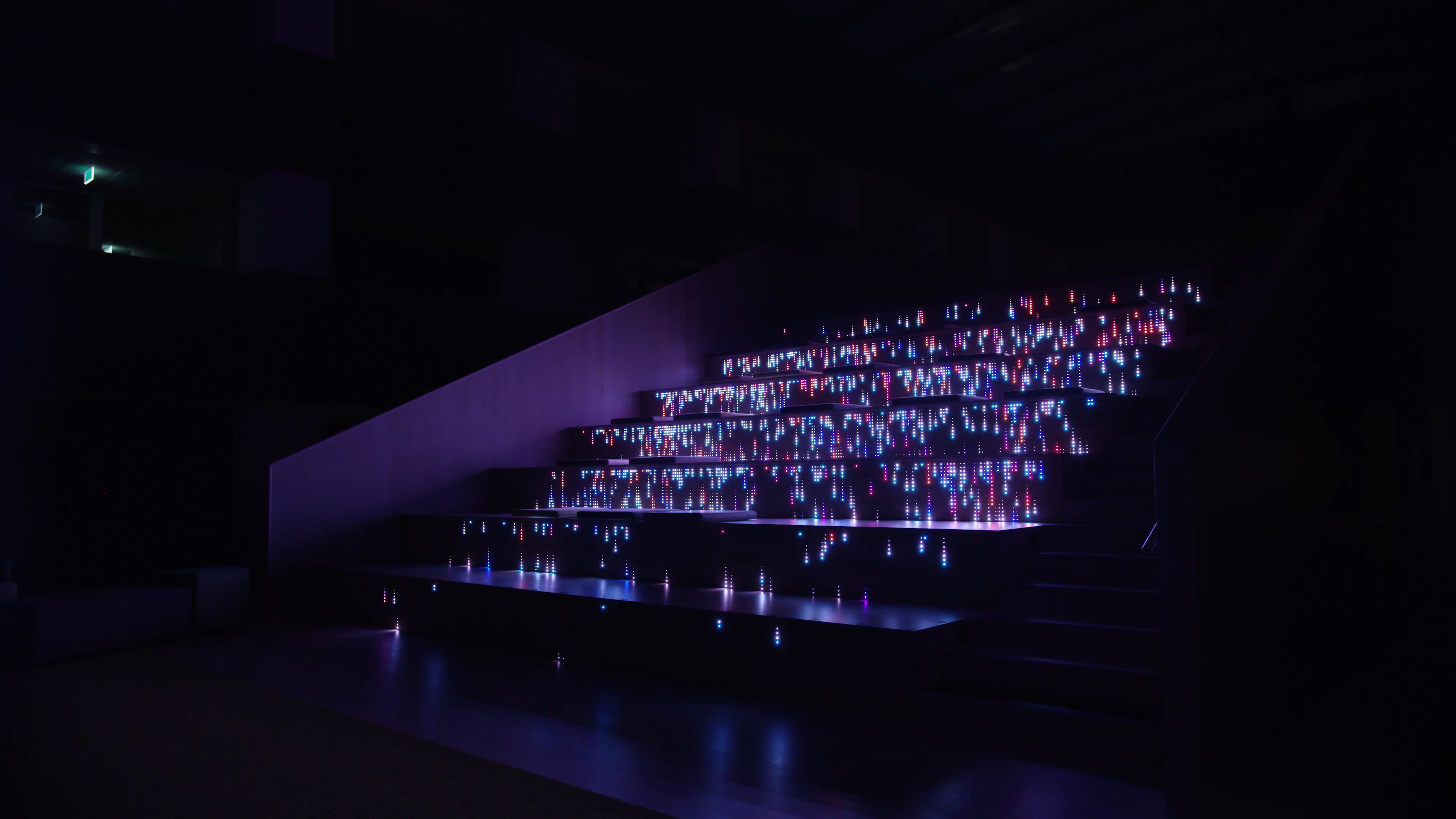 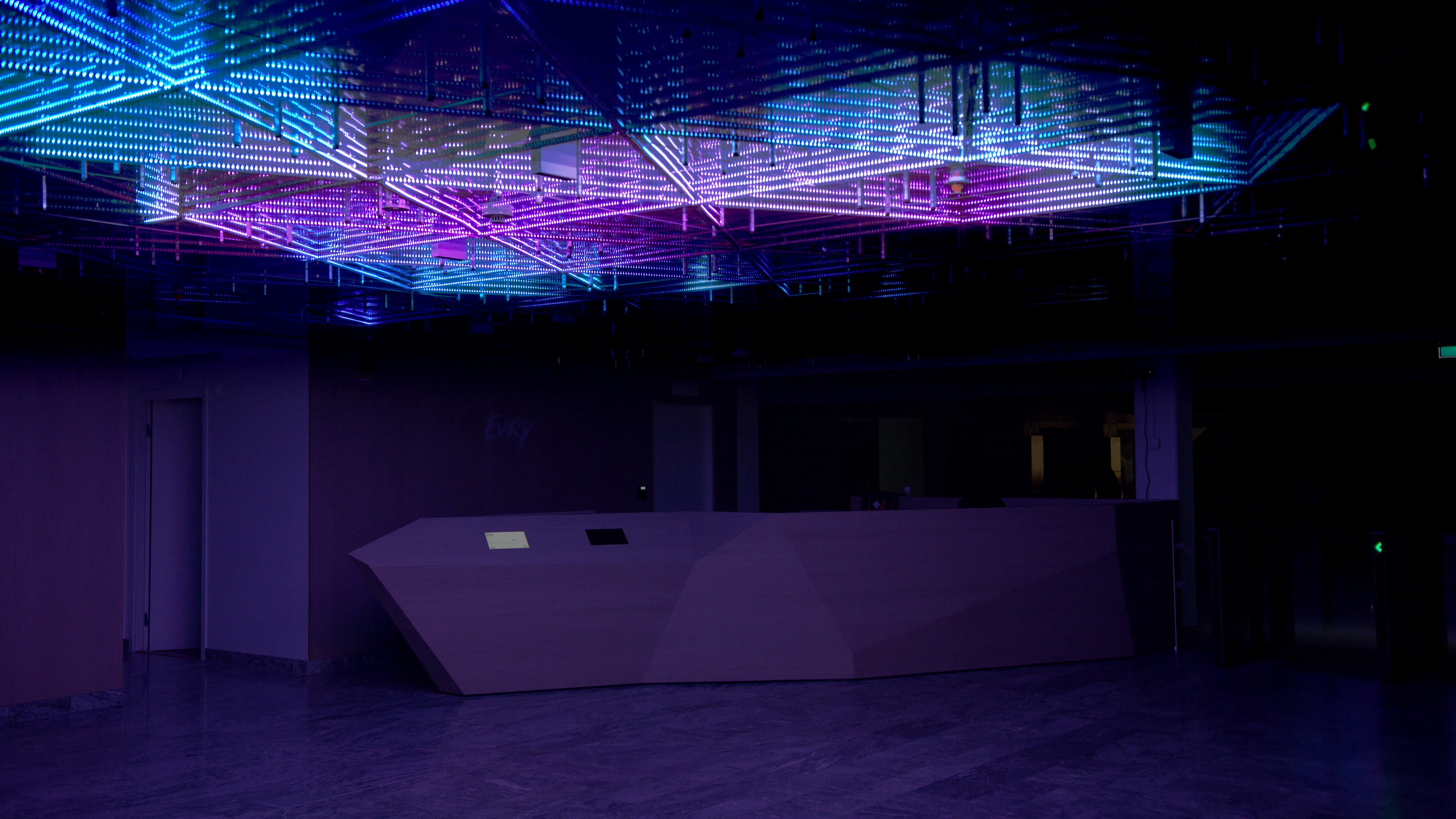 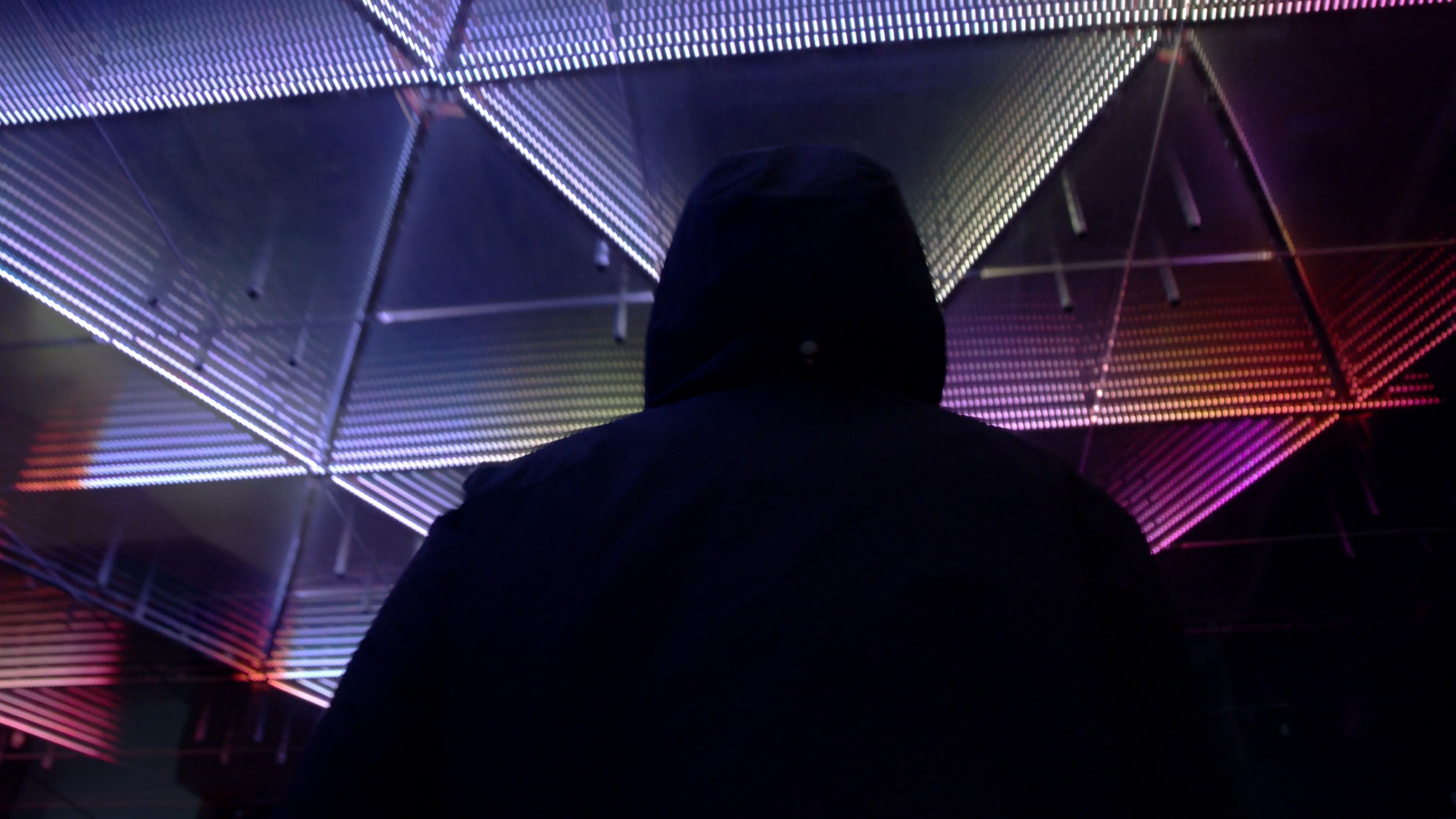 EVRY is a Norwegian information technology company that supplies services relating to computing, including operation, outsourcing and online banking. The company is headquartered in Oslo and has over 10,000 employees at 135 offices in 16 countries.

The entrance area for the EVRY Sweden office in Stockholm was redesigned in 2017. The company Void AS with the team by managing director Mikkel Cornelius Lehne was involved from the beginning in the conception and execution of the elaborate project. Key elements of the new entrance area are a video-playable ceiling and a seven-step staircase, which contains abstract graphics, texts and corporate elements.

In the 120m² large ceiling, around 2400 LED strips C12 by Schnick-Schnack-Systems are installed. In order to achieve a three-dimensional effect, the strips were mounted between two layers PETG with a mirror film on the inner surface. Thus the light is reflected 15 times. The stairs of the entrance area set 392 LED tiles C25 in scene.

The LED components in the ceiling and the staircase are controlled by three Pixel-Gate Plus. 96 DPB Pixel-Router ensure the power and data supply of the installation. A software especially developed by Void AS automatically generates animations that change as a result of movements in the room.