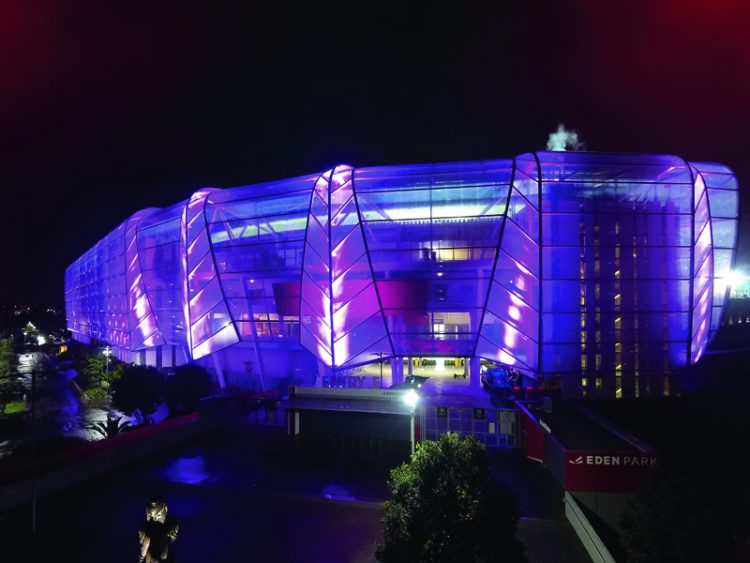 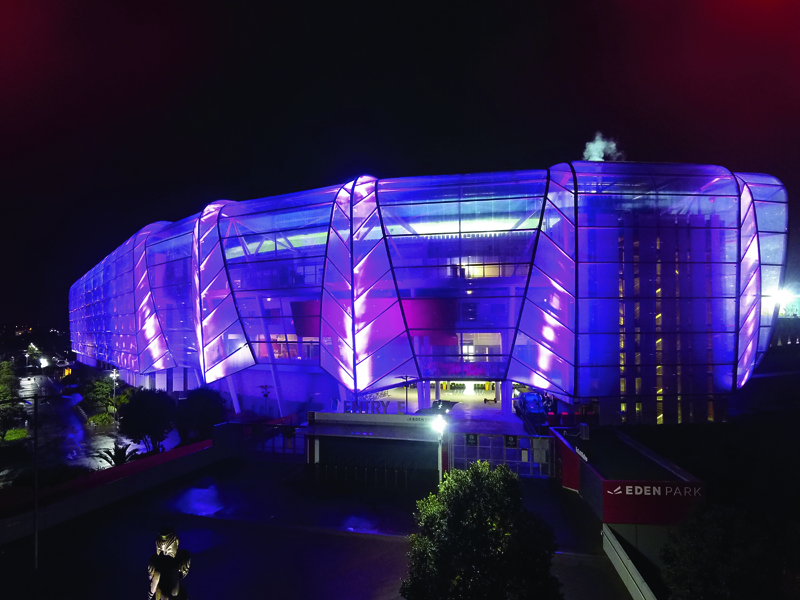 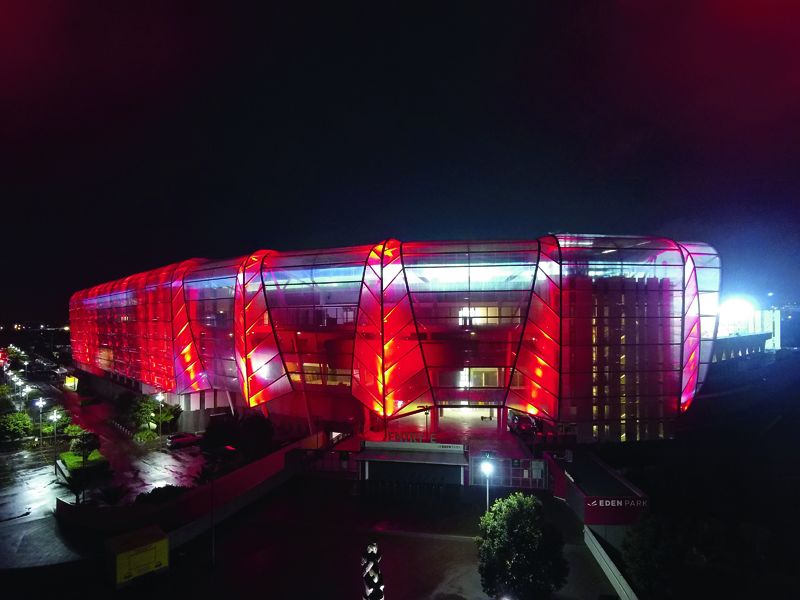 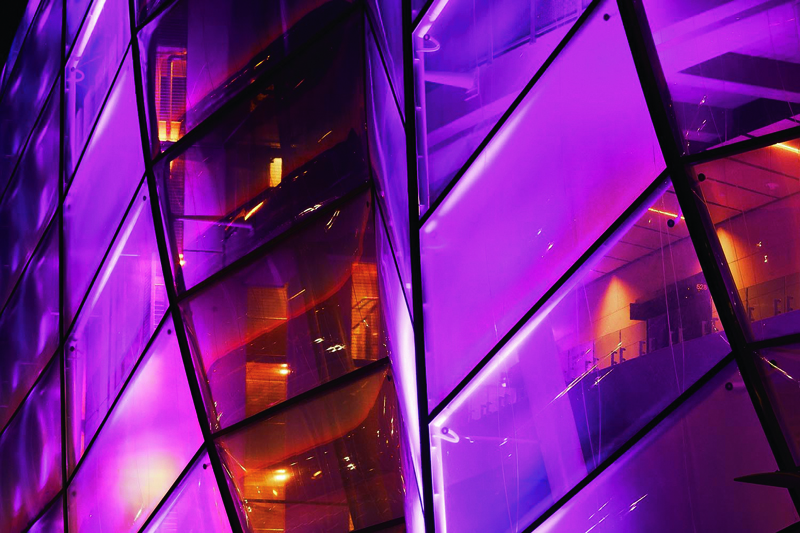 Eden Park underwent significant redevelopment before the Rugby World Cup, with many features in the ground upgraded, including the audio-visual infrastructure, ICT, lighting, seating and stadium access. A key part of this project was the new 24,000-seat South stand – a three-tier structure that replaced the old South and South West stand.

A prominent feature of the new stand is the use of ethylene-tetraflouroethylene (ETFE) on the exterior of the building. This building polymer is lightweight and transparent, allowing light for local environs. The exterior is self-cleaning and can be impressively lit with up to a thousand different colours.

Nick Sautner, CEO at Eden Park takes up the story: “Eden Park’s ETFE facade was installed for the Rugby World Cup in 2011. The material is specifically designed to have high corrosion resistance and strength over a variety of temperature and weather conditions.

“The ETFE is one of the key focal points in the Park’s development and still both performs well and looks great, while providing the opportunity for greater functionality, especially on event days.”

With the lighting in mind, the Eden Park Trust sought a dynamic lighting solution that would provide high-impact illumination for the South stand, further enhancing the stadium’s atmosphere and ambiance.

The main requirement was that the lighting showcased the glass architecture and fern-shaped accents on the exterior of the stadium, all without overpowering its unique design.

Signify were approached to provide the ideal solution. With New Zealand-based lighting designer, Omar Shahab of Switch Lighting Design, Modus Lighting and Aseco, Signify, formerly called Philips Lighting, delivered the concept, design, and installation of the new lighting system at Eden Park. In total, the team installed 34 varyingly spaced Philips Color Kinetics ColorReach Powercore LED flood light fixtures inside the lower rim of the glass façade. The fern structures are emphasised with saturated RGB light, while the rest of the South stand is lit in a vertical striped pattern, with dark spaces in between each stripe of light.

Controlled by the Interact Sports Scene management application from Signify, the new lighting solution gives Eden Park the ability to create dynamic, fully-customised light shows for the South stand. One of the applications of the new lighting system is matching the lights to colours of sports teams to help create unique atmosphere that is tailored to the fans. It has also been a major part of the city revitilisation plan.

“As part of a long-term partnership with Eden Park, earlier this year, Signify installed high-quality, colour-change lighting to illuminate the ETFE that has enhanced Eden Park’s iconic façade. It looks stunning whether you’re at the stadium or watching a game at home,” added Nick.

“We partnered with Signify due to its position as an industry leader and development in specific LED and lighting control solutions for stadia across the globe. The new lighting software has enabled greater functionality and better control over the settings.”

As well as team colours, the façade lighting has been used in many other ways, too, as Nick explained further: “The ETFE and its development has allowed Eden Park to support a variety of charitable causes throughout the year, which has included the Suffrage 125 movement, Prostate Cancer Foundation, Unicef’s World Children’s Day, Armistice Day and Mental Health Awareness Week.”

Since the completion of the lighting installation, Eden Park has been able to control the ambiance of the stadium at the touch of a button. The work of Signify, along with its partners, has delivered a truly eye-catching venue that offers a real visual spectacle for visiting fans, helping to build the atmosphere before they even enter the stadium.