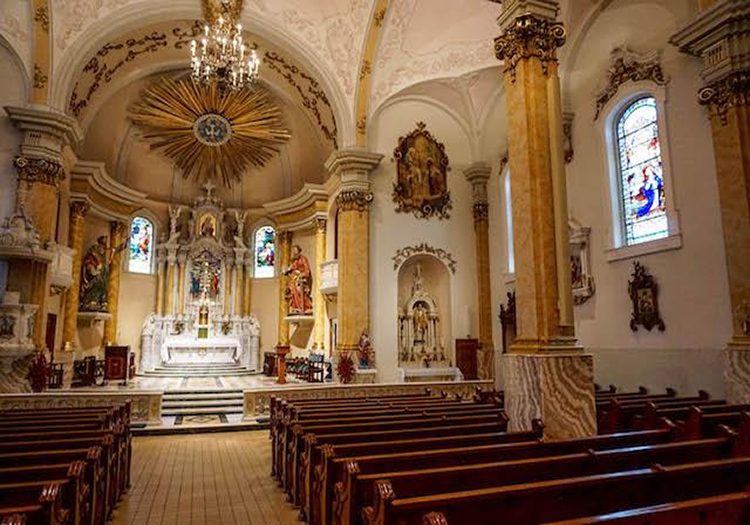 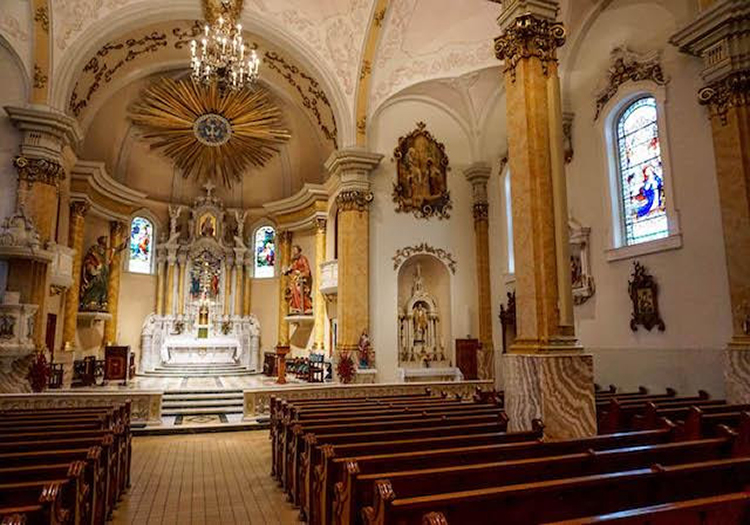 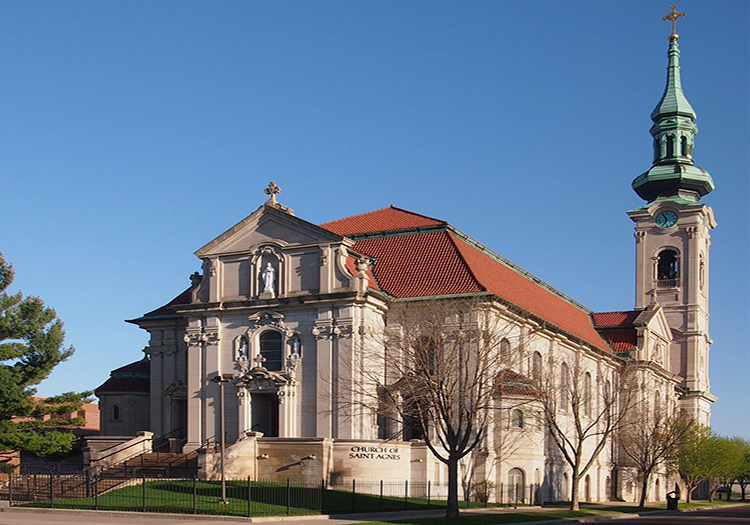 Services are traditional and feature the Twin Cities Catholic Chorale and members of the Minnesota Orchestra presenting the orchestral Masses of the Viennese tradition. The sound system just reinforces spoken word, but in this acoustically live and complex space, with its 5.5- to 6-second reverberation time, intelligibility has been a challenge. Large pillars, at least three feet wide, line each side of the seating area, creating acoustical blind spots.

“The church had a distributed point-source system that wasn’t installed as well as it could have been, and the speakers were an eyesore,” comments Randy Keeley, VP of Sales for St. Paul systems integrator and dealer Metro Sound & Lighting (MSL). “We thought we could bring it up to snuff, but after talking with the client, we designed and built a new system based on Renkus-Heinz ICONYX Gen5-series loudspeakers.”

“Everything was an issue,” recalls Keeley, “including the dome, the pillars, the balcony, the decorative architecture. We put in a pair of Renkus-Heinz ICONYX IC32-RNs and a pair of IC8-RNs because their steerable beams allowed us to cover the entire floor seating area, while minimizing reflections.” Originally, the MSL team planned to put the IC32-RNs up front, as one would expect. But, notes Keeley, “as head field technician Brian Herrick and I looked closer, we realized that wasn’t the best solution. From where the front arrays needed to be located, they weren’t able to cover the blind spots behind the pillars. Also, we didn’t need a lot of energy at the front seating area.”
Therefore, the MSL team mounted the IC8-RNs on the front wall, wide left and right of the large pulpit. They put the IC32-RNs behind the first set of left and right columns in the seating area. “This addressed a number of issues,” Keeley explains. “Using IC8RNs at the front helped minimize energy at the dome. The IC32-RNs behind the pillars cover the remainder of the seating area, including the seats directly behind other pillars.

Mounting the IC32-RNs proved complicated though. “The front was a real wall, so we could anchor the IC8-RNs directly,” details Keeley. “The pillars, on the other hand, were a façade of plastered sheetrock roughly a half-inch thick. Recessed deep into each pillar was a steel beam that wasn’t easily accessible without disrupting a large portion of plaster. The pillars also had ornate decoration, which was fragile; we could see cracks. We not only couldn’t hang anything on the pillars, we needed to be careful not to put much pressure on any point. So we suspended the arrays from above the ceiling with a single aircraft cable, directly in front of the pillar. They hang freely, putting no pressure on the pillar. We only added a small bottom bracket to prevent swinging or swaying.”

MSL had Renkus-Heinz custom-paint the arrays to their specifications, using two colors, to make them visually blend in. “We are very impressed with the job Renkus-Heinz does painting their speakers.” Keeley praises. “They do a very professional job.”

Everyone involved has been delighted with the Church of St. Agnes’ new ICONYX system. “It sounds fantastic,” Keeley assures. “Intelligibility is excellent; you can hear clearly throughout the seating area. Also, the custom paint helps the speakers blend in with the architecture. We are very pleased with Renkus-Heinz ICONYX arrays, and plan to continue to use them in future projects.”