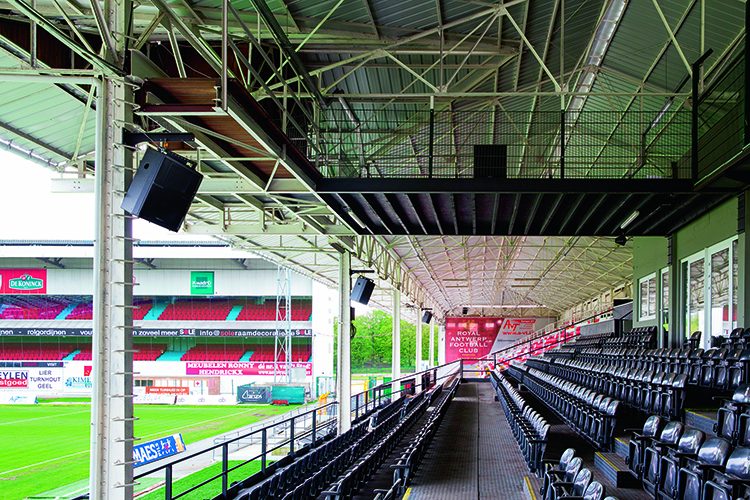 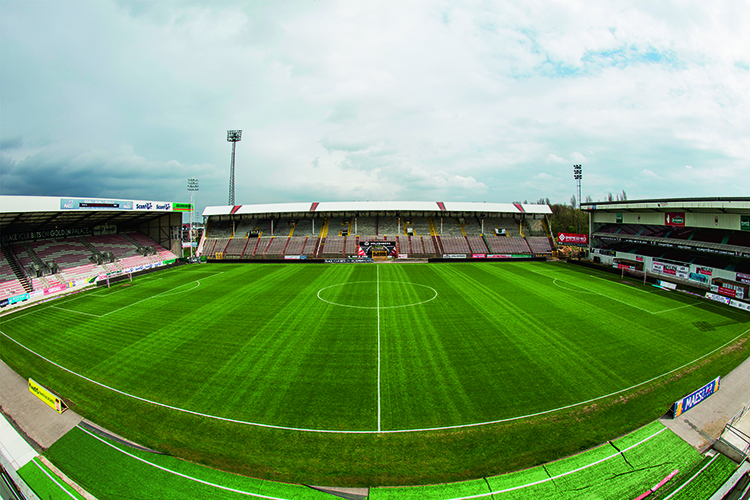 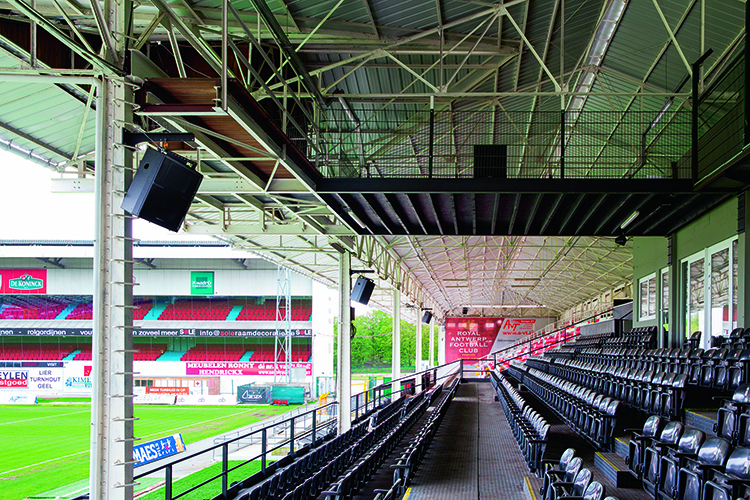 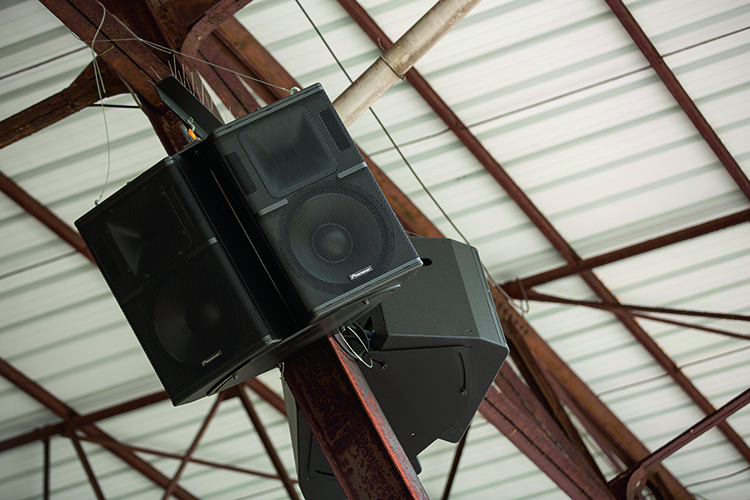 Audio
The plan for the system was to mostly use double clusters of Pioneer Pro Audio’s 15-inch XY-152 box throughout the stadium. The largest stand, where the most vocal supporters sit, would have the most speakers, as it was the largest area to fill, as well as some parts of the stand being exposed to the elements.

Using six clusters of two 152’s, allowing 120º dispersion across that whole area per cluster array, that allowed us to really push the levels out to the right areas dedicated to the hardcore fans.

We run an AES loop all the way around the stadium, allowing a pure digital signal to run in a continuous loop. There’s no jitter, there’s no jumping around of signal, so it’s purely clean. The Powersoft amplifiers drive the entire sound system, with the K Series being the natural choice for the outdoor areas due to the capacity it gives to route the AES signal through a CAT-5 connection, hence significantly decreasing cabling costs. The AES signal is backed up by an analogue system, which will kick in, switching the amplifiers to analogue mode, if the digital signal fails in any area of the stadium.

Challenges
We needed to create a system that would work for both announcements and music, offering even coverage in each stand without sound drifting onto the pitch and avoiding delays that can occur in outdoor setups. Installation proved to be difficult, too, with the stadium’s age making hanging heavy speakers from the roof an obstacle.

Final thoughts
Bosuilstadion also has sound systems in three hospitality suites, with two of those also having custom-made DJ booths. A two-tiered area of business seats, which are sectioned off from the regular seats by a glass screen, has its own setup, too. Sound from the crowd is mixed with the announcements and music played inside the stadium.