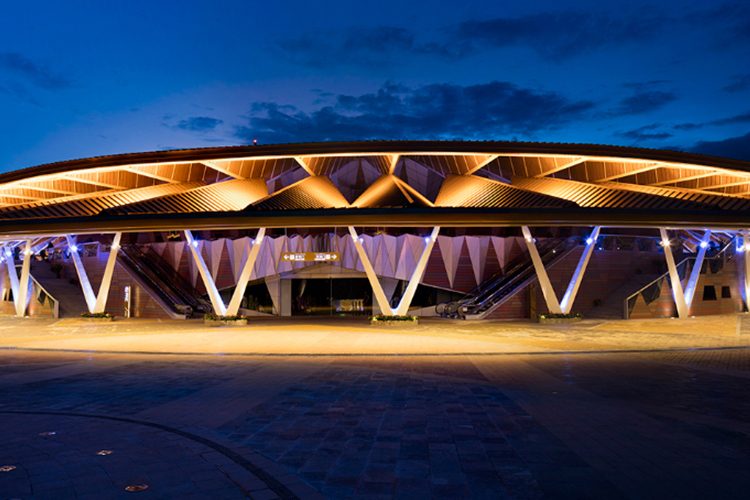 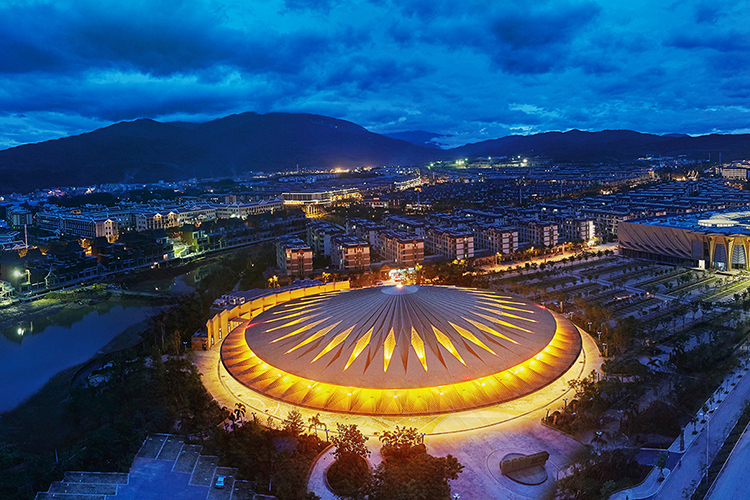 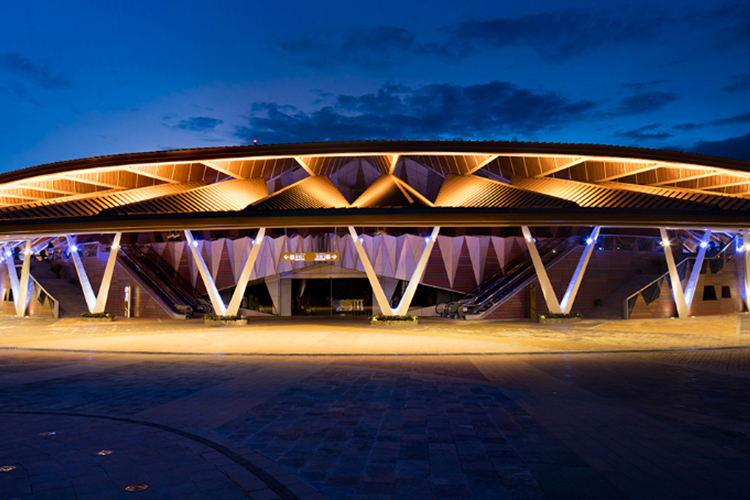 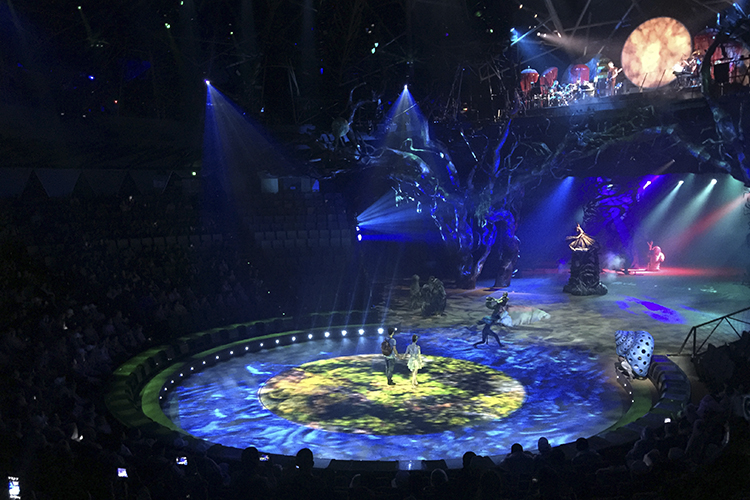 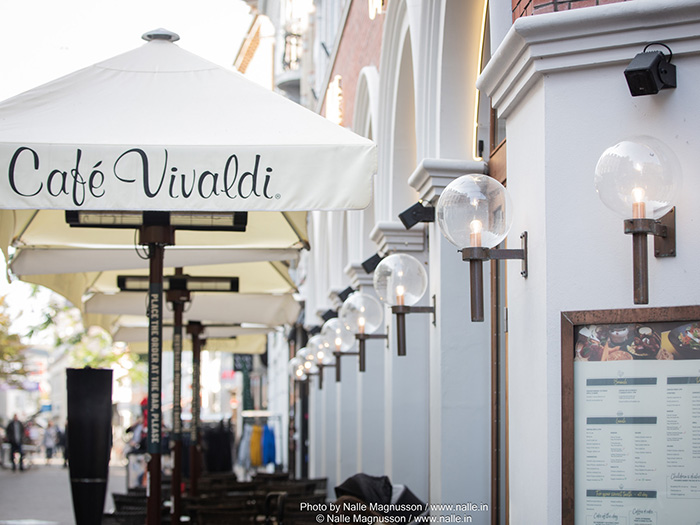 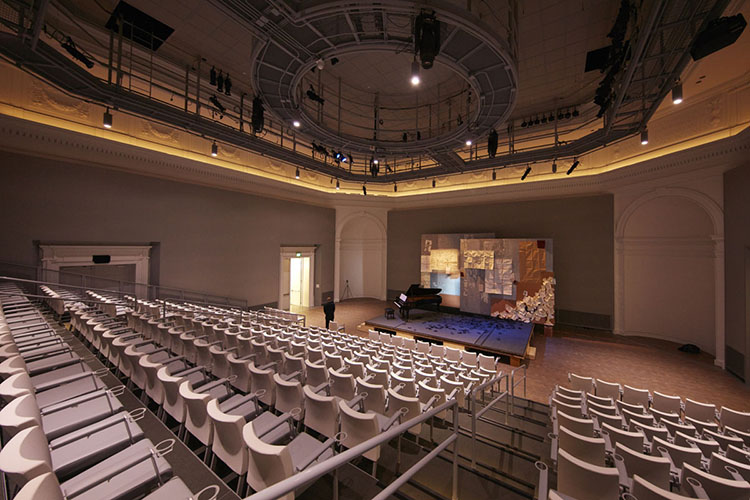 For the lower ring, the system deploys 24 CAL 64 loudspeakers along with 10 600-HP subwoofers for low frequency extension. The upper ring is covered by 26 CAL 96 and eight CAL 64 loudspeakers, with one additional CAL 96 covering the playing surface. Two GALAXY 816 network processors are placed at the head of the system for overall optimisation, and two RMServers are inserted in the network for comprehensive status monitoring and troubleshooting of the 4,660 discrete amplifier and driver combinations.

The GALAXY 816 master processors are connected to the control room master switch via AVB/TSN, with bi-directional signals routed over a fiber optic network to the ten local switches distributed around the stadium. Each local switch connects to its assigned group of CAL loudspeakers via Cat-5e cable. All switches are Extreme Networks X440-G2 series.

One of the biggest challenges in audio for stadium systems in recent years has been driven by video. In the past, with traditional scoreboards and smaller video screens, a single powerful system could be mounted at the scoreboard/screen location to cover the entire stadium bowl. However, as screen became larger, audio would lag noticeably behind the video at more distant seats. The best way to solve this is to have loudspeakers a shorter, more uniform distance from the listener, but this requires a distributed system with many more loudspeakers locations. Such systems were common in the past, but they were generally low-quality, “PA horn” based systems not suitable for either natural voice quality or music reproduction. Using multiple large line arrays is one solution, but this requires suitable hang points and can block sight lines for fans and TV cameras.

The solution for Azteca Stadium was a distributed system of Meyer Sound CAL digital beam steering column array loudspeakers. The slender profile of the CAL series loudspeakers – all models are a uniform 7.75 inches wide – assured that there would be minimal intrusion into sight lines. The lower ring system comprises 24 CAL 64 loudspeakers plus 10 600-HP subwoofers for low frequency extension. The upper ring is covered by 26 CAL 96 and eight CAL 64 loudspeakers, with a single CAL 96 covering the playing surface. The CAL 96 is capable of producing 106 dB peak output at 90 meters with an operating frequency range of 100 Hz to 16 kHz, enabling high power reproduction of music content and speech with natural voice quality.

Connecting and monitoring the loudspeakers was another challenge, in this case overcome by applying AVB/TSN networking over a fiber optic ring. Two GALAXY 816 network processors are at the head of the system for overall optimization, and two RMServers are inserted for comprehensive status monitoring and troubleshooting of every loudspeaker. The master processors are routed via the control room switch over fiber to the ten local switches for each loudspeaker group, with the individual loudspeakers connected via Cat-5e cable. All switches are Extreme Networks X-440G2 series.

Mexico City’s Estadio Azteca (Azteca Stadium) claims an impressive number of “firsts,” including the first stadium to host two FIFA World Cup Final matches (1970 and 1986) and serving as principal venue for the first Olympic Games held in Latin America (1966). In addition, the official capacity of 87,000 ranks it first among stadiums in Latin America, while a breathtaking elevation of 2,195 meters makes it the highest among the world’s elite association football stadiums.

Earlier this year, Azteca Stadium added to its list of notable distinctions when it completed what is not only the largest installation to date of Meyer Sound CAL digital beam steering column array loudspeakers, but it’s also the first Meyer Sound stadium system to deploy the latest in AVB/TSN networking technology.

“We approached Meyer Sound for this new system simply because they offered us the best solution,” summarizes Azteca Stadium Audio Manager Alejandro Aguirre. “We needed the latest in technology, and the CAL system with AVB fulfilled all our requirements.”

“The stadium hosts a variety of events, not just association football,” notes Aguirre. “We also have concerts, religious events and the annual NFL games. It was essential that we have intelligible audio in every seat, and with the power and clarity needed to deliver a complete watching and listening experience alongside the HD screens. All of this has been fully accomplished with the new Meyer Sound system.”