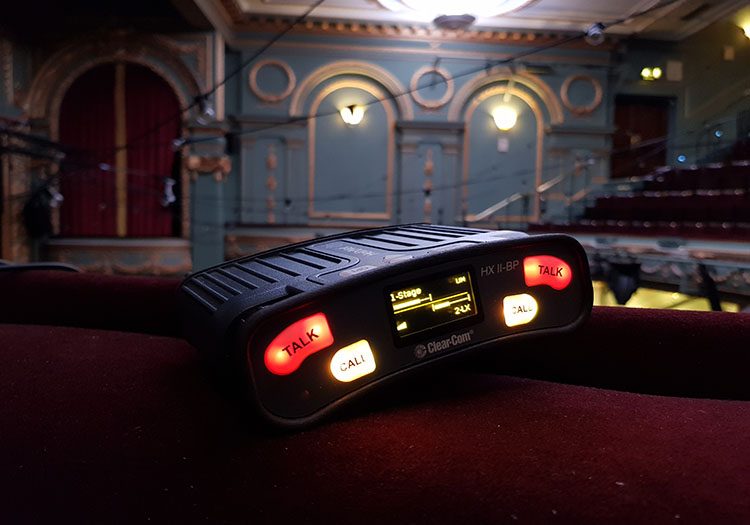 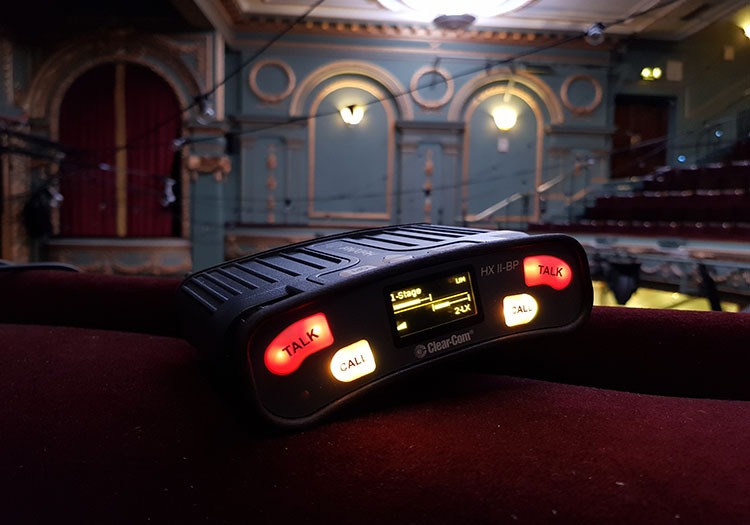 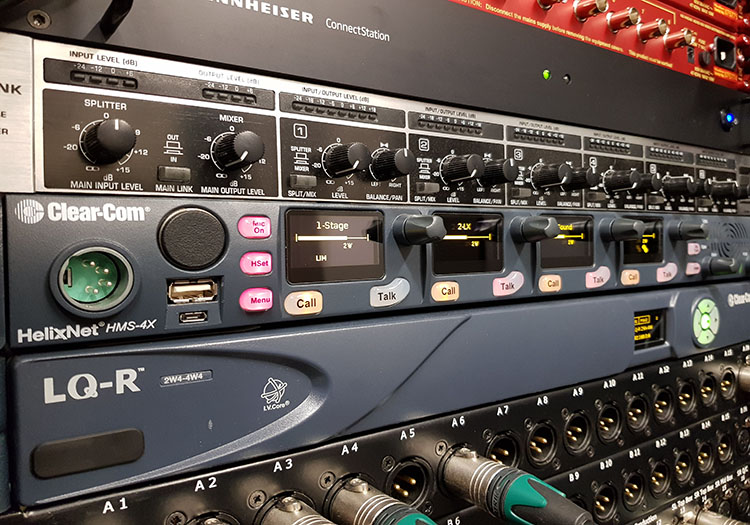 Very much part of the fabric of London’s West End theatre scene for well over a century, The Aldwych Theatre is presently undergoing a major refurbishment programme. The multi-million pound investment made by owners Nederlander Theatres will bring every aspect of the Grade II listed building up to the very latest specifications and return it to the original Edwardian grandeur of its opening in 1905. Scheduled to reopen in late November 2017 with a production of the The Olivier Award-winning ‘La Soirée’, the Aldwych will also host the West End debut of ‘Tina: The Musical’ which opens in March 2018.

Lighting & Visual
David Stone said: “HelixNet is the definition of flexibility when it comes to comms systems. There’s no huge looms of cable and with the network of facility panels, comms packs and base stations can literally be deployed anywhere around the theatre in minutes. The ‘Roles’ feature in HelixNet really helps us out with this – it doesn’t matter where you’re going, just grab a pack and select what you need to hear when you get there and twenty-four channels of comms down a single cable is perfect for busy production periods.”

“Obviously having an installed system is great, but there is a need for visiting companies to add their own systems into the network – either for expansion or maybe the DSM (Deputy Stage Manager) just really likes the old MS-704 panel front! This is where the decision to use LQ came in.”

With the V4 software, LQ integrates seamlessly with HelixNet to provide all the expansion and interfaces needed to facilitate the largest production comms systems. Any XLR3 or RJ45 socket in the building can be routed to an LQ interface, so analogue and four-wire systems can be added into HelixNet extremely simply with a few configuration changes from the web interface. With four 2W (two-wire) and four 4W (four-wire) ports, the system can take standard analogue PL systems, wireless systems and radio basestations without any additional hardware and everything is talking in minutes.