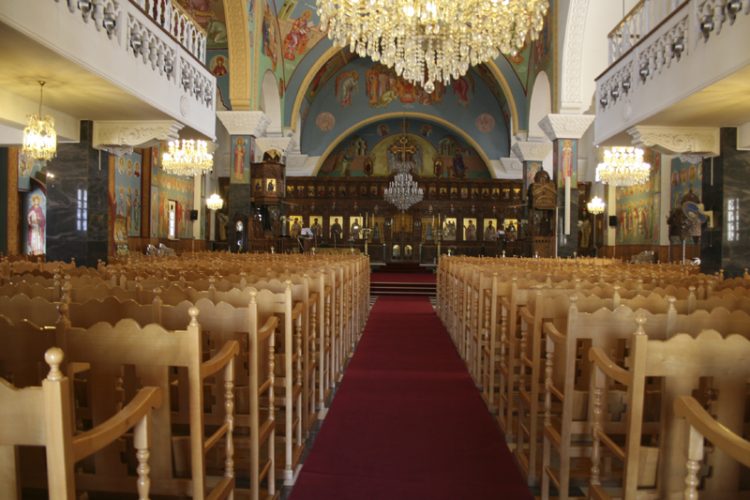 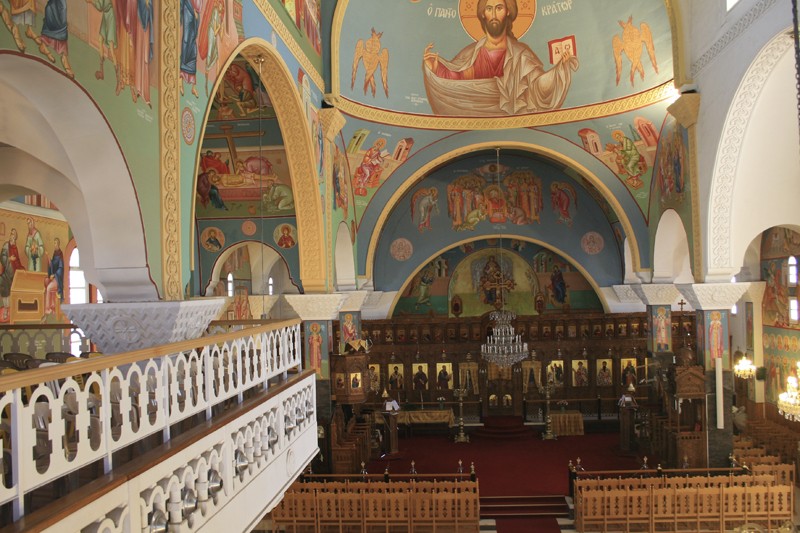 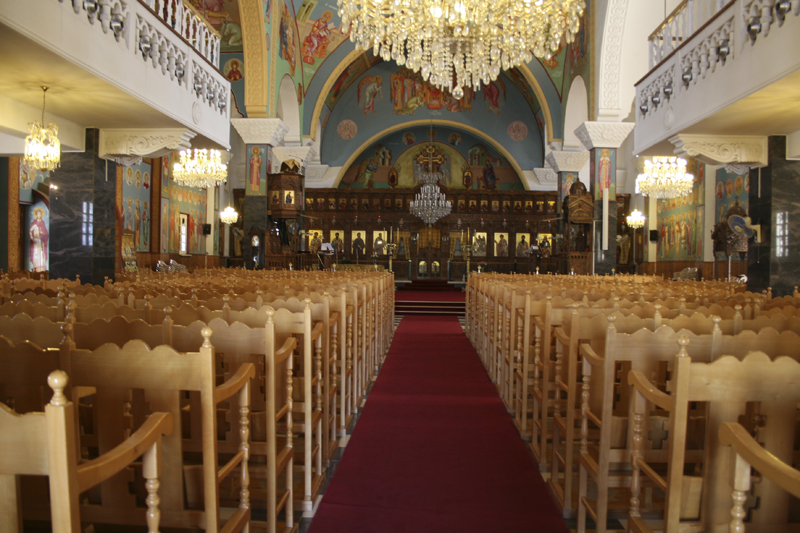 Famed for fine strawberries and a biennial Strawberry Festival, the village of Deryneia in southeastern Cyprus boasts housed and open-air folk art museums and older Byzantine churches, as well as the more recent vintage Agion Panton (All Saints) Church. Begun in 1974, Agion Panton Church’s construction was interrupted by the Turkish invasion of that year but resumed in 1987, finally reaching completion in 1992.

The church’s architecture was influenced by Byazantine and modern traditions, featuring a tiled roof dome and tall bell tower. Murals of the saints and scenes from the New Testament fill its 950 square meter (10,226 square foot) interior, which seats 550. The sanctuary’s acoustics are challenging due to its many hard surfaces, ceiling height, vast empty space, and a dome that amplifies and projects sound waves.

To design and install a sound system for its beautiful but acoustically complex sanctuary, the church’s leaders selected V Hypersound & Light, which specializes in devising sound systems for acoustically challenging houses of worship. With the advice of the Renkus-Heinz team, V Hypersound & Light designed a system based on Renkus-Heinz ICONYX Gen5-series digitally steerable line arrays, supplemented with CX-series point-source loudspeakers.

The Renkus-Heinz IC16-8-RN digitally steerable line array enables up to four beams to be individually shaped and aimed, with beam control effective down to 400 Hz. The array utilizes three four-inch coaxial transducers and five four-inch low/mid-frequency transducers, progressively spaced to extend the length and LF beam-control frequency, along with eight amplifier and DSP channels. The ability to precisely steer individually shaped beams enabled the V Hypersound & Light team to direct the sound at the congregation, while minimizing reflections off the hard surfaces and especially the dome. “The Renkus-Heinz loudspeakers that our team installed sounded great and created a balanced-sounding area, with no dead acoustic spots,” Mouzouras observes.

Although the arrays covered the entire main sanctuary, Mouzouras’ team added a final and very important touch. “We used a Renkus-Heinz CX41 compact, four-inch coaxial, two-way loudspeaker to cover a small area for the priest,” he explains. “This is a point-source loudspeaker that provides a full-range response in a miniaturized enclosure, so we were able to provide clear, accurate sound for the priest with minimal visual intrusion.”