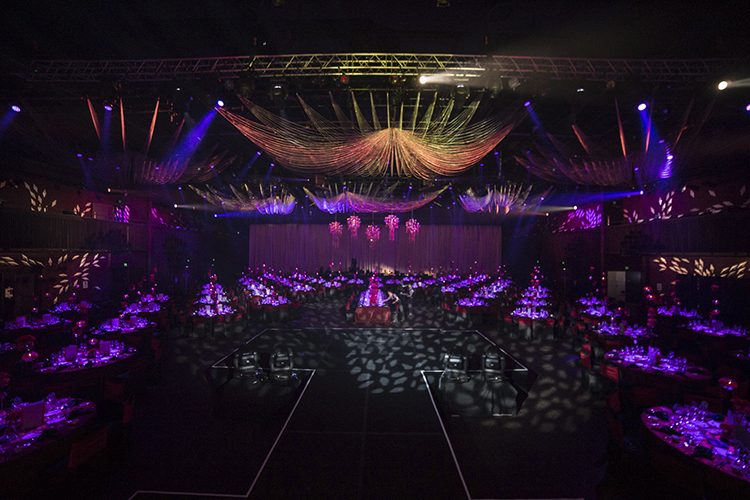 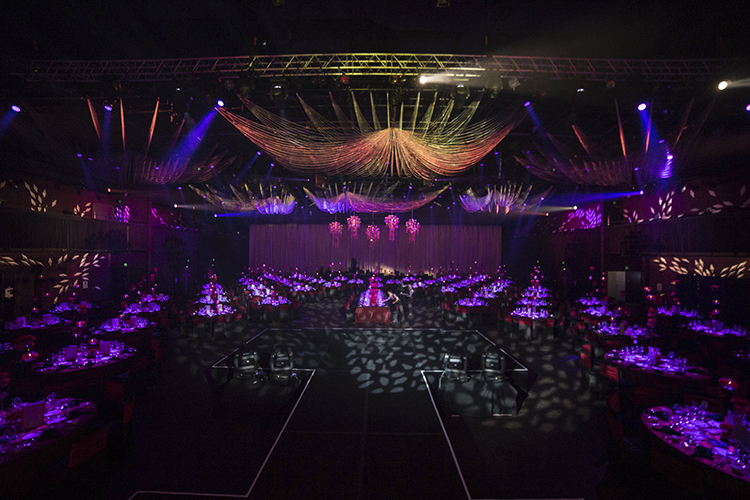 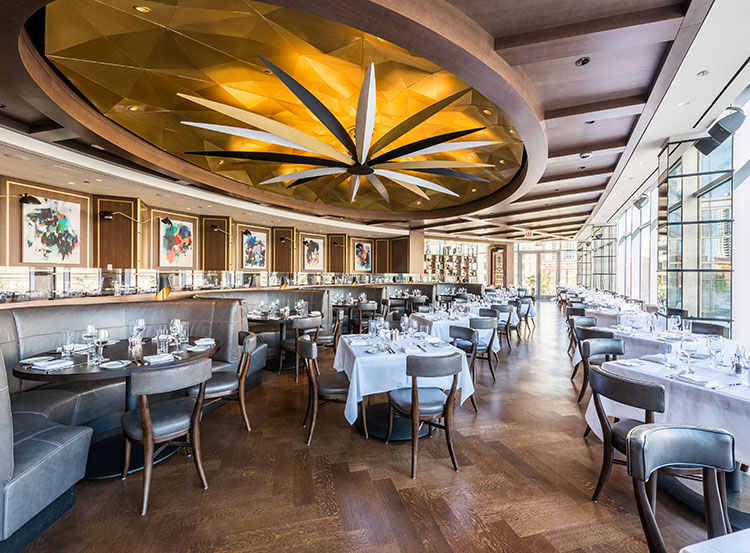 The Gibsons Italian restaurant is a four-story beauty on North Canal Street in the West Loop area of Chicago, the restaurant overlooks the convergence of the North and South branches of the Chicago River.

“Steve Lombardo, the owner of Gibsons, likes really good sound,” Encompass AV owner Tim Pickett said. “He wanted it to sound clear, clean, not overwhelming but loud enough. It’s a very big thing for him. When Gibsons do a project, they do it right; they don’t mess around. Lombardo expects the best, and he’s not worried about the cost, he wants to know that it works, it’s reliable, and it sounds great.” For these reasons Encompass AV exclusively use Symetrix DSPs on its projects.

“About six years ago we were looking for a DSP that had great performance at a reasonable cost and was controllable over IP,” Pickett recalled. “One of our vendors mentioned Symetrix, so we tried a Jupiter 8 and then a Solus DSP. We did A/B comparisons with a major competing DSP, but it was not nearly as user friendly as the Symetrix. The Symetrix sounded a lot cleaner, too; the other DSP coloured the audio, and we didn’t like that.” Tim’s team were impressed by Symetrix DSPs’ reliability. “After a year, we realised the Symetrix processors were really stable and solid in the field,” he said.

“We like bulletproof products so our systems are bulletproof and Symetrix DSPs give us that. They’re also very easy to programme; their user interface is far superior to the others we tried. We fell in love with Symetrix processors and got into the Radius, then the Prism. And by just using Symetrix, we only have to train our staff on one line of products.” At the four-level Gibsons Italia facility, the Encompass AV team installed two Symetrix Prism-series DSPs, “It’s a very large building, and we were delivering audio to multiple floors,” Tim explained. “We needed to stream multiple sources and feeds to two different locations over the Dante network because we had the MDF room on the fourth floor and there was an IDF breakout on the second floor. We used a Prism 8×8 on the fourth floor and a Prism 4×4 on the second floor to give us the processing power we needed and to break up the processors, since each processor manages a handful of Dante-enabled Lab.gruppen D-series amplifiers. There are no analogue outputs, just Dante streams.”

The ground floor of Gibson Italia is essentially a small entry with a receptionist, but is served by the audio system too. Lifts transport guests to a second-floor luxury bar and lounge, a high-end dining room on the third floor, and a fourth-floor roof deck with a retractable roof, a bar, and a lounge that can be rented for private events.

Every area is served by the Symetrix network, Lab.gruppen amplifiers, and Martin Audio CDD-series loudspeakers. The dining room also uses Martin Audio C6.8T in-ceiling speakers, while the rooftop system muscles up a bit with a combination of CDD10s and Martin Audio CSX118 subwoofers. Encompass provided a variety of inputs to the Symetrix Dante network. Three Sonos connect networked audio players enable streaming of the venue’s commercial Spotify account, and there are two CD sources for video and four Shure wireless microphones.

The rooftop lounge sports an Attero Tech unD6I0-BT Dante-networked audio wall plate, which offers stereo Bluetooth inputs and stereo analog inputs on RCA and 3.5 mm TRS jacks, plus stereo outputs. Downstairs, near the DJ booth, is a 2-in, 2-out Attero Tech unD3IO Dante-networked audio wall plate. “Attero Tech is a good match for our Symetrix Dante networks. It’s solid stuff, it sounds great, works great, and we haven’t had any issues. And Symetrix DSPs work very well with third-party products such as Attero Tech interfaces and Lab.gruppen amplifiers. They all talk and play nicely,” Tim said.

“It’s another benefit of using Symetrix DSPs.” System control relies on custom software written by the Encompass AV team, while a Symetrix ARC-3 wall panel in the main fourth floor rack provides emergency backup control. “We do the sound systems for all of Gibsons’ restaurants,” Tim explained. “The sound quality at Gibsons Italia is second to none; they are very happy with the sound. And by basing the system on Symetrix DSPs and other high-quality components, it’s extremely reliable and will continue to provide that quality.”