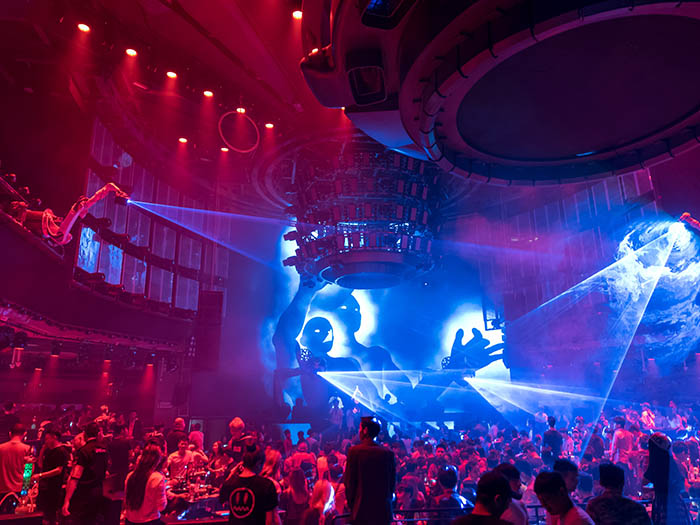 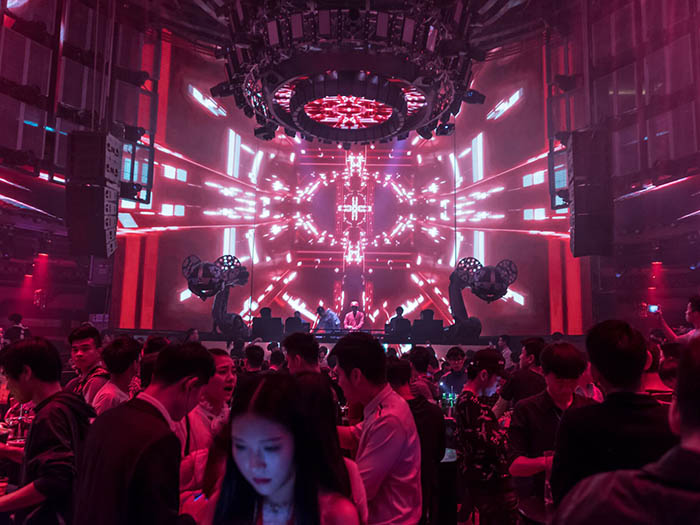 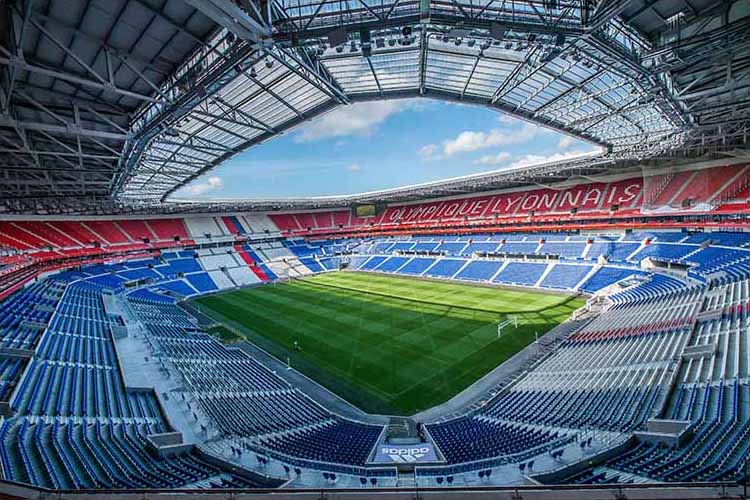 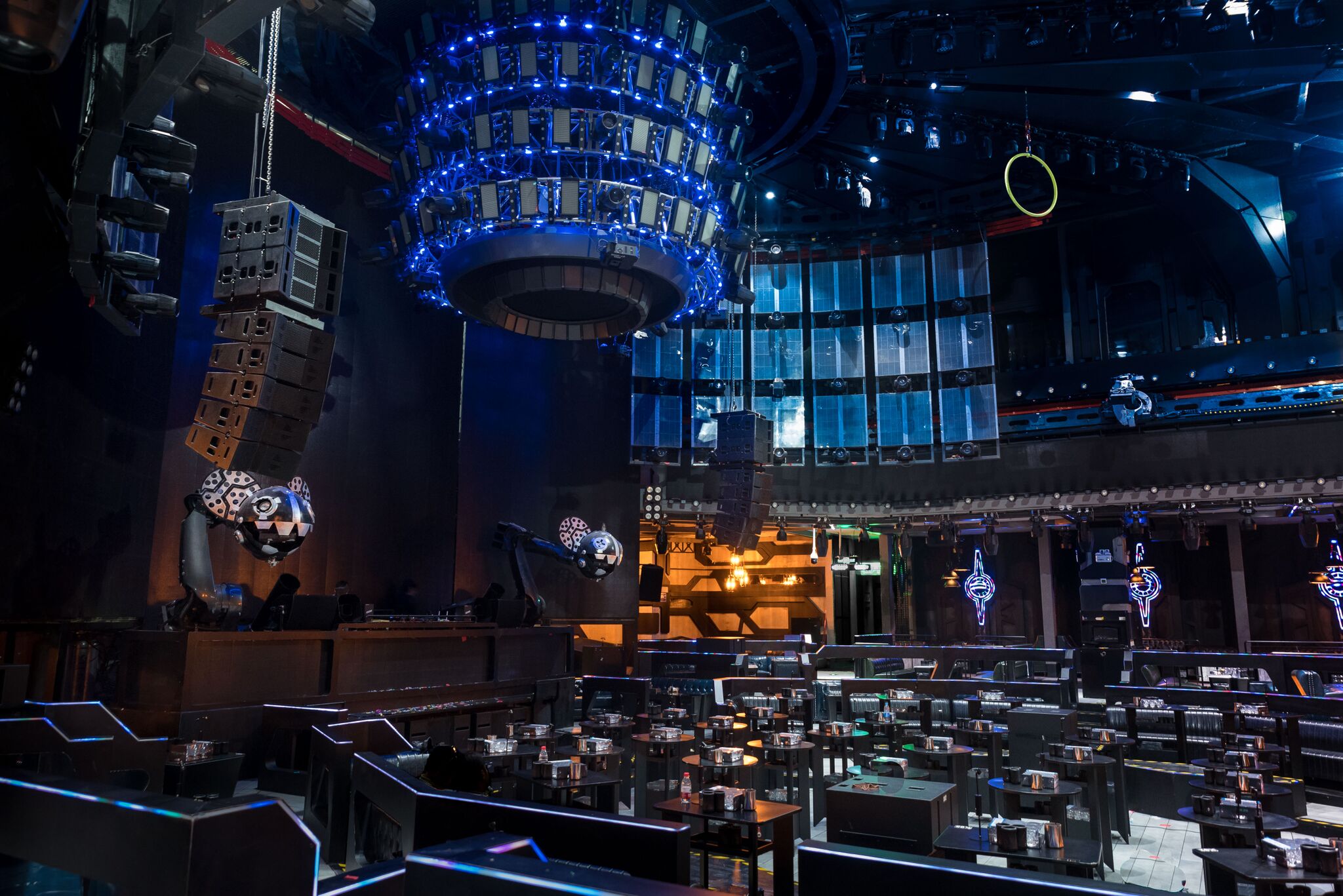 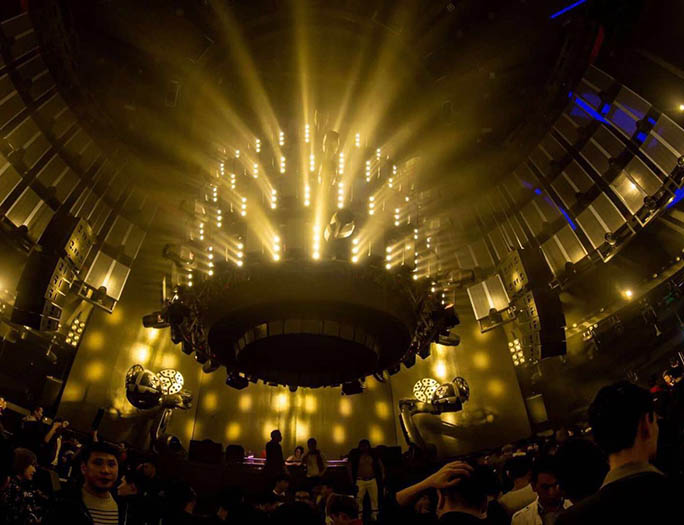 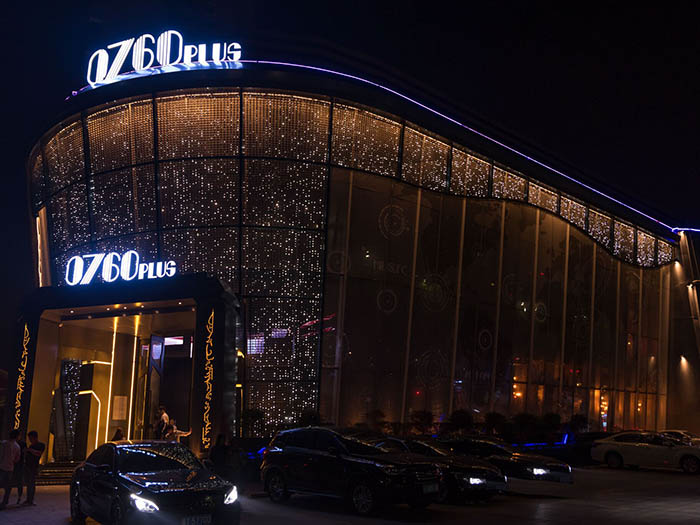 The city of Zhongshan, located close to Hong Kong and Macau, has been mooted as one of the most liveable cities in China. Enjoying considerable wealth, it also benefits from a thriving tourist economy and vibrant entertainment scene – of which 0760 Plus nightclub
in the Shiqi district is now at the centre. An extension of the 0760 nightclub chain named after Zhongshan’s dialling code, the new venue is stylish, fashionable and
one of the biggest clubs in the area. The music is of course at the heart of it all and in order to guarantee the best possible sound quality, French manufacturer of high-quality professional loudspeakers and audio equipment APG was selected as the backbone of the
audio setup.

APG’s Uniline speaker range was selected for the main PA situated to the left and right of the stage 3.3m off the ground. Six UL210 cabinets, four UL210D cabinets and four UL115B bass cabinets are divided between the two arrays. The UL210’s deliver the long throw element of the line array, with the UL201D providing the mid throw and the UL115B’s the low end. Configurable in a number of ways depending on the elements used, at 0760 Plus they are in extended mode – best for high-energy music applications such as a nightclub environment. Offering maximum versatility and scalability in order to cover the whole field of applications of line array systems under one roof, the speakers boast an impressive power to size ratio, alongside horizontal directivity – meaning they are unobtrusive and make no compromise on sound quality.

Club founder Hong Libo said: “After having compared the different audio brands in a number of entertainment venues in China, I finally chose APG for its strong energy and impactful sound. Clean and layered, the performance of the modular Uniline line array has met our expectations and I strongly believe that the 0760 Plus is one of the best sounding clubs in Southern China.”

Ben Huang of TR Audio attested: “0760 Plus was our most significant APG installation to date and to say it has been a success is an understatement. APG speakers deliver a sound that is true and natural, and the performance across its whole spectrum of products is very good. In my opinion, its products are as good as any first-tier speaker brand in the world.”

The 0760 Plus club required some flexibility within the sound system to cope with not only DJ sets, but also live bands and shows. It also had to provide coverage throughout the entire venue (800sqm) and ensure that everyone enjoys the same quality of experience. The APG set up achieved this while mitigating the challenges of the architecture and ensuring the placement was aesthetically pleasing and didn’t impinge on the overall design of the space. Indeed, the 0760 Plus Club was originally a car garage. With the interior of the venue more than 11-metres high and with some structural challenges such as pillars to address, the club found in APG a manufacturer they could trust to deliver smooth and consistent sound coverage.

The club owner wanted a high spec design and a layout that wouldn’t interfere with the lighting and visuals. That is why he chose APG line array, considering it as a modern solution for club applications, which is ideally suited to this type of scenario.

A further consideration was the proximity of the club to its residential neighbours. Avoiding noise disturbance was of key importance and Hong invested heavily in architectural acoustics so that the necessarily high SPL could be maintained. Sound isolation and acoustic diffusion plates were also installed in the main room to avoid a build-up of sound caused by irregular surfaces in the décor; glass, mirrors and stainless steel were not used at all in the club to avoid sound reflections. Every care was taken to minimise acoustical challenges and thus preserve the all-important quality of the sound.

The music is of course at the heart of this new stylish, fashionable and one of the biggest clubs in the area. The sound had to be powerful and punchy as well as clean, to reproduce the difference layers in electronic dance.