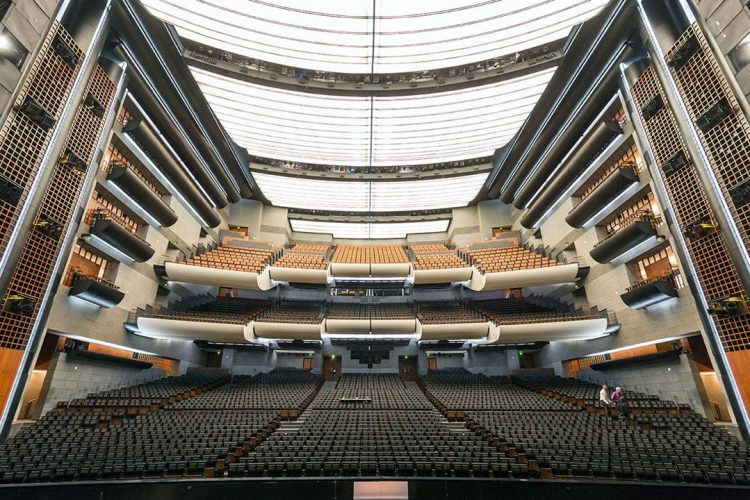 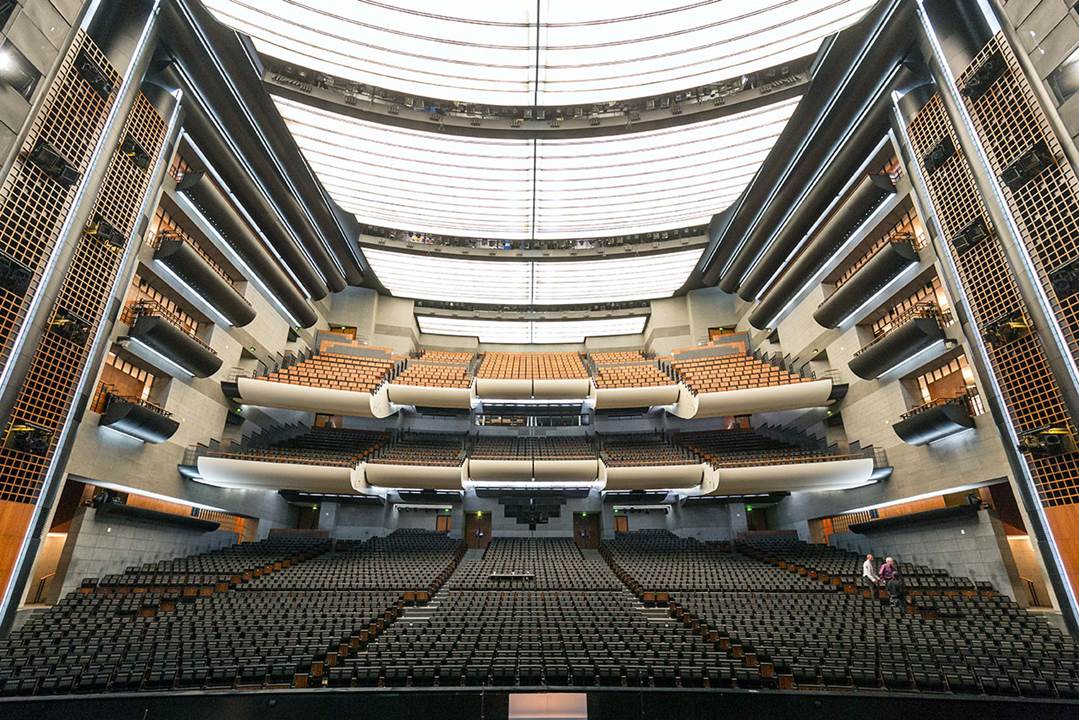 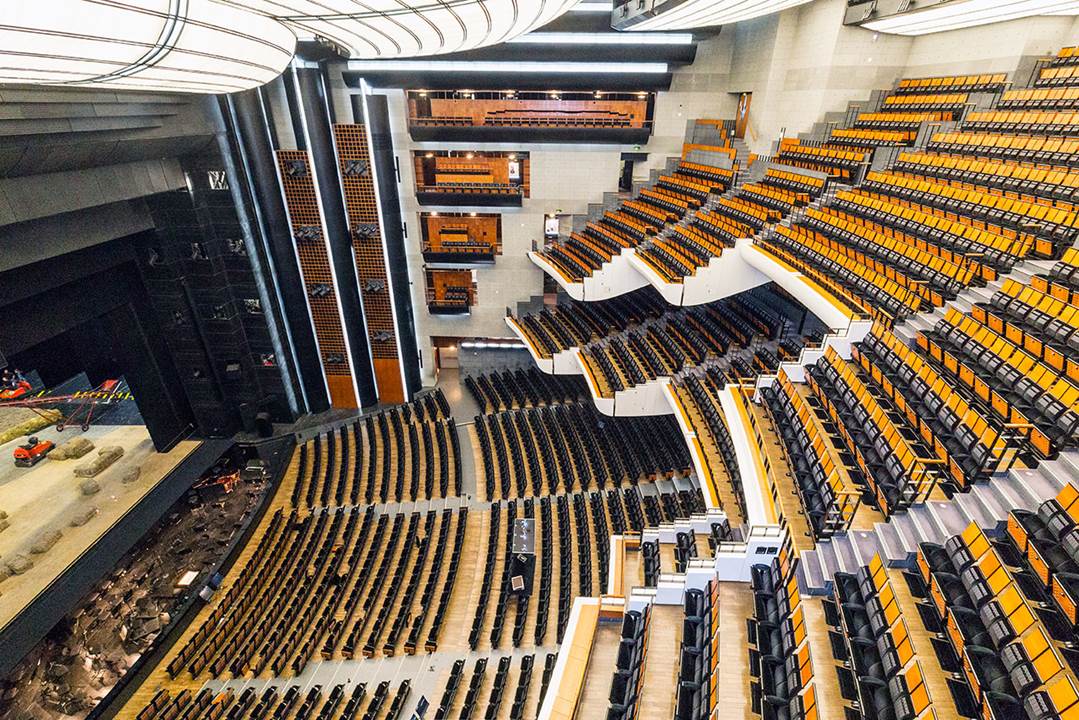 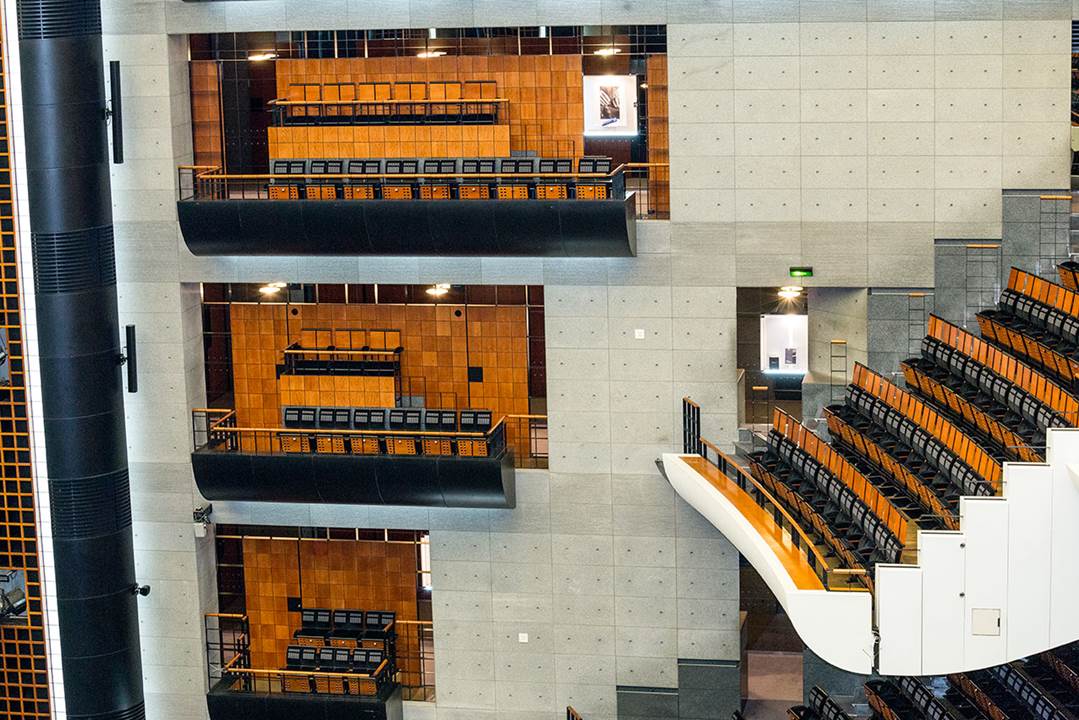 The Vienna State Opera, or Wiener Staatsoper, has a storied history dating back to 1869. With a capacity of over 2300, it is one of the busiest opera houses in the world, playing around 50-60 different operas every year in a repertory system, as well as numerous traditional and modern ballet productions by the Vienna State Ballet. With rolling productions and ever-changing requirements for costumes, cast calls, music cues, lighting and more, communication between the team of stage managers is critical. Until recently this was based on a cue light system.

“We generally have between three and six stage managers working simultaneously on the stage. They have always communicated with light signals controlled by the stage management system and everyone reads their score with cues and notes,” said Athanasios Rovakis, chief sound engineer, Vienna State Opera. “They wanted to be able to talk to each other as well, so we began looking for a suitable communication system.”

The main requirement was that it had to be wireless. “The stage managers are roaming around and behind the stage, so it was important that they were not impeded or limited by wires,” said Athanasios. “I had seen FreeSpeak II in use at other opera houses like Stuttgart, so I knew it was well tested in similar situations to ours, and knew by reputation that Clear-Com was a very reliable brand.”

4Audio, the authorized reseller, and the regional Clear-Com sales manager came to the opera house to demonstrate FreeSpeak II for Athanasios and his team. “We were very impressed with the demonstration, and we had good coverage of the stage right after switching it on” he said.

The Vienna State Opera installed two FreeSpeak II transceivers and a base station, and currently have six beltpacks.

“It is a simple system that offers intuitive handling – the stage managers can use it without looking at their beltpacks, simply by feeling where the buttons were. This is important as they need to watch the stage and for cues,” explained Athanasios. “They were also able to specify a one-ear headset, to enable them to hear the music and know where they are in the music score, and can mute the mic simply by lifting it up.

FreeSpeak II is a five-channel, full-duplex wireless intercom solution, ideal for large-scale, complex designs or specialised applications. Once again, It has fulfilled the role it was meant to by giving exceptional RF performance and reliable connections across the system give users the peace of mind they need for staying connected at every major event, programming, stage performance, critical or mass area operation. FreeSpeak II delivers an unmatched solution that simply works time and again—even in the most challenging RF environments and this has been proved yet again with the Vienna Opera House

“The system works well, it’s very reliable and the stage managers are happy with it,” concluded Athanasios. “It is also easy to expand, should we need to in the future.”